Hundreds of MacRumors forum members have been posting to a dedicated thread to discuss the issue, which spans 20 pages at the time of writing. The problem appears to be concentrated on 13-inch Retina MacBook Pros (Early 2015) running 10.11.4. Users report that their system becomes totally unresponsive at seemingly random times, with no way to regain access to their Mac other than to force a hard reboot.

The issue was initially reported by MacRumors forum member Antonnn on March 25, four days after Apple released what is the third update to the Mac OS. In Antonnn's case, the freezes have been occurring "about once a week", first when browsing in Safari, but then also during the use of other Mac apps, including Adobe Photoshop and several third-party browsers. The freeze seems to affect not only the screen and mouse cursor but also the Mac's Force Touch trackpad, which completely loses feedback.

Many other users have since reported similar freezes after updating to 10.11.4, with some 15-inch MacBook Pro (Mid 2015) owners also experiencing issues. One potential cause has been identified from crash logs as a system framework or an Intel Graphics driver bug. The issue is also being reported after installing Safari Technology Preview Version 1 and OS X 10.11.5 Public Beta 1.


Video by MacRumors forum member appleofmy"i" experiencing the freeze issue.​
Apple Support is apparently aware of the issue but have so far offered no concrete solution. Meanwhile, some users have resorted to downgrading their system to 10.11.3 by restoring from a Time Machine backup or performing a clean install.

We'll update this post throughout the day as we learn more. 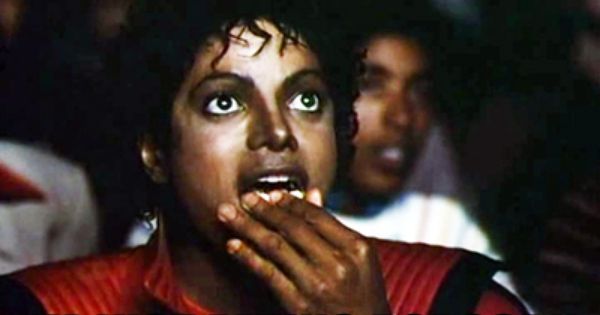 Thankfully not issues here on mid-2015 MacBook Pro yet ironically my 2013 Macbook Pro used to do this all the time. I even had the entire logic board replaced and it still did.

The 2015 next freezes, hasn't once yet, but the fans are too loud on. My average work style causes them to kick in at 50% to 100% quite often, resetting NVRAM has never help, quite annoying, makes working on the 12" Macbook more enjoyable.
Reactions: !!!
R

i had the same issue with my mac air book late 2015 i cleared my history and cookies and the problem went away I'm on el captain
Reactions: Digger148

Can't confirm: I have this particular 13" Macbook Pro (Core I5) and updated to 10.11.4 on day one. My only complain since then is, that the macbook tries to connect to the eduroam-network at my university, even it's put to sleep, which cause a massive battery drain (dark wake count: 954 in 5h). Every other network is fine.
Reactions: brianvictor7

1 crash since windows 10.
1 crash at least every other week with El Cap.

No such probs here for me on an MBP Retina or a couple of MBP Airs, with any of the OS's mentioned. Probs with Twitter app stalls until the latest version, but that is about it. Third party prob?
Reactions: brianvictor7

Genuinely, thank you for posting this MR ... I had a handful of rMBPs serviced with replacement MLBs as a precaution based on this description from end users. So now I know that it's a bug rather than a hardware issue and will be fixed.

There was an iMac as well that was exhibiting similar issues (21.5", 3.1GHz i7, 8GB RAM, GT 750M) -- that's getting a new LB fitted as we speak. Can anybody confirm if the issues are just isolated to the rMBPs, or other machines too?

Had one crash after that update on my 2012 MBP Retina.
But might have been a fluke.

niun said:
1 crash since windows 10.
1 crash at least every other week with El Cap.
Click to expand...

But my fantasy is steady is basically what you're saying. ^^
V

Latest beta version solved the problem for my MBA. Before I was experiencing the issue a few times a day. Now it is fine since the upgrade.

This bug is not only affecting Mac Book Pro. If you are experience this bug on Mac Pro Early 2008 you can simply resolve this bug by simply reinstall your graphics drivers on OSX.
For example if you are using Nvidia Web-drivers.

Yes, or because we're in 2016. You're stuck in the past and probably late to the party. Anyway, it's a OSX and Apple problem, hopely it will be fixed. Can't understand how bashing Windows could be helpful for those affected
Reactions: moxin, RuralJuror, kdarling and 30 others

dragje said:
But my fantasy is steady is basically what you're saying. ^^
Click to expand...

What I'm saying is this.
OSX is no better or worse than any other operating system.

In my personal experience using a Mac for work and Windows for development. Crashes are becoming more frequent on the mac. Much more frequent.
Reactions: RuralJuror, Avalontor, vmistery and 15 others

Apple Engineer: Er...OK. What about investing in a Chinese ride-sharing company in the meantime?
Reactions: outsidethebox, vmistery, Sandstorm and 21 others

Apple is probably "investigating the issue" by now...

So not a big deal, right? And all the laid off Vista developers now working for Apple on El Capitan are probably writing a hotfix soon...once they've finished "investigating".
Reactions: tubeexperience and AleXXXa
S

This issue is happening on my MacBook air early 2015 as well. Thought of it as a hardware issue, since the clock doesn't move at all.
Reactions: ignatius345

You know what makes this even worse. For some reason people expect windows machines to die on them at any moment.
Ol reliable Mac on the other hand never crashes.

While you're at it check out the tweets from hundreds of students losing all their finals work due to some random freeze and this faith in the awesome power of Mac!
Reactions: RuralJuror, dylin, 997941 and 7 others

Huh, Windows isn't what it used to be. I haven't had a system wide freeze on Windows 10, ever. I've had a single crash while gaming and that's it.
Reactions: moxin, MaximizedAction, RuralJuror and 19 others
You must log in or register to reply here.
Share:
Facebook Twitter Reddit Email Share Link
Register on MacRumors! This sidebar will go away, and you'll see fewer ads.
Sign Up
Top Bottom