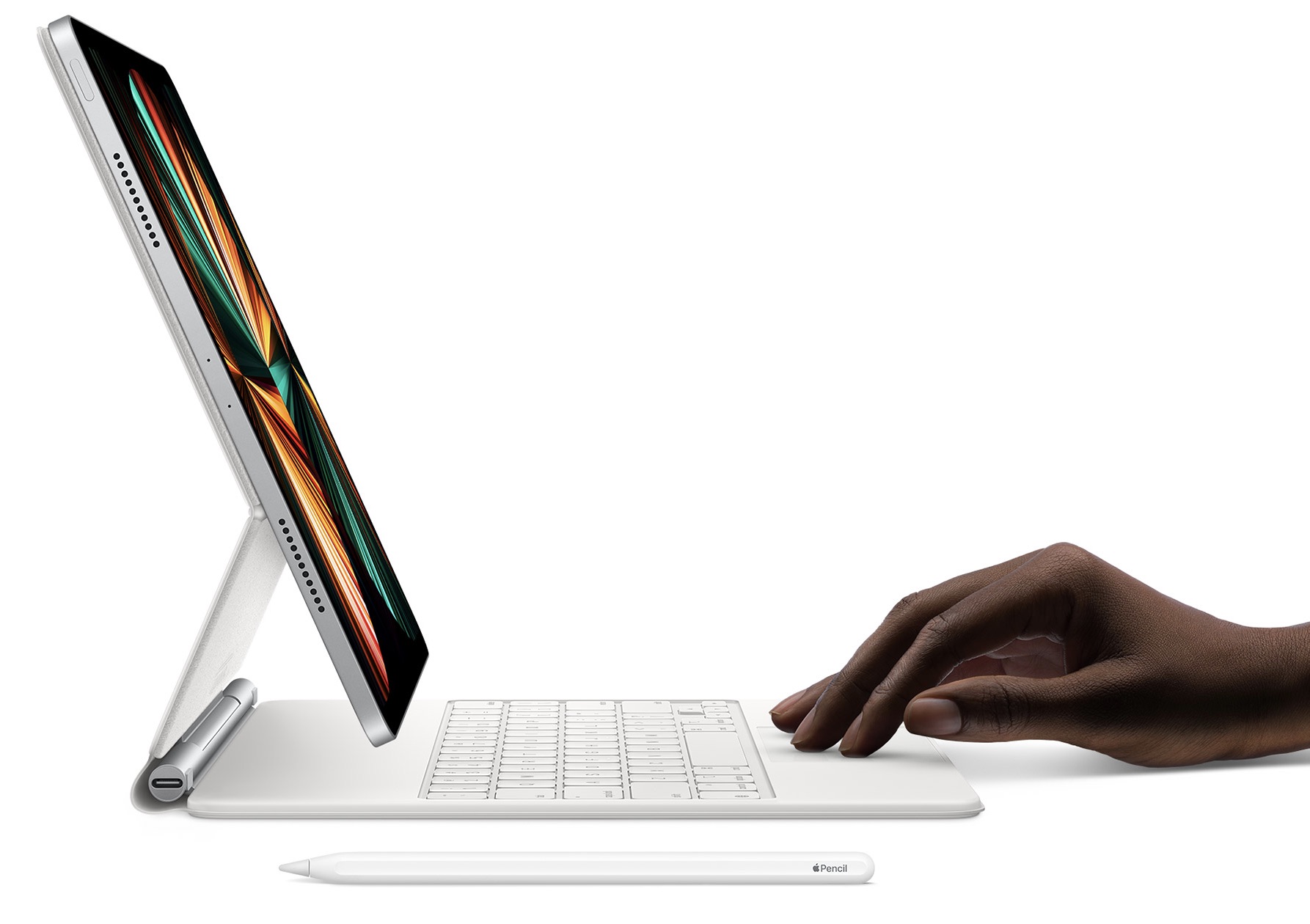 Both models come with up to 2TB storage and have higher RAM amounts at higher storage tiers, which can drive costs up.

A cellular 12.9-inch iPad Pro with 5G connectivity and the 2TB storage option costs a total of $2,399, which is actually more expensive than the highest-tier M1 MacBook Pro and MacBook Air with all available upgrades.

The maxed out 11-inch cellular model will run you $2,099, which is just about as expensive as the maxed out M1 MacBook Pro. Neither of those price points includes an Apple Pencil or a Magic Keyboard, both of which can be purchased separately.

Apple's new iPad Pro models will be available for order on April 30 and will ship out in May.

All that power and iOS apps lol for that power and price it’s better to go for a computer with macOS
Reactions: Rashy, LeeW, nerdherdster and 48 others
S

Such a pity with the top heavy configuration in the Magic keyboard. I'm thinking usage out in the field.

The higher end MacBook Pros with M1X must be something really special.
Reactions: macsound1, innov8ional, AxiomaticRubric and 1 other person
B

The people who need to max this out will know exactly who they are, and they probably won't be paying for it themselves.
Reactions: Rashy, FightTheFuture, collin_ and 32 others

MacRumors said:
A cellular 12.9-inch iPad Pro with 5G connectivity and the 2TB storage option costs a total of $2,399, which is actually more expensive than the highest-tier M1 MacBook Pro and MacBook Air with all available upgrades.
Click to expand...

That’s a lot of money, folks!

Anyway, some pros will need it and buy it....
Reactions: GeoStructural, amartinez1660, progx and 4 others
C

Makes sense. Not for everyone.
Reactions: GeoStructural, amartinez1660, noblesoul117 and 4 others
A

If the software improves, it'll justify the price. We just bought an M1 MacBook Air for $500 less than this and it came with a 'free' keyboard & trackpad.
Reactions: nerdherdster, GeoStructural, TheRoadRunner and 11 others

The maxed out price doesn't concern me so much, but 1300€ for the 256GB version of the 12.9" model is a solid 200€ more than the current one. Makes me wish again there was a 12" version of the new iPad Air.
Reactions: bilbo--baggins, georgivelev, UnbreakableAlex and 4 others


even 8GB I think is a little too much
Reactions: Rashy, amartinez1660, u+ive and 6 others

Is the ram increase just for the higher storage it’s not fair you have to spend more for something you don’t need just for more ram
Reactions: herok
L

Still only rates .4 on “XDR with Stand” scale.
Reactions: Mountain/\Ash, TheralSadurns, Unregistered 4U and 3 others

12.9" with 16 GB RAM and Big Sur please.
Reactions: dunnstable, CuteLittleMiku, GeoStructural and 19 others

careful what you wish for that may come at a price of $999 too 1299 the way apple like too price stuff
Reactions: schneeland

It's good to have options from 128GB of storage to 2TB for everyone.
Reactions: u+ive, amartinez1660, Darth Tulhu and 1 other person

LOL 2400 for a device with a castrated OS, no thanks.
Reactions: Rashy, MacBH928, TheRoadRunner and 27 others

The worse part about this announcement is the fact that I'm gonna have to wait until June to find out all the details about software support that I really want to know. I mean an M1 is only really useful if you can fun the softare that supports it and not allowing the Mac apps is gonna SUCK!
Reactions: dazzlingirl, Nareksisisosu, amartinez1660 and 7 others
L

With a root shell so that own it, then I might be interested.
Reactions: u+ive, progx, Mountain/\Ash and 3 others

Wildkraut said:
LOL 2400 for a device with a castrated OS, no thanks.
Click to expand...

that only if you want the top end of the iPad line up other wise just get the $799 model and be happy
Reactions: amartinez1660 and Sebosz

New iPad Pro, yes, most likely.
2tb? Probably not for me. My wife... debatable.

It is a pretty damn good upgrade for me. I am not too picky.
Do what I need it to do and we're good.
I don't have to many expectations, just perform or I look elsewhere, but this dog looks like it'll run.
Reactions: amartinez1660

They are really going to have to overhaul iPadOS for this thing. I thought for a few seconds they were going to show it dual boot Big Sur when connected to the magic keyboard.
Reactions: Falhófnir, TropN, amartinez1660 and 14 others

Only to end up using iOS apps which are mostly optimized for the low end entry model iPad anyway, something doesn’t add up ... ?
Reactions: Rashy, The1andOnly, MacBH928 and 17 others

I rather have the future 30" iMac if we are going that expensive, and keyboard is not extra.

Does the $2400 include the pencil/keyboard as shown in the image?
S

This will be cheap when after WWDC...apple will come and say that those with 16gb of ram can run dual boot between ipadOS and macOS
Reactions: mymacrumorsname, u+ive, amartinez1660 and 10 others
You must log in or register to reply here.
Share:
Facebook Twitter Reddit Email Share Link
Register on MacRumors! This sidebar will go away, and you'll see fewer ads.
Sign Up
Top Bottom