Microsoft CEO: 'We Built More Devices Than We Could Sell'

During an internal town hall event earlier this week, Microsoft CEO Steve Ballmer and COO Kevin Turner spoke to employees about the recent $900 million writedown the company took for the Surface RT, reports The Verge.

"We built a few more devices than we could sell," said Ballmer, in reference to slow Surface RT sales. Ballmer also went on to say that the company isn't happy with its Windows sales, either. "We're not selling as many Windows devices as we want to." 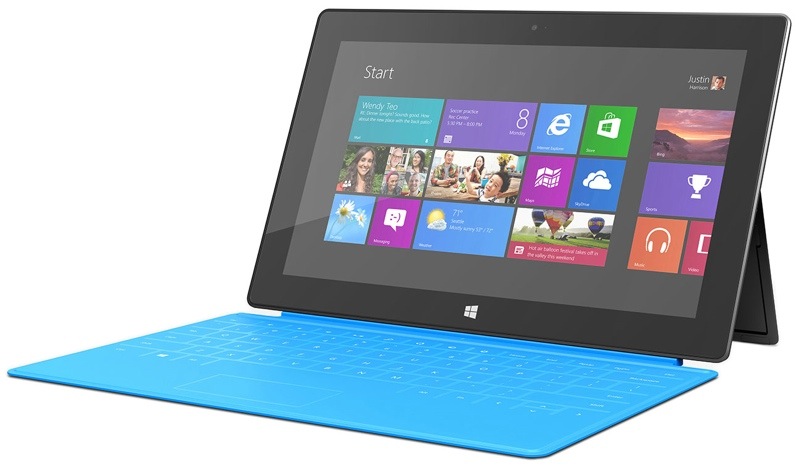 Microsoft has been heavily marketing the Surface RT as an iPad competitor in a series of negative advertisements that highlight the Surface RT's multitasking capabilities, its accessories, and its low price.

Earlier this month, Microsoft was forced to drop the price of its Surface RT tablets by $150, making the base price for the 32 GB tablet just $349, or $449 with a Touch Cover included. Despite the slow sales of the Surface RT, Microsoft is pushing ahead with plans for a second generation tablet.

Article Link: Microsoft CEO: 'We Built More Devices Than We Could Sell'

"We built a few more devices than we could sell," said Ballmer
Click to expand...

At least he has a good grasp on the situation
Comment

So basically, Microsoft is saying they built more than one Surface?
Comment

Totally agree. Ballmer has been a cancer to that company. The board should have ousted him years ago.
Comment
J

one of the problems is no built in 4G LTE Connectivity....

JNanny said:
People can see thru the negative advertisement and can see what iOS devices can do better than Androids. Stop all this BS advertisement and spend your resources in making a better product!!
Click to expand...

I tried the touch cover at the store and it was aweful. Not sure why anyone would buy it, the keys dont move and they arent sensitive so you end up hammering each one two finger typing style. RT was DOA anyway as there are full tablets with windows 8 running Atom cpus for the same cost and with the same battery life. Too bad even the new atoms are much slower than even core 2 duos
Comment

After seeing what happened to Blackberry and Windows tablets it clear to say that the competition should not be trying to compete with Apple, they should find a different niche that need filling.
Comment
J

There's an easy fix for all of Microsoft's problems:

1) Ditch Windows RT. Immediately. Before more people buy it at a fire sale and expect things for it.
2) Get Haswell-powered Windows 8 tablets out ASAP, at the iPad's price MAX. Doubling the price isn't going to sell them.
3) Remove Metro from desktop Windows. Or at least give the option of a FULL Windows Desktop or Metro (not this silly start button that goes to Metro in 8.1). Either way it's on the same core, who cares what the GUI looks like?
Comment

I think the best thing for Apple (and Google) is if Ballmer stays as CEO of Microsoft.
Comment

"We thank everyone for their patience, we're making iPads as fast as we can." - Steve Jobs
Comment

Translation: Copying anything Apple do with a cheap knock off version worked with Windows, even when it was an absolute joke in comparison, instead of just an eyesore, but we can't seem to set our photocopiers properly and do the supermarket brand routine with tablets for some reason
Comment
J

Even dropping the base model to $349 I don't see these things moving. My guess is we will see another HP touchpad fire sale, these things will probably be $99 by Christmas.
Comment

I think that is an indication about how bad is the public awareness of the surface has now.
Comment

Microsoft should focus on what it's best at - the enterprise. Spin off Xbox and focus on things like Office, database, Azure, etc. rather than redesigning Windows to play in the consumer electronics space. What's wrong with Microsoft being more like IBM?
Comment

Microsoft should stick to what they do best, office
Comment

JNanny said:
People can see thru the negative advertisement and can see what iOS devices can do better
Click to expand...

While I would still buy an iOS device, I think they make some valid points. I would like to be able to switch to having two apps run side by side at times. Hell, even if it was just two phone apps, that are intended for the small size, running side by side on the tablet. I can't count the number of times I have to switch back and forth between two apps to accomplish a single task. And to make matters worse, the double button click, then find the app and click method is annoyingly time consuming when you just want to go back to the previous app.
Comment
3