Apple is widely rumored to release a trio of new iPhones in 2018, including a second-generation iPhone X, a larger 6.5-inch version dubbed the iPhone X Plus, and an all-new 6.1-inch model with some iPhone X features, but not all, at a lower price point of around $600 to $700 in the United States.

While the current iPhone X is limited to Space Gray and Silver, well-connected Apple analyst Ming-Chi Kuo believes at least two of the new iPhone models in the 2018 lineup will be available in additional colors.

In a research note with TF Securities, obtained by MacRumors, Kuo said the second-generation iPhone X will be available in Black, White, and Gold, while the 6.1-inch model is said to come in a wide array of colors, including red, blue, orange, gray, and white. An excerpt from the note follows.

We expect the demands for the new 6.5" OLED iPhone will be better than iPhone X because of similar or lower price but with larger display, dual-sim dual-standby (DSDS), and three possible casing colors (black, white, and gold).

The new 6.1" LCD iPhone is expected to boost better-replacement demands than iPhone 8/8s did due to being equipped with full-screen, Face ID, selling price lower than $700 USD, DSDS and five possible casing colors (grey, white, blue, red, and orange).
Click to expand...

The current iPhone X was already expected to come in gold, but Kuo previously said Apple faced manufacturing challenges with the color, likely related to difficulties anodizing the stainless steel frame to be gold.

We know that Apple did at least prototype a gold iPhone X, as seen in regulatory photos it was required to submit to the FCC prior to the device launching last year. The photos were filed in September 2017, but weren't visible until April 2018, when Apple's confidentiality period expired. 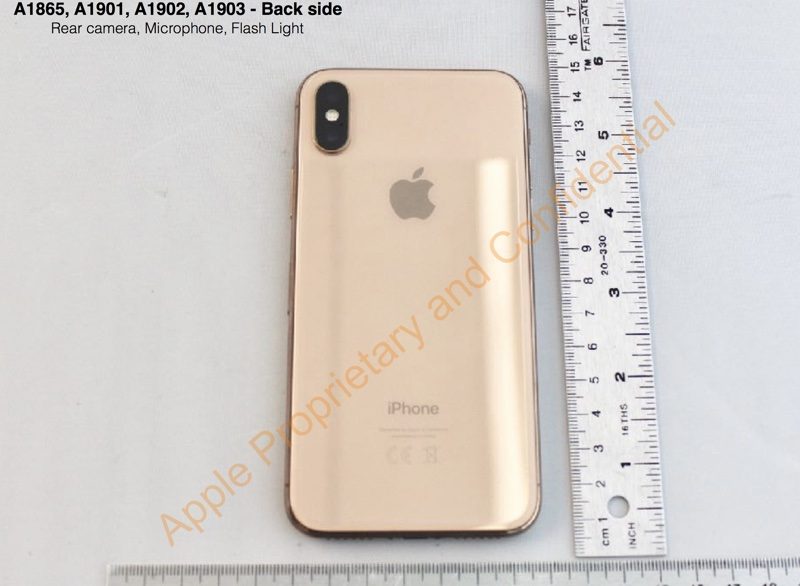 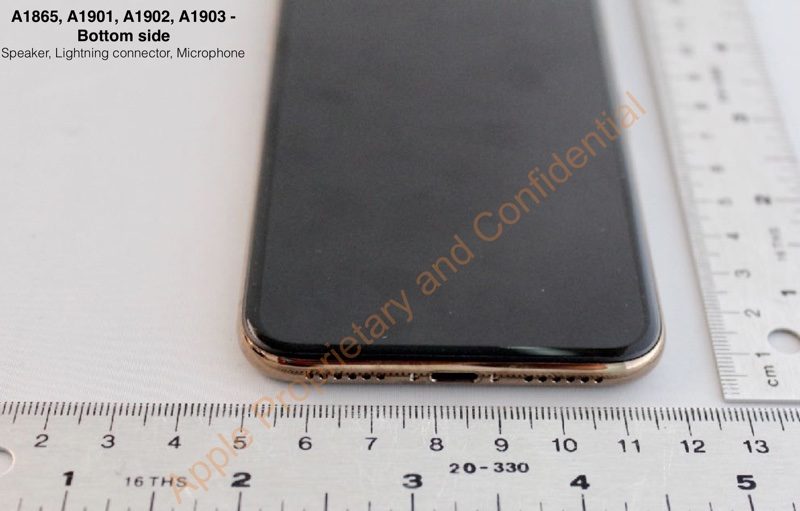 It's reasonable to assume that Apple has figured out how to mass produce the iPhone X in gold, so there is little reason to doubt this rumor.

In terms of the lower-priced 6.1-inch iPhone, it also makes sense that it could be available in a rainbow of colors like one of its lower-priced siblings of the past, the plastic-backed iPhone 5c. The red finish would likely be part of the (PRODUCT)RED initiative supporting the elimination of HIV/AIDS.

Kuo has a respectable track record in terms of outlining Apple's future plans. This is his third Apple-focused research note with TF Securities, where he began working earlier this year after a long stint at KGI Securities.

And a bump for the battery?

If true, it will be interesting how this affects supply and shipping times. When the Jet Black iPhone 7 was released, I remember it had a greater supply strain than the other colors.
Reactions: EedyBeedyBeeps and house13um

I'll get it WITHOUT a case, and I will scratch and dent and wear and tear that thing until it looks like an old beer can off the side of the highway....in about a day.
Reactions: AfridiGerrard786, Skoal, dpjkillian and 11 others

Wasn’t this the same analyst who changed his guess last second when it was discovered he was wrong?

But I look forward to new iPhones, just wish the line up would be more simplified again. I was recently asked of which iPhone to get and I was stuck deciding between the 6S all the way up to the X.

Please let the 6.1" device have brilliant anodized colors like the 5th Gen iPod Nano and not a polycarbonate case like the iPhone 5c.

I thought we weren’t getting anymore Apple leaks from Ming-Chi. Glad to see he’s still doing it.
Reactions: TimSHB, tridley68 and nekonokami

I’m still surprised no new iPad parts have leaked yet.

Clearly a screen the size of an iPad without a home button would have surfaced by now.

I'd dig a bright blue or purple one.

Knock! Knock!
Whose there?
Orange!
Orange who?
Orange-you-glad-to-see-me?!
NO! NO Orange iphone! I am NOT glad to see you! Orange?! Really?

Orange? I can see certain sports fans being triggered by that color haha.

I have got to see what this new blue color looks like. I’m getting bored picking between black and white phones so I’ll go blue as long as it’s not cyan. I’d like a deep royal or navy blue.

Maybe one new color at launch. And then a (PRODUCT)RED version later. They'll probably have gotten the gold and red to Jony's liking. Apple is about simplicity in the supply chain. Can't see them going with so many different colors for their flagship.

Besides, color won't sell the 2018 flagship. Screen size will. 6+, 7+, 8+, and X users are clamoring for a larger sized OLED iPhone. Little need for Apple to give size and color this year.

Man, seeing the gold/black on the front makes we want a X with just a gold band, but black front/back glass. And gold on the rear camera protrusion.
Reactions: AfridiGerrard786, obamtl, Dj64Mk7 and 1 other person

Can't innovate my ass!
Reactions: rjp1, hobsgrg, quietstormSD and 2 others

A nice deep blue would be a welcome change from SG. I still think the gold X looks awful, with a matte finish and more champagne tone, gold looks ok, but shiny imitation real gold just looks horribly chintzy to me. To each their own though. Assuming the 7 stays around I wonder if they will cut down the number of colours available to perhaps just gold, SG and silver?
Reactions: MareLuce and jimmy_uk

Aren't we banning people who speculate on stuff?
B

I wouldn’t be surprised if the blue, orange and red color options are for the lcd version only.
Reactions: AfridiGerrard786, MaximizedAction, arkitect and 2 others

No blue in 5.8” X
Reactions: HarryWild

cwwilson said:
Orange? I can see certain sports fans being triggered by that color haha.

I have got to see what this new blue color looks like. I’m getting bored picking between black and white phones so I’ll go blue as long as it’s not cyan. I’d like a deep royal or navy blue.
Click to expand...