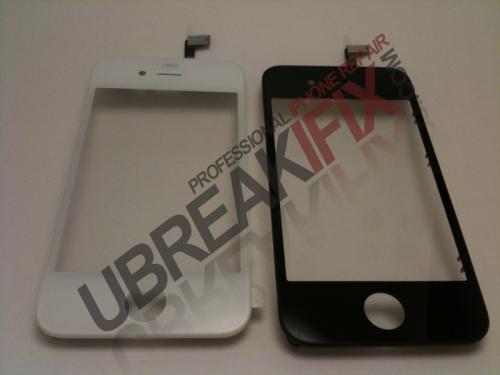 iPhone repair site uBreakiFix earlier this week claimed to have received next-generation iPhone front panels in both white and black. The parts appear similar if not identical to the ones that surfaced at about the same time on a Chinese e-commerce site.

Interestingly, the white front panels from both sources show a physical feature located above the earpiece. uBreakiFix suggests that the feature is the iPhone's proximity sensor, although current iPhone models' proximity sensors are hidden under the glass and nearly invisible unless viewed under bright light. More curiously, neither the black front panel parts from these sources or the prototype next-generation iPhones that surfaced over the past month or so seem to share this physical feature. 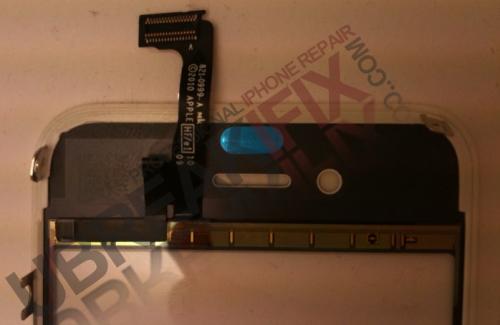 Meanwhile, with this week's appearance of white front panels, observers have been interested in seeing what such a next-generation iPhone would look like fully assembled. While Apple has offered white versions of certain iPhone models since the introduction of the iPhone 3G in 2008, the color has been limited to the back side of the device's body. 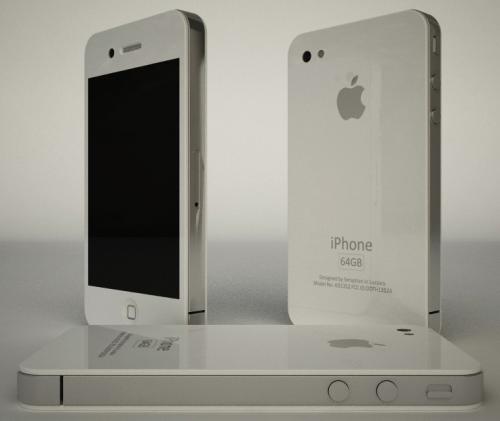 White next-generation iPhone rendering from Seraphan
One set of renderings has been gaining publicity over the past couple of days in light of the possibility of an all-white model. The renderings were first posted as part of a set from user "Seraphan" at Italian site iSpazio. Notably, the renderings were published on April 23rd, well before claims of an all-white iPhone surfaced, but they are based on the next-generation iPhone protoype design that surfaced just days prior to their publication.

I like it. I'd still buy a black one but I hope the white one looks like this rendering. Much nicer than the white 3GS.
Comment
S

I was sceptical of the design at first... but in white it's beautiful.
Comment

I'm still hoping for more colors (doubtful though). I'd pick up the white one this go round - looks fantastic.
Comment

Sigh, I still don't like this generation. But I will have to see them both in person to really decide if I want one.

scottparker999 said:
I was sceptical of the design at first... but in white it's beautiful.
Click to expand...

I too was skeptical of the white after seeing just the shell ... but when it is all put together, looks great, maybe better than the black!
Comment

Makes me come over all nostalgic

I do not care what the feature is. I'm ready to buy!

Black or white - who really cares!

That's all I ever want to know is if it's going to have a 64GB model or not!

arkitect said:
Makes me come over all nostalgic

The white is certainly the Cadillac of all the phones out there.
Comment

My wife and her girl friends will love the new white iPhone.
Comment

(And I'm male. And straight  as if that would really matter.)
Comment

I like it. Still prefer the rounded backs, but I suppose I'll just have to wait until I have seen one in the flesh before making any further judgements
Comment

ValSalva said:
I like it. I'd still buy a black one but I hope the white one looks like this rendering. Much nicer than the white 3GS.
Click to expand...

Although I also think it's best to go for a black one I'm really considering buying the white version if it looks like this. Looks awesome. Let's hope the specs live up...
Comment
M

It certainly is attractive, but I'll never get another white gadget. White Dual Shock 3 gets dusty and ugly and the white Macbook gets discolored. I'll takes streaks on shiny black electronics any day.
Comment
S

That's the Ugliest Phone I've Ever Seen. I doubt they sell more than one or two of those. I HaVE to go throw up now.
Comment

sonicwind said:
That's The Ugliest Phone I've Ever Seen. I Doubt They Sell More Than One Or Two Of Those. I Have To Go Throw Up Now.
Click to expand...