Mozilla Planning to Release Firefox iOS App in the Future 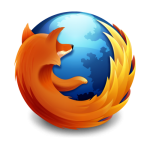 Mozilla's Firefox browser may soon make its way to iOS, according to a statement made by Firefox VP Jonathan Nightingale at an internal Mozilla event. Relayed by Firefox release manager Lukas Blakk and shared by TechCrunch, Nightingale reportedly told Mozilla employees "We need to be where our users are so we're going to get Firefox on iOS."

The statement about releasing Firefox for iOS marks a major shift in ideology for Mozilla, as the company has, in the past, repeatedly said that it would not offer a version of Firefox for iOS because of Apple's refusal to allow third-party browsers to use their own web engines. In 2013, then VP of product Jay Sullivan said that Moziila didn't "feel like it could build the browser it wants" on Apple's platform, and that it had "no plans" for an iOS version of Firefox.

An inability to provide custom web engines along with the lack of an option to set a third-party browser as the default browser makes it difficult for companies like Chrome, Opera, and Firefox to create satisfactory browsing experiences on Apple's platform. Though little is known about Firefox's plans for iOS at the current point in time, it is likely Mozilla will need to continue to work within Apple's limits.

Though Mozilla's Firefox browser for iOS will be subjected to Apple's restrictions, key Firefox features like accounts, customizable home panels, and data syncing will translate to iOS, helping Firefox users achieve a more seamless browsing experience on a range of devices.

Bloatware, flash crashes, and never ending Firefox updates, yay! Seriously what version of Firefox are they on now? 39?
I

bpeeps said:
Bloatware, flash crashes, and never ending Firefox updates, yay! Seriously what version of Firefox are they on now? 39?
Click to expand...

Mozilla is always changing their minds.
I

jclo said:
34 as of yesterday.

I've been using Dolphin on my iPhone and iPad...works well
S

I don't have any problems with Chrome.
I wish Apple would allow you to set default apps, at least for a few applications.
D

As a web developer, it's just another platform to test on.

I'm interested in seeing what over simplified, high-contrast icon FireFox for iOS will have.

Oh, jeez, I'm actually a fan of this one.

Awesome! I've been looking forward to memory leaks on my iPhone too!

AngerDanger said:
I'm interested in seeing what over simplified, high-contrast icon FireFox for iOS will have.
Image
Oh, jeez, I'm actually a fan of this one.
Click to expand...

If it can't use Javascript or Flash, what's the point?
L

Mozilla tried doing an iOS app before, called Firefox Home. It wasn't quite a full browser, though, all it did was allow users to access the Firefox browsing history, bookmarks and recent tabs from the Firefox browser on their desktop. It wasn't very popular and Mozilla pulled the plug on it in 2012.

Maybe if Mozilla had just bit the bullet then and made a full version of Firefox for iOS (with multiple tabs, etc., instead of using just a single webview or sending users out to Safari) they'd have been more successful with that.

It's notable though that as of iOS 8 all apps will now be able to use the same fast Nitro JavaScript engine that powers the built-in Safari browser. So an iOS version of Firefox that uses WebKit will no longer suffer in performance compared to Safari.
U

Regarding Apple's policy as described in the article, specifically blocking 3rd party innovation, thus putting the OS integrated iOS browser at an advantage over non-Apple browsers. Isn't that precisely why, on the basis of competitor lobbying for anti-trust investigations, Microsoft was forced to break IE off from its Windows OS?
Reactions: dave559

bpeeps said:
Bloatware, flash crashes, and never ending Firefox updates, yay! Seriously what version of Firefox are they on now? 39?
Click to expand...

Can it be worse than Chrome? When I use it on the iPad Air it crashes a few times a day.
G

LunaticSX said:
It's notable though that as of iOS 8 all apps will now be able to use the same fast Nitro JavaScript engine that powers the built-in Safari browser. So an iOS version of Firefox that uses WebKit will no longer suffer in performance compared to Safari.
Click to expand...

That's technically true, but there's a lot more to it. Getting access to the fast JavaScript and multi-process model requires the use of a new framework: WKWebView. WKWebView is, to put it mildly, half-baked. This Google Chrome bug has a nice list of the problems with it (https://code.google.com/p/chromium/issues/detail?id=423444):

Unfortunately, despite the advantages of WKWebView, it has some significant technical limitations that UIWebView does not, which means we cant simply drop it in as a replacement. A partial list of regressions relative to UIWebView that were currently aware of:
- There is no cookie management API, which means there is no obvious way to clear/manage cookies
- Protocol handlers no longer work, which breaks several very important features
- POST bodies are missing from delegate callbacks, which breaks certain aspects of form handling

Were still actively investigating WKWebView, looking for possible alternate approaches, and providing feedback to Apple about issues. We certainly hope to use WKWebView in the future, but theres currently no way of knowing if or when that will be possible.
Click to expand...

There are a whole bunch of other significant issues with it as well.

Basically, it would be difficult or impossible to use WKWebView in its current state. Perhaps for an app that isn't a full-fledged browser, but as far as I know, not a single third-party browser has adopted it.

Given the issues Firefox has on OS X, I'm not overly excited about this.
T

Reading complaint after complaint about Firefox and then... Sponsored! Download Firefox for Mac!

Of course you don't. No one has ever accused Apple or its fanboys of being unbiased, or above hypocrisy.

Well I'm interested. there are a few firefox only plugins (pentadactyl for one) that I can't give up so it would be cool if they finally bring over the synced data to Firefox on iOS and not have to switch to Safari.


bpeeps said:
Bloatware, flash crashes, and never ending Firefox updates, yay! Seriously what version of Firefox are they on now? 39?
Click to expand...

How is this any different from Chrome? In fact, the latest stable version of Chrome, in my experience is a lot buggier than Firefox currently Nightly version is. (I can't even remember the last time Nightly crashed on me). And bloated? Please. Firefox uses the LEAST amount of memory out of all the browsers.

And why the **** does it matter what version number Firefox is on, seriously, this old argument keeps popping up ever since Firefox moved to fast release cycle. People tend to forget Chrome started it first.
Last edited: Dec 2, 2014
You must log in or register to reply here.
Share:
Facebook Twitter Reddit Email Share Link
Register on MacRumors! This sidebar will go away, and you'll see fewer ads.
Sign Up
Top Bottom