Apple's suppliers have kicked off shipments for a new 27-inch iMac with a mini-LED display, according to a paywalled preview of a DigiTimes report. 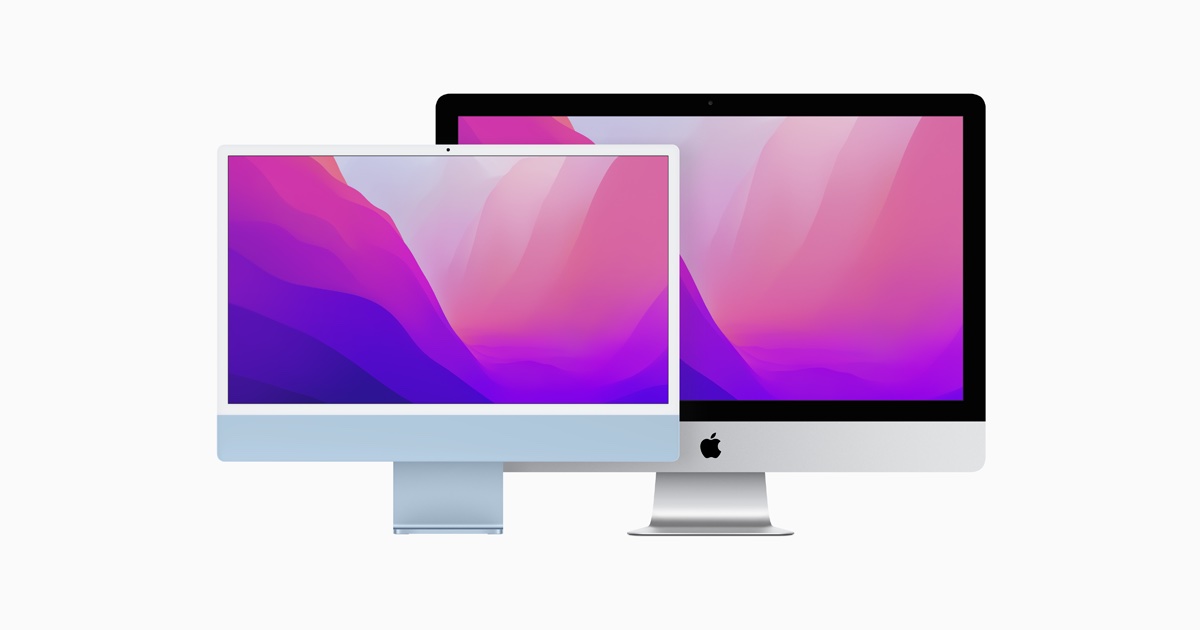 The shipments are said to be in limited quantities. No further details are available, but the report is likely referring to suppliers shipping individual components to larger manufacturers for final assembly as the new 27-inch iMac moves towards production.

Apple is widely rumored to be planning a new 27-inch iMac with a mini-LED display for release in the first half of 2022. According to display industry analyst Ross Young, who has proven to be a reliable source of display-related rumors, the new 27-inch iMac will support ProMotion, enabling a variable refresh rate up to 120Hz for smoother content.

Twitter leaker @dylandkt, another source who has proven reliable, claimed that the new 27-inch iMac will feature a similar design as the 24-inch iMac that launched earlier this year, but with a darker color scheme. He also said the computer will be powered by the same M1 Pro and M1 Max chips as used in the 14-inch and 16-inch MacBook Pro.

As of now, the 27-inch iMac is one of the last Intel-based Macs that Apple still sells, alongside the high-end Mac mini and the Mac Pro tower.

Update: This article was based on a preview of a paywalled DigiTimes report about shipments of Apple's new 27-inch iMac. DigiTimes has since posted a correction stating that it incorrectly claimed the device would come with a mini-LED display. It instead expects the computer to have an LCD display.

Update 2: Young still believes the new 27-inch iMac will be equipped with a mini-LED display.

Really excited for the new iMac. Will be purchasing on day 1.
Reactions: samuellavoie, DEXTERITY, Matcha and 14 others
M

The Pro model probably needs to be 32"
Reactions: nerdo, jazz1, randian and 23 others

Bring it on. No more delays in the year 2022 Apple. Hopefully, Apple will also introduce external displays as well.

I personally know alot of people who are ready to upgrade right away.
Reactions: Wordman, samuellavoie, BWhaler and 9 others
P

mozumder said:
The Pro model probably needs to be 32"
Click to expand...

Instant buy for me.
Reactions: samuellavoie, Ballis, DEXTERITY and 3 others

Time to trade in or sell my 2019 27-inch... make the jump to Silicon before I get left behind!
Reactions: samuellavoie, DEXTERITY and DeepIn2U

mozumder said:
The Pro model probably needs to be 32"
Click to expand...

Apple did make a 27" iMac Pro before. They can do so again.

It's going to be fiercely expensive, but amazing value compared to buying a mini LED monitor plus a mac mini. It'll be lovely, but who really needs a mini LED monitor, though?
I'm waiting for the M1 Pro Mini...
Reactions: EntropyQ3, turbineseaplane, jasnw and 1 other person

So it'll be M1 based then, was kind of hoping for M2 but still excited
Reactions: cocoua and TheYayAreaLiving 🎗

Given that 5K@120Hz is not possible yet, do you think these rumors of 27 inch iMac with ProMotion mean Apple will go down in resolution?
C

Will wait for the first M2 Mac, which will probably be the Next Gen 13" MacBook Air OR Pro.
Reactions: ArrayDecay and Neverless

Mini-LED has been the claimed move for how many years now? At least 3.

Arline said:
Given that 5K@120Hz is not possible yet, do you think these rumors of 27 inch iMac with ProMotion mean Apple will go down in resolution?
Click to expand...

Nah that would suck more than the straw in your avatar
Reactions: samuellavoie, anthonymoody and Sasparilla

if the maximum GPU power is at the level of the MacBook Pro with the M1 Max, then this is bad…
J

very interested to see where Apple ends up on the high-end. I expect better in the larger iMac than you can get in a laptop. more cores at least - you can still call them M1 Pro and M1 Max and have differing core counts.
Reactions: samuellavoie, Sasparilla and carbon_0
F

Can't wait for the new larger iMacs. Almost pulled the trigger on the 24-inch model, but decided to hold out for the larger screen.
Reactions: nerdo, newyorksole, ipedro and 3 others

Arline said:
Given that 5K@120Hz is not possible yet, do you think these rumors of 27 inch iMac with ProMotion mean Apple will go down in resolution?
Click to expand...

5K @ 120Hz is possible with Display Stream Compression over TB4.

That being said, since the display would be internal, Apple might be able to use a DisplayPort 2.0 or HDMI 2.1 channel to provide uncompressed 5K @ 120Hz. Or they could just send it over the TB controller using DSC. Or they might create a custom Timing Controller to stitch two uncompressed 5K @ 60Hz channels together for 120Hz as they did with the original iMac 5K to bind two 5K @ 30Hz channels together to get 5K @ 60Hz.
Reactions: EntropyQ3, orthorim, El Matadurr and 18 others

TheYayAreaLiving ? said:
Bring it on. No more delays in the year 2022 Apple. Hopefully, Apple will also introduce external displays as well.

I personally know alot of people who are ready to upgrade right away.
Click to expand...

Yeah come on Apple you should know better then trying to release anything new in the midst of a worldwide pandemic with a global multiyear chip shortage affecting every corporation on Earth!
Reactions: Alasdair_Scott and AvisDeene
N

Bring this as a stand-alone screen too. If they could daisy-chain two of these over one thunderbolt-cable using Display Screen Compression that would be SO awesome!
Reactions: EntropyQ3, TraderScooter, HowardEv and 1 other person

I expect a darker color than the original iMac Pro and a starting price of $2,500. Hopefully released in March/April.
Reactions: newyorksole and BWhaler

If I was in the market to buy a new iMac, I'd want there to be a 32" MiniLED option for me to purchase. But for now, I'm very happy with my 16" MaxBook. If Apple were to release a 32" MiniLED monitor for a reasonable price, I'd probably jump on that purchase.
Reactions: randian, iLondoner, BWhaler and 1 other person

of course it can be...look even 14" and 16" can be pro...so not the display size its the main thing...the display size just place the product in one of category
You must log in or register to reply here.
Share:
Facebook Twitter Reddit Email Share Link
Register on MacRumors! This sidebar will go away, and you'll see fewer ads.
Sign Up
Top Bottom