Leaker known as "DuanRui" has shared more images that could give us our best look yet at Apple's redesigned notch for the iPhone 13. The new pictures follow similar images shared by the leaker last week, but the latest shots include a comparison with the existing iPhone 12 notch.

DuanRui posted three images on Twitter that apparently originate from Weibo, although source details remain unclear. All include what appear to be "film samples" or screen protectors similar to those shown in the previous images, except here you can see a clear reduction in notch width compared to the iPhone 12.

The reduced width is enabled by the earpiece being integrated into the top bezel, above the TrueDepth camera and Face ID components, indicated by the space left in the middle. According to a report from Japanese site Mac Otakara, the ‌iPhone 13‌'s TrueDepth camera array is "getting narrower" because the receiver at the top of the display will move to the edge of the case. 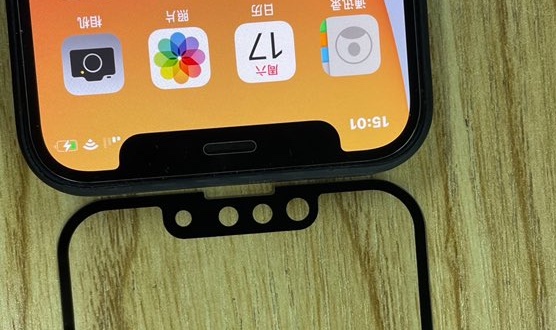 The iPhone notch has gone unchanged since it debuted on the iPhone X in 2017, and Apple could take advantage of the redesign to include more on-screen details on either side of the notch, where cellular information and battery icon currently reside.

Other ‌‌iPhone 13‌‌ rumors have suggested that the device will feature 120Hz "ProMotion" displays, a faster A15 chip, larger batteries, and more. Apple's new flagship smartphones are expected to drop in the fall. See our dedicated iPhone 13 roundup for all the details.

At this point, I don't mind the notch. I mean the smaller the notch the better, but not a selling point for me. Though, I wouldn't mind being able to see battery percentage again.
Reactions: Apple_Jae, iScone, cbaca51 and 46 others
S

Glad to see this, but it would be nothing if apple will not allow us to have at least 2 extra icons like DND or alarm clock, or battery percenters etc
Reactions: MartyvH, uther, NoGood@Usernames and 19 others

Pointless, unless we get more information in the status bar.
The date already. Temperature. Maybe the actual battery percentage. Anything.
Reactions: osx86, Rashy, swrobel and 16 others
B

The notch is an ugly abomination that people will look back to and laugh about once it is gone entirely.
I am surprised Apple is having such a hard time getting rid of it when other manufacturers where already able to for a while.
Reactions: MartyvH, cbaca51, dazz87 and 73 others
M

the notch is fine. get over it.
people who switch over to Android exclusively because of the notch are not thinking rationally.
Reactions: MartyvH, iScone, cbaca51 and 32 others

Does it even matter to those people that hate the notch? It’s still a notch and doesn’t give you much more space for the status bar either. I personally never cared for it. My mind blocked it out 20 minutes after I got my first FaceID iPhone. I even watch full screen tv shows on it, covering a minor part of the screen and I don’t care
Reactions: cbaca51, subi257, uther and 21 others
C

Lets see if it actually happens this year......
Every year since the iPhone X came out leakers have been saying that next years iPhone will have a smaller notch.....and it never happened
Reactions: thebeans, Darkwalker and Razorpit
S

I don't mind the notch but this looks good. We'll find out if this is actually true later this year.
Reactions: iFiAMRUU, michaelnugent, jacks64 and 2 others

We need to minimize the bezels too. Could be a little thinner.
Reactions: osx86, Veinticinco, jouster and 7 others
J

Making the notch taller, if only a fraction, is not a good move.
Reactions: MrGuder, Col4bin, NetMage and 3 others
Y

It’s starting to look like a Pixel 3. And that’s not a good thing.
Reactions: Rashy, GeeMillz22, K!llSwitch and 9 others

I never use my iPhone in landscape mode so the notch doesn’t bother me at all . I actually quite like it .
Reactions: RickDEGH, amartinez1660 and jacks64

George Dawes said:
I never use my iPhone in landscape mode so the notch doesn’t bother me at all . I actually quite like it .
Click to expand...

Agreed. It really is sort of nice because it splits the top status bar in two nice information corners that give you just enough information and looks very symmetric. If more information is needed, just pull down control center.
Reactions: subi257, Rashy, QCassidy352 and 18 others

Yeah, you don't mind the notch until it's gone. Then you're going to praise Apple getting rid of that abomination.
Reactions: osx86, magicman32, guilhermen and 37 others

votdfak said:
Yeah, you don't mind the notch until it's gone. Then you're going to praise Apple getting rid of that abomination.
Click to expand...

Sure, as long as the design is even better with the same functionality. Then it would be stupid to claim that the notch was better. All I am saying is that I do think it looks good enough and especially as it enables Face ID over Touch ID. Everytime I use Touch ID I realize how unintuitive it is compared to Face ID.
Reactions: osx86, NetMage, RickDEGH and 8 others

Status bar was/is killed by notch. For example when you forget you're using VPN or DND or anything that you cannot see on status bar. I agree about Face ID vs Touch ID tho.
Reactions: Channan, GlassFingers, TVreporter and 3 others
T

It still looks hideous. There should be no notches and no hole punches. Also, there should be no curved edges. Curved edges are for old CRT televisions. Bring back the 90-degree edges.
Reactions: subi257, Rashy, NetMage and 12 others
M

bmot said:
The notch is an ugly abomination that people will look back to and laugh about once it is gone entirely.
I am surprised Apple is having such a hard time getting rid of it when other manufacturers where already able to for a while.
Click to expand...

I think everyone understands that it's a compromise. The ideal is clearly no notch, but in order to keep all the functionality, we're stuck with the notch for now.

Personally, I honestly forget it's even there until I read something like this.
Reactions: subi257, lazyrighteye, hlfway2anywhere and 6 others

The notch is never here to stay. It always is a compromise. People are lying if they tell you they don't mind it. Everything else being equal, given the choice of an iPhone with the notch and one without, not many people in their right mind would choose the former.

I for one will wait till 2023 when the notchless phone comes out.
Reactions: subi257, Channan, Rashy and 14 others
L

what about those bezels...in 12 design they look much bigger
Reactions: Rashy, otternonsense, TComm and 1 other person
I

Smaller notch is always welcome, but it’s not a deal breaker for me.
Reactions: subi257, Rashy, George Dawes and 2 others 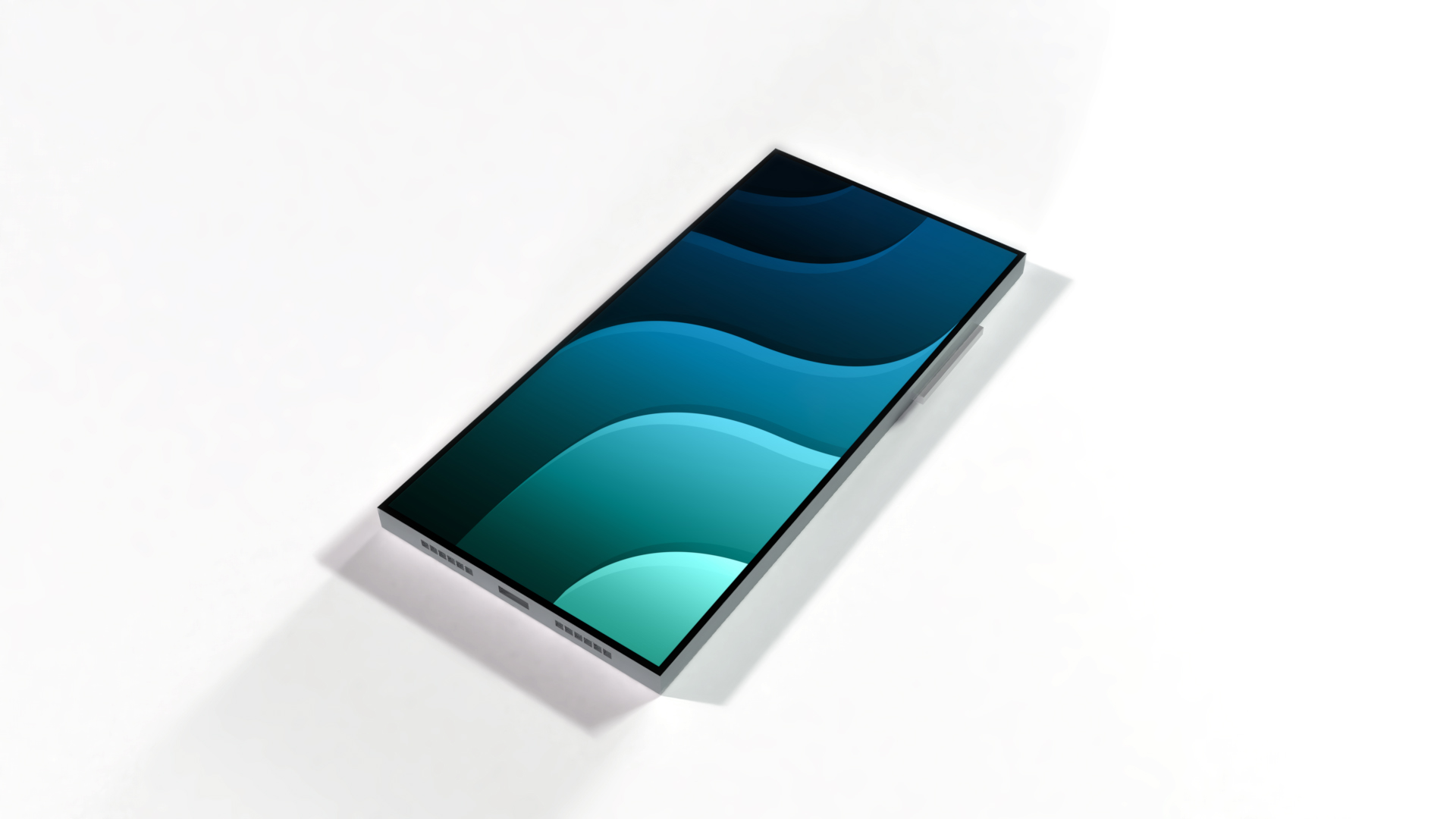 bmot said:
The notch is an ugly abomination that people will look back to and laugh about once it is gone entirely.
I am surprised Apple is having such a hard time getting rid of it when other manufacturers where already able to for a while.
Click to expand...