Reliable Apple analyst Ming-Chi Kuo has said Apple is working on two new iPad Pro models that take design cues from the iPhone X, measuring in at 11 and 12.9-inches. 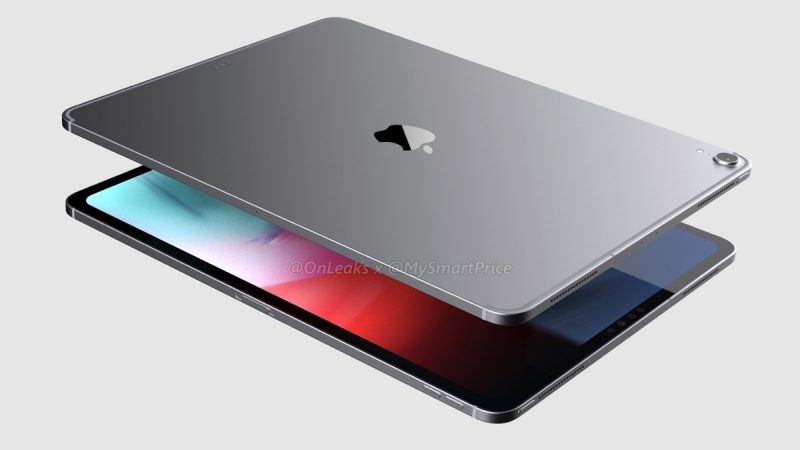 In addition to the thinner bezels, no Home button, and edge-to-edge display of the expected iPad Pro design, the mocked-up renders depict a device with an angular chassis boasting iPhone 4-style chamfered edges, rather than the rounded chassis of the current-generation tablet.

In another seeming nod to Apple's evolving iPhone handset design, the device is shown with separate antenna strips along the top and bottom edges of the chassis, instead of the single continuous antenna lines on either side of the existing cellular models. 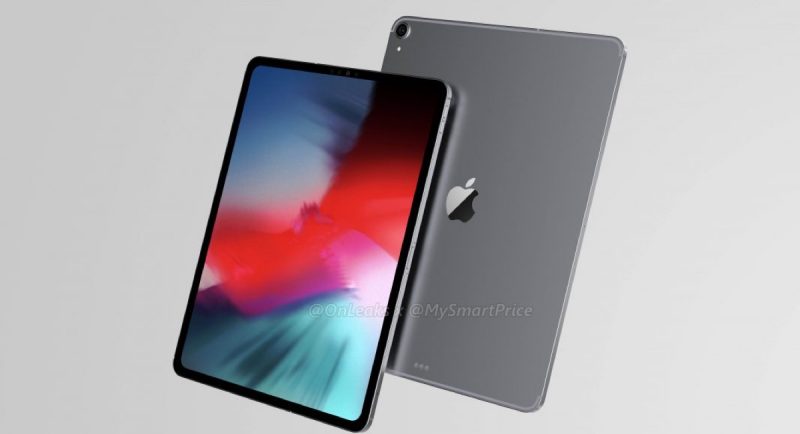 Elsewhere, a closer look reveals a distinct lack of headphone jack, two rows of speaker vents on either side of the Lightning port - similar to the alleged CAD images leaked last month - and two microphone ports located above the TrueDepth camera embedded in the bezel.

Also like the CAD image before it, a Smart Connector is positioned on the back of the device directly above the Lightning port, instead of the landscape orientation on current iPad Pro models. 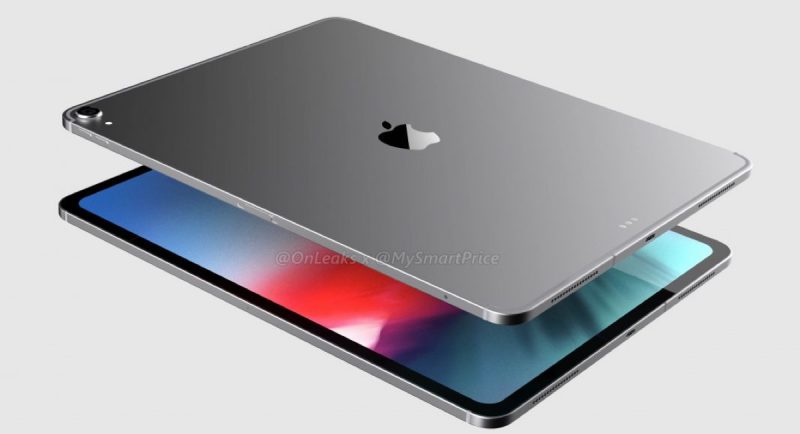 MySmartPrice claims the positioning is related to the limitations of Face ID in landscape orientation, however well-connected Bloomberg reporter Mark Gurman has said horizontal Face ID support is a feature in the upcoming iPad Pro models, which are expected to be announced this month.

The legitimacy of the additional details in the renders - and the alleged leaked CAD images they are supposedly based on - have yet to be confirmed, but Apple's scheduled media event on September 12 should reveal all.

Last year's model will be the hot item now.
Reactions: jamesrick80, brunozs, amt2002 and 24 others
T

Can't imagine there ever being a justifiable reason to have a protruding camera on the back of an iPad.
Reactions: 1146331, Seifensieder, tongxinshe and 86 others

Looks like an oversized iPhone 6
Reactions: brunozs and Smartass

ugh why does there have to be a camera bump on an ipad
Reactions: Seifensieder, tongxinshe, eduardoregueiracampos and 26 others

What is the point of the smart connector if not to use it with a keyboard?
Reactions: deadoctopi, Roadstar, kazmac and 10 others

Unless iPads suddenly got a super-dual-uber-awesomesauce state of the art camera…. I don't see the reason for the bump. But whatever. Not really a problem as I'm used to iPads with those thick magnetic flap-sleep covers, so the bump will largely be neutralized.
Reactions: Uofmtiger, Moi Ici, ChristianVirtual and 2 others
S

...the mocked-up renders depict a device with an angular chassis boasting iPhone 4-style chamfered edges, rather than the rounded chassis of the current-generation tablet.

In another seeming nod to Apple's evolving iPhone handset design, the device is shown with separate antenna strips along the top and bottom edges of the chassis, instead of the single continuous antenna lines on either side of the existing cellular models.
Click to expand...

Sounds more like a "nod to the worst of Apple's iPhone handset design".
Reactions: iSilas, Substance90, DJKillerKeemstar and 3 others

I dislike the straight edges. I think it will feel very uncomfortable to hold. The camera bump also a no no.
Reactions: andreiru, amt2002, xxray and 7 others

You guys realize the current pads have bumps yeah?
Reactions: jeffirl, daniphils, deadoctopi and 36 others

ToomeyND said:
Can't imagine there ever being a justifiable reason to have a protruding camera on the back of an iPad.
Click to expand...

The bump allows 3rd party lenses and accessories to perfectly line up with the camera. It has worked fantastic with my Moment lenses.
Reactions: ConvertedToMac, travelsheep, ShaunAFC3 and 6 others
S

I kind of figured they would have rounded frames like the iPhone X, but this actually looks more like a closed MacBook Pro than anything. I happen to like it.
Last edited: Sep 4, 2018
Reactions: ConvertedToMac, Sackofnickels, ShaunAFC3 and 7 others
J

Don't know if I'm a fan of removing the home button (Touch ID) from the iPad. Face ID works fine (great) on my iPhone X. But the way I use my iPad Pro 12.9". Lifting it up, looking at it, and swiping up to unlock it is not natural. I unlock it now with my thumb when picking it up to move it. I do this with out even have to look at it.
Reactions: Sasparilla, jamesrick80, deadoctopi and 20 others

This will be a huge disappointment if they can't get FaceID to work in landscape as well as portrait on the new iPad (as it appears like these renders showing a relocated smart connector to promote a primarily portrait orientation).

Having an iPad work in any orientation, even upside down, is a severely understated feature. Portrait-only FaceID on an iPad should be a no-go.
Reactions: ShaunAFC3, IscariotJ, jun180 and 5 others

I love the edges but would rather they were on all iPhones. Don’t like the bump. Would be appalled at the lack of a headphone jack socket, there is even less excuse for that than on the phones.
Reactions: deadoctopi, tweedechidna, Onexy and 6 others

I haven’t owned an iPad since 2010 and think I’m about to reinvest.
Reactions: ConvertedToMac, ShaunAFC3, iapplelove and 4 others
G

Will be part of the final product. Can't leak everything.
Last edited: Sep 3, 2018
Reactions: travelsheep, ShaunAFC3, ateslik and 1 other person

I'm going to stick with my iPad Pro 12.9 512GB for a long time I think... as such a workhorse, I think it's silly (and unnecessary...?) to put so much emphasis on slimming it down and removing things like the earphone jack on something that's meant to be used for real work, as opposed to a phone which is all about portability and convenience.

I'm still in shock that Apple allowed the "notch" and saw any kind of "progress" worth that kind of sacrifice, and if that's on the iPad Pro too, I'm really going to roll my eyes.
Reactions: sos47, Gusjasso, djas and 8 others

Presumably fits in the bezel. Which would underline the fact that on the iPhone X it's a compromise of a design element, not the charming ideal some seem to believe it to be (but fair enough, if you like it). We’ll see!
Reactions: ThaRuler, Raist3001, ATC and 6 others
V

Assuming this is fairly accurate, I want to hear their justification for removing the headphone jack from an iPad. If Phil Schiller says "bravery" or "courage" I hope someone throws a rotten tomato at him.
Reactions: geromi912, sos47, tongxinshe and 38 others
W

venom600 said:
Assuming this is fairly accurate, I want to hear their justification for removing the headphone jack from an iPad. If Phil Schiller says "bravery" or "courage" I hope someone throws a rotten tomato at him.
Click to expand...

Likely because the amount of people using wired headphones with an iPad is a super small minority.
Reactions: InfoTime, ShaunAFC3, thisisnotmyname and 4 others
You must log in or register to reply here.
Share:
Facebook Twitter Reddit Email Link
Register on MacRumors! This sidebar will go away, and you'll see fewer ads.
Sign Up
Top Bottom