Apple's "Hello Again" event has come and gone, leaving us with an abundance of Apple-related news and updates heading into the weekend. Below, we have shared some of the more interesting tidbits that have surfaced over the past 24 hours.

Image Credit: Edgar Alvarez, Engadget​
Backlit Apple Logo Removed: As it did with the 12-inch MacBook, Apple has removed the backlit Apple logo on new MacBook Pro models. In its place is a glossy Apple logo in black on the Space Gray model and in white on the Silver model. Apple's older MacBook Pros and 13-inch MacBook Air are now its only notebooks with backlit Apple logos that remain available for purchase. Apple's first notebook with a lit-up Apple logo was the third-generation PowerBook G3 released in 1999.

No Power Extension Cable: In line with the 12-inch MacBook, new MacBook Pro models do not come with Apple's Power Adapter Extension Cable in the box. Previous MacBook Pro models included the extension cable in the box for several years. The extension cable, which provides extra length between the power brick and wall outlet, can be purchased as a standalone product for $19.

Touch Bar Has Automatic Brightness: Jason Snell at Apple blog Six Colors spent time with the new MacBook Pro yesterday and discovered the Touch Bar's brightness is not manually adjustable. Instead, the mini Retina display's brightness varies based on lighting conditions, using the MacBook Pro's built-in ambient light sensor. Apple calls this feature Automatic Brightness on iOS devices. "I wasn't able to try and trick it or confuse it, but the entire time I was using it--in a dark room and in a much more brightly lit one--it seemed to match the keyboard well," he explained.

Price Changes: Apple's price changes extend beyond the United Kingdom. The 12-inch MacBook, for example, has increased $100 in price in Canada, where the 256GB model now sells for $1,649 and the 512GB model retails for $1,999. Meanwhile, the reverse has happened in Norway, where 12-inch MacBook prices have dropped by 1000 kroner for each model. Likewise, in New Zealand, 12-inch MacBook prices are now $200 to $250 lower depending on the model. These adjustments are common as Apple keeps its pricing in foreign currencies in line with the U.S. dollar.

1Password Shares Touch Bar Concepts: AgileBits was so excited about Apple's MacBook Pro event yesterday that it has created some mockups of how 1Password could work with the Touch Bar. 1Password users will be able to unlock the app with Touch ID, for example, while Touch Bar will make it easy to switch between password vaults, select new item types, and create website logins. 1Password also anticipates allowing users to slide their fingers across the Touch Bar to generate a strong password.

All PC OEMs include the 3 pin extension to the power brick.
Reactions: Josuemental, MrUpload1000, blueflower and 102 others
Comment

Honestly this is one of the worst releases ever for apple
Last edited: Oct 28, 2016
Reactions: MrUpload1000, determined09, wolfaaron and 171 others
Comment

I wonder how much the lack of the glowing logo will hurt Apple.

Every time you see a shot of, for example, a DJ using a Mac as his DJ computer, you will see the glowing white Apple logo there. It stands out big time and provides so much free product placement and advertising. Same thing with pretty much any photo of a bunch of people using laptops. The Macs stand out.

The lack of the glowy logo is a bit sad for me, but not a huge deal. But it may hurt Apple in the long run.
Reactions: blueflower, MrUpload1000, TheMountainLife and 121 others
Comment
T

So the extension cord that was previously included is now $19 extra?

The glowing Apple logo has been replaced with a non-glowing dollar-sign ($) logo.
Reactions: Josuemental, MrUpload1000, determined09 and 139 others
Comment

Oh God you even have to buy the extension cable for your laptop
So not only can you not charge your newly bought iPhone 7/+ with the MacBook Pro without an adapter, but now this? Apple, you are a comedian at heart
Reactions: MrUpload1000, wolfaaron, Clocksetbyfeel and 54 others
Comment

To buyers: Don't compromise with your needs.

Edit: It's seems like apple is bored in a relationship. They need a dongle (itoys) to spice things up......
Reactions: imageWIS, wolfaaron, TheMountainLife and 17 others
Comment
C

Hah, no problem, when I send my MBP to Gazelle I just won't include the extension.

The new power bricks are compatible with the MagSage extension cables, right?
Reactions: compuguy1088, KingOfStuff, ilovenewjersey and 1 other person
Comment

Apple is losing their mind. No cable extension? Greed.
Sorry I will keep my MBP 2015 for quite awhile.
Reactions: Josuemental, MrUpload1000, wolfaaron and 66 others
Comment

The glowing Apple is iconic... What would be a valid reason to end it?
Reactions: Josuemental, MrUpload1000, wolfaaron and 49 others
Comment

All PC OEMs include the 3 pin extension to the power brick.
Click to expand...

I have four of them. I'll give the other three to anybody who really gives a **** about this.
Reactions: noisycats, Gudi, iAbc21 and 7 others
Comment
6

Steve Jobs would have made the laptop lid Apple logo into a spotlight by now. #whatishappeningtothiscompany????
Reactions: Josuemental, Statusnone88, Cameroncafe10a and 9 others
Comment

I never really liked the Logo... This looks better IMO.
Sometimes I could actually see the logo on the screen due to light coming through. This is on the air, not sure about the pro models.
Reactions: ErikGrim, freepomme, Aiwaz418 and 4 others
Comment

The power extension isn't really an issue for people replacing their old MacBooks.
Reactions: MrUpload1000, Pahanda, nagromme and 2 others
Comment

Those 1Password concepts are nice. I very much hope the TouchBar comes soon to the external keyboard (probably when they refresh the desktop Macs).
Reactions: smoking monkey, philosoraptor1, fourthtunz and 1 other person
Comment

They can't even give us a goddamn extension cable now in the box? For a computer that goes up to $3000 in cost? ****ing greedy bastards.
Reactions: MrUpload1000, wolfaaron, aknabi and 127 others
Comment

1800 bucks for the base Touch Bar model and no extension cable? Seriously?
Reactions: MrUpload1000, wolfaaron, TheMountainLife and 67 others
Comment

loft3 said:
Steve Jobs would have made the laptop lid Apple logo into a spotlight by now. #whatishappeningtothiscompany????
Click to expand...

Steve Jobs also did this- 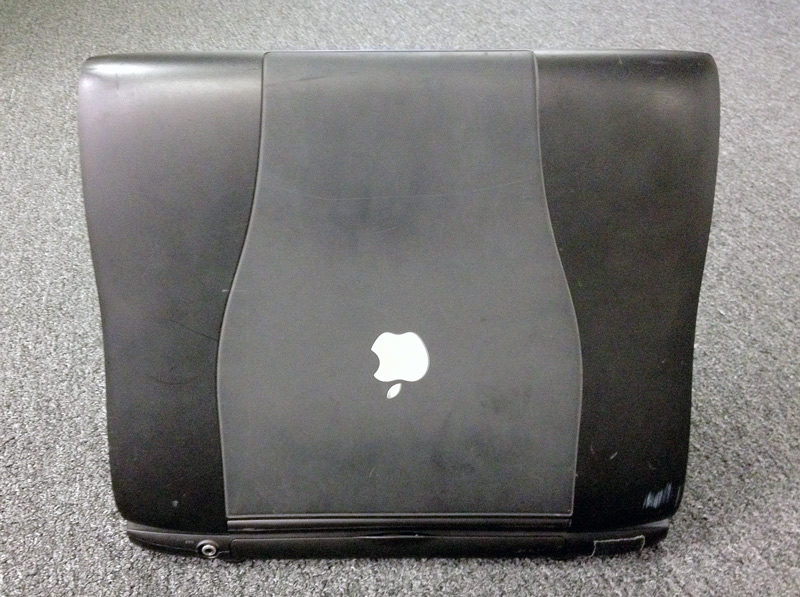 I am beginning to wonder what is going to replace my current 2013 MacBook Pro.
Reactions: MrUpload1000, wolfaaron, TheMountainLife and 38 others
Comment
D

How the mighty have fallen.

We need a saying.

They really need to fix their pricing soon if they want to sell anywhere near the quantities they have previously sold. The redesign results in a short term burst of sales which looks good for Tim Cook so maybe in Q1 of 2017.
Reactions: tezla7, robotica, zemsantos and 3 others
Comment
You must log in or register to reply here.
Share:
Facebook Twitter Reddit Email Share Link
Register on MacRumors! This sidebar will go away, and you'll see fewer ads.
Sign Up
Top Bottom