A new set of images that appear to show the rear shell for the rumored second-generation iPad mini have been posted by Sonny Dickson. Although no additional information was posted alongside the pictures, it unsurprisingly appears that the new iPad mini will have a form factor almost identical to the present model, confirming previous rumors that the upgrade will be mainly incremental in nature with the potential exception of a new Retina display. 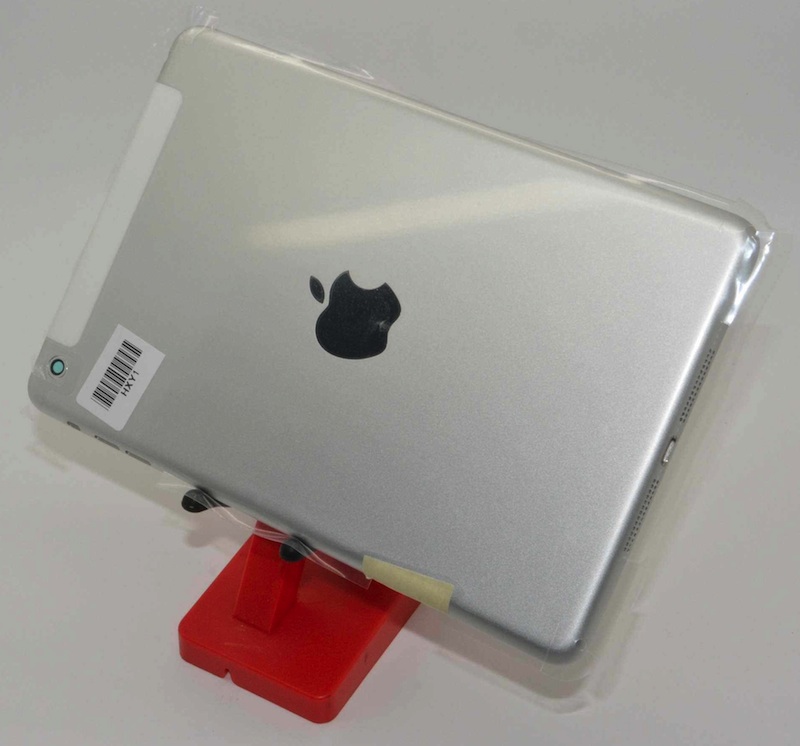 The shell displays no information apart from the embedded Apple logo, which differs from the current model where the logo is printed directly onto the exterior of the case. The images are very similar to ones that leaked in early August, but it appears that the logo shown here may actually be silver instead what was thought to be black on the original photo set. Given the mirrored finish of the Apple logo on the iPad mini, it may appear silver or black from various viewing angles. 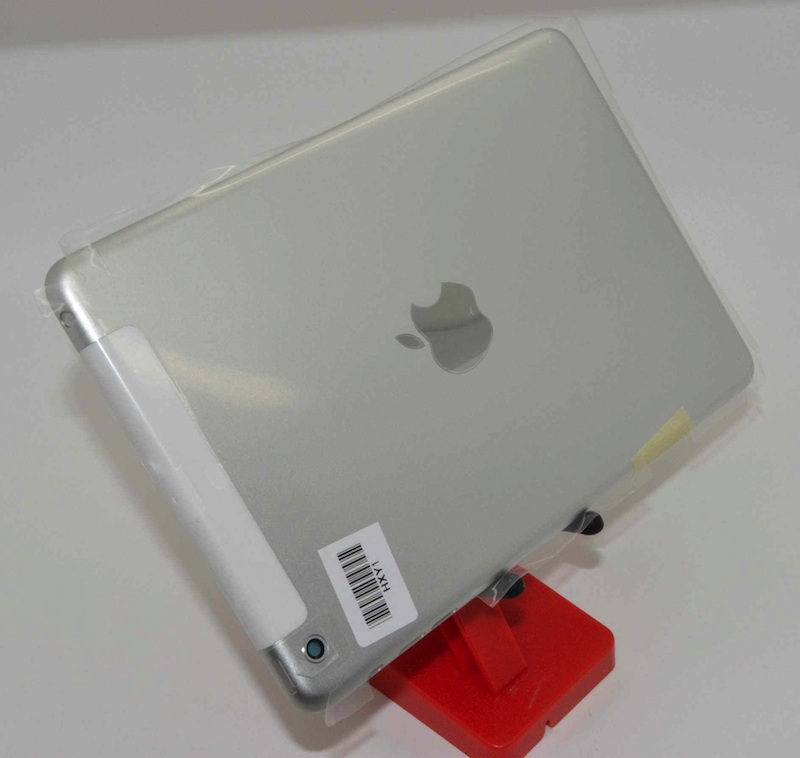 The new photos also unsurprisingly indicate that the second-generation iPad mini will be available in both Wi-Fi and cellular models, as this particular part includes the plastic strip at the top where the cellular antenna is housed. 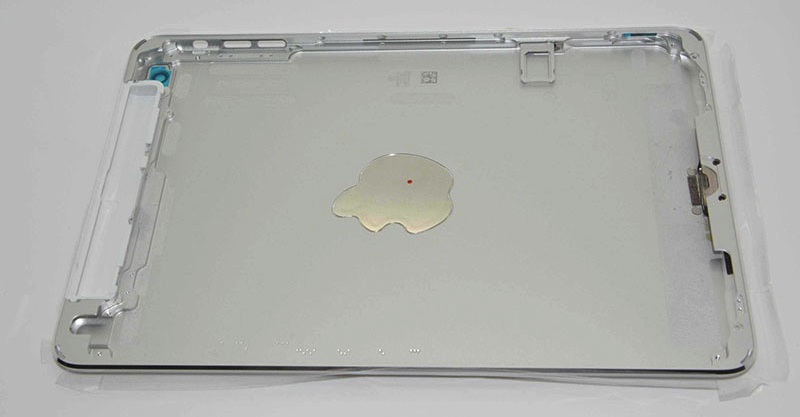 The second-generation iPad mini is expected to feature a Retina display and launch during the fourth quarter of this year. Apple is also expected to release an updated full-size iPad around the same time, with the new iPad taking design cues from the iPad mini by including narrower side bezels and a thinner, more rounded shell.

Do we know if this is back plate is looking a little thicker to accomodate a larger battery for powering the Retina screen?
(Similar to the thickness increase of the iPad 2 to iPad 3)
Comment
A

why is that looking like plastic, i'm worried. i hope it offers the retina display this time.
Comment

asthamapheo said:
why is that looking like plastic, i'm worried. i hope it offers the retina display this time.
Click to expand...

Um, the plastic look probably has something to do with the plastic wrap the shell is in...
Comment

why is that looking like plastic, i'm worried. i hope it offers the retina display this time.
Click to expand...

Have you thought that Retina isn't feasible right now?
Comment
I

When can I buy that red stand I keep seeing and what other colors does it come in?
Comment

I SURE HOPE the new iPad mini is a) retina and b) still fits in the awesome Logitech Ultrathin Bluetooth keyboard case I own for my current 1st-gen mini. If both of the above are true, I will buy one without question. If the new one is retina but doesn't fit in the case, I will consider it. If it's neither retina nor fits in my bluetooth keyboard case, I don't think I'm going to feel compelled to purchase. And admittedly, considering I tend to buy every new iOS device the day they're released, that will be saying something.
Comment

Full size ipad has the apple showing inside the shell..
I hope there will be an apple shining with light )
Comment
S

"According to BrightWire, AU Optronics is manufacturing a 7.9in screen with a resolution of 2,048x1,536."

I'm afraid the first Retina Mini will be as a failure as the iPad 3 was and they'll have to introduce the iPad Mini 3 in March.
Comment

What do you think makes retina not "feasible" right now?

Google made it "feasible" for the Nexus 7 to have to a 1080p display, in a much cheaper tablet.

(Speaking of competition here, not Apple's tactics vs. Google's)
Comment

who would buy this if its still non retina? no new design, no retina just slightly faster. see no selling point or marketing advantage without one

basically the same thing as one year ago
Comment

smulji said:
Tell that to the 2nd generation Nexus 7.
Click to expand...

Apples and oranges (no pun intended).

Apple needs to make 15-20 times as many Mini's as Google does the Nexus 7. As a matter of fact, Apple will need more launch week Mini's than Google will EVER make of the Nexus 7 (or at least for the first 4-6 months of the Nexus lifecycle).

You do not understand the issues surrounding the quantity Apple needs. There is no comparison.

It will be retina - and a higher density than the Nexus, but give them a break for not doing it sooner.
Comment
T

I would've been heartbroken if they changed the size.

I've been waiting for Otterbox (who bought Lifeproof) to come out with a "nud" iPad mini case or an Otterbox Armor case. Either way, hopefully we can expect some good new cases that will be backwards compatible with the existing hardware.
Comment
A

Must be the odd angle or the picture or something but I could swear that looks like a full-sized rather than a mini.
Comment

IMO the app store and compatibility with iTunes content I have makes the mini a better deal even for more money and lower specs.
Comment
A

bushido said:
who would buy this if its still non retina? no new design, no retina just slightly faster. see no selling point or marketing advantage without one

basically the same thing as one year ago
Click to expand...

dasx said:
I'm afraid the first Retina Mini will be as a failure as the iPad 3 was and they'll have to introduce the iPad Mini 3 in March.
Click to expand...

I wish you could vote down a post here. This is BS.

I'm using my launch day ipad 3 now and it has been much better than my iPad 1 or 2. You are totally exaggerating to just be a pain in the axx or you don't know what you are talking about.
Comment
V