Just after a fresh set of rumors suggesting that the next-generation iPod touch may be set to gain a front-facing camera in addition to a number of other features inherited from the iPhone 4, 9 to 5 Mac points to several merchants on Chinese trade site Alibaba.com offering claimed parts for the device showing a hole in the front plate that appears to be for a front-facing camera.

The first listing claims to be for an LCD and digitizer for the next-generation iPod touch and clearly shows a hole in the center of the front panel which would most likely be to accommodate a camera. 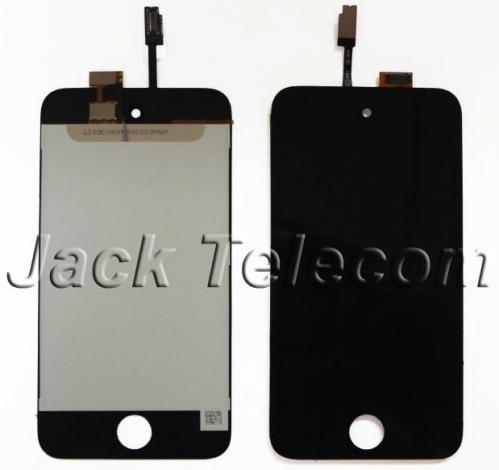 The second listing is for the digitizer portion only, with no LCD included, and also shows the same camera hole. 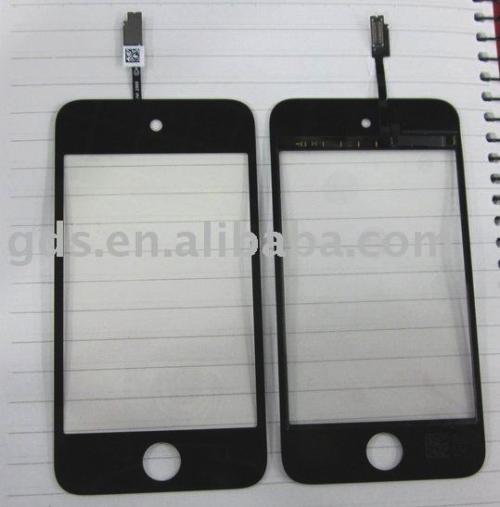 Both parts show the camera hole centered near the top of the device's front, a design feature that would seem to make for a more natural FaceTime experience than the off-center camera found in the iPhone 4. The iPhone 4's earpiece, however, prevents its camera module from being centered. With the iPod touch lacking an earpiece for traditional calling, Apple is free to center the front-facing camera.

I can't wait for September.

All go on the iPod touch rumours today then. It would certainly make sense on the touch with it being a WiFi only feature.
Comment
D

Kickin' rad! I doubt there will be face time (why get an iPhone?), but the foreword camera is a p. cool feature.
Comment
S

so they will also add a mic. This means skype on ipod? Which means no need for iphone.
Comment
H

This is sort of a no-brainer, yeah?

Apple really wants to push "Face Time", but to do that, they've got to get the devices out there. It also will distract people from the possible capacity downgrade... I think is coming. I believe there will be no 64GB model.

Not sure how physically possible this is... but could the touch have a front AND back camera that is essentially the same camera? (It would simply turn within the device to whichever side you needed it for?).
Comment
P

All I really want is that nice back camera they have on the iPhone 4. Beautiful stills and nice HD video! The new form factor, a4 processor, retina display, front facing camera - any of those additions are just icing (and sprinkles!) on the cake I am sailvating to buy in September.

The iPod touch is my favorite apple product. All the cool stuff of the iPhone without any of the phone specific problems.
Comment
M

wouldnt that enable the itouch to be used as a phone.. pretty much? even if its only over wifi?

This would be amazing, I could give one to my parents who refuse to get a smart phone. I'm just wondering how you would "call" it, I mean it has no phone number, maybe they will have to set up an ichat account, would would be amazing is if they had feature that showed which of your contacts has FaceTime and was currently on wifi
Comment

My 1st gen is in a dire of an upgrade the new iPod touches just don't cut it for me.
If Apple doesn't add a camera to the iPod touch this year I'm getting an iPad enough said I'm sick and tired of waiting for a new iPod touch.
The camera idc if its rear or front facing it needs one it will be a huge seller.
The base model should be 16gb with bluetooth and a camera for $199 or maybe $299 I'd buy one.
If it doesn't get one I'll be waiting for a 2nd gen iPad. Which I'm speculating it should get a camera and well if that doesn't get a camera then I'll be keeping this then.

Well that didn't take long from one story to the next. Here's the idea in London . . . no, here are the parts in Asia!
Comment
S

In the heart of Europe

Yeah, that would be really awesome. I like the new design of the iPhone and if the Touch looks similar=great. It's a pity that I bought one last September so I have to wait for 9/2011.
Comment
K

This makes a lot of sense since when SJ was introducing "FaceTime" he talked about being able to use it with "other FaceTime devices" not just iPhones. So I think that this is the start of those other devices. We will see.
Comment

huntercr said:
This is sort of a no-brainer, yeah?

Apple really wants to push "Face Time", but to do that, they've got to get the devices out there. It also will distract people from the possible capacity downgrade... I think is coming. I believe there will be no 64GB model.

Why would there be no 64gb model? It's already out.
Comment

It's not for a camera, it's an IR sensor.

Because the next iPod will do 1080p output to connect to your TV, and come with an AppleTV APP.

Because the next iPod is also the next AppleTV; because "no one wants another box", but if you already have an iPod, that's not another "box".

Both parts show the camera hole centered near the top of the device's front, a design feature that would seem to make for a more natural FaceTime experience than the off-center camera found in the iPhone 4.
Click to expand...

think it will be available before Sept 7th? (the last day for the free iPod Touch promotion)
Comment
T