The next-generation iPhone SE that's set to launch in 2022 will feature the same 4.7-inch display as the current version, according to display analyst Ross Young. 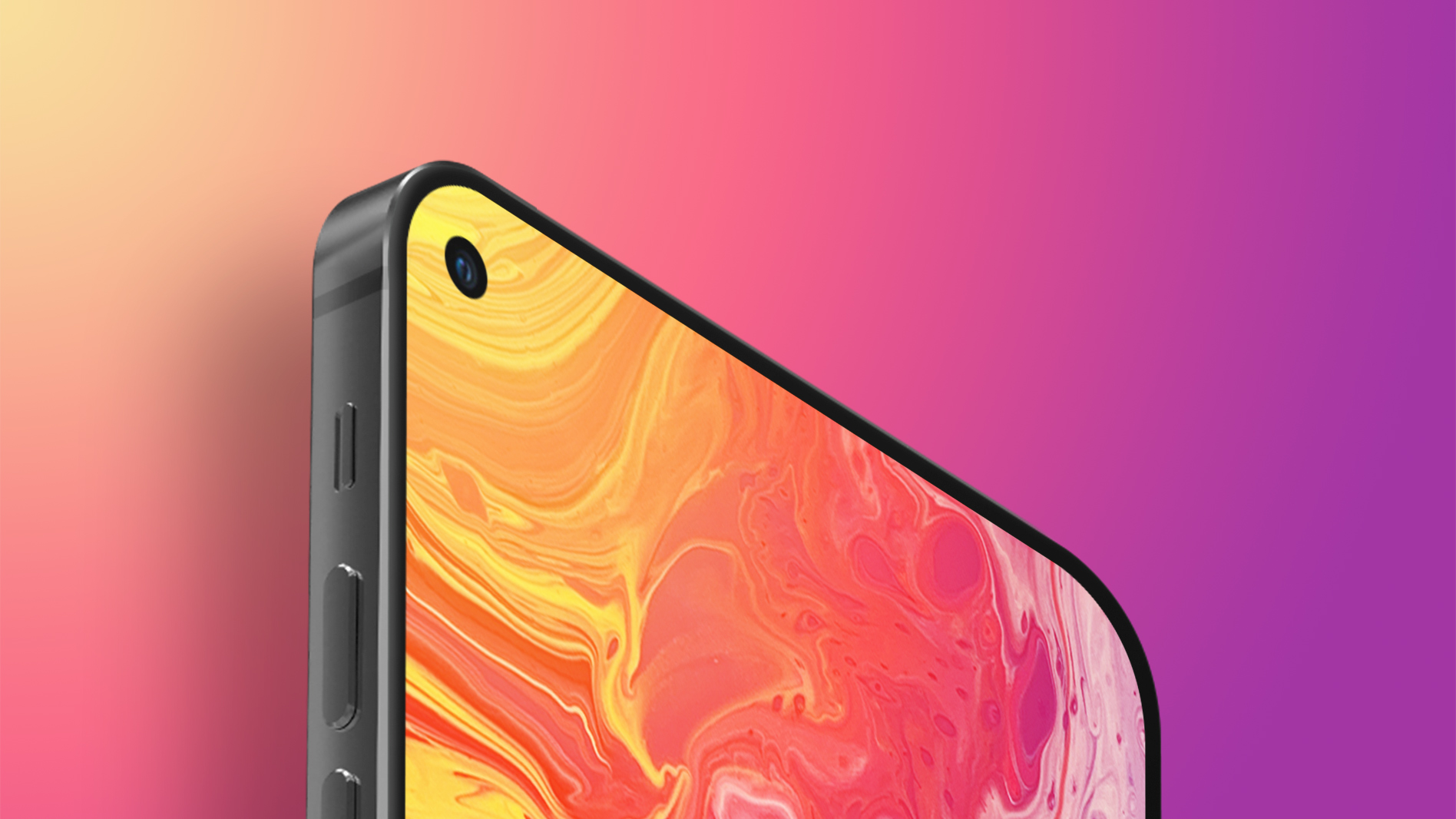 The existing iPhone SE is modeled after the iPhone 8 with a 4.7-inch display. There were rumors suggesting that Apple was working on an "iPhone SE Plus" that could come out this year, but earlier this month, Apple analyst Ming-Chi Kuo said that there won't be a new iPhone in the SE family until 2022.

Apple is said to be working on a 6.1-inch version of the iPhone SE that features a hole punch design rather than a notch. Apple is rumored to be planning to bring the hole punch display to the 2022 flagship models, so it makes sense that after introducing new iPhone 14 models with the design change, it could trickle down to the iPhone SE a year later.

The hole punch design is something that Android manufacturers have been using for some time to maximize available display area while also leaving space for the front-facing camera. On Apple's devices, the hole punch will replace the current notch.

Though there will presumably be few design changes to the iPhone SE coming in 2022, the device is expected to get an upgraded processor and 5G support, which Young says may be limited to sub-6GHz.

I always wanted to tap my camera to go back.
Reactions: Lopov Jack, lewismayell, mjs916 and 14 others

does this mean no more faceid? i honestly like faceId, but the pandemic and the mask has definitely swing touchid as the more convenient route.
Reactions: Darkwalker, Zorori, AvisDeene and 5 others
U

So is like a Mini?
Reactions: Darkwalker, vmistery and Jovijoker

Anything that get's rid of the notch, I'm for it.
Reactions: rui no onna, Darkwalker, Precursor and 27 others
A

I hope there's still a mini, but I know a number of people who just really like the form factor, and will pick a smaller phone just so that it fits well in their hands
Reactions: MaunzKuh, bousozoku, tunastink and 4 others

With power button Touch ID, this will be a pretty small device.
Reactions: rui no onna, D_J, Homme and 1 other person

nothing on the 2024 version?
Reactions: Aratim, Lopov Jack, yesyesyes and 37 others
A

In a sense I just can't see Apple utilizing a hole punch design when they are a company that somewhat insists on being distinguishable from their competitors. Like, the "notch" is a significant look that is outstanding enough for one to instantly name that being an iPhone - regardless of it being good or bad in 2021.

Doing away the notch and bringing in a hole punch design, while it would be impressive to see how they combine the FaceID sensors all together and it would be more than cool if that comes true (unless they ditch this authentication method entirely), it doesn't really make sense to me when doing so would blend Apple right into the rest of the market with nothing special to identify the company's product instantly.
Reactions: Lopov Jack, MartyvH, Darkwalker and 5 others
M

JPack said:
With power button Touch ID, this will be a pretty small device.
Click to expand...

The updated device coming next year will have the same form factor as the current SE 2. It will still have a home button and won't be any smaller.

And the rumored next generation 6.1" SE 3 will adopt the forum factor from the XR/11. It is not going to be small.
Reactions: MaunzKuh, Jovijoker, AmazeSE and 2 others

I know a lot of people will complain that the next SE will just be a refresh in 2022 with the same iphone 8 design (according to this rumour), but thats fine with me as long as it has A15 and 4 GB RAM and retains the same £399 price.
Reactions: Lopov Jack, ChrisWV10, femike and 7 others
F

I don't see this as better than notch. Its still bad. This is maybe even more visually distracting. They should just remove the notch entirely. This punchout is as terrible as the notch
Reactions: Kram Sacul, Val-kyrie, TonyC28 and 9 others
C

I'd much rather have the notch and more usable screen space.
Reactions: russell_314, Jovijoker, iScone and 4 others

Am I the only one who hates the hole punch phones? On many of them it's not even symmetrical and off to the side.

The notch may take away screen area, but at least it has symmetry with an attractive shape. A single round hole in the corner just looks like your five year old got carried away with a hole puncher.
Reactions: Lopov Jack, ZachRBB, Darkwalker and 32 others

If the punch brings back space for the persistent VPN status indicator, and it has a "find by feel while still in the pocket" TouchID, it would be a good runner-up to the current nice square-screen-edged, home-buttoned SE.

Now maybe one day we'll get a UI that concentrates controls at the bottom of the screen where people's thumbs live, rather than at the top.
Reactions: Scoob Redux and erniefairchild1

I really hope not. The hole punch is ghastly, it just looks like cheap, lazy design choice.
Reactions: Mullerman, ParaShot, Kram Sacul and 21 others
J

This hole punch rumor is one of the dumbest I've heard in a while. Where are the Face ID components supposed to go? Apple isn't abandoning their super-expensive, super-secure, super-convenient tech just so they can have an ugly hole instead of an ugly notch.
Reactions: Lopov Jack, MartyvH, Darkwalker and 7 others

Disappointing. I was hoping for a SE Plus version this year for my mother (70s) to replace her 6 Plus. She likes/wants the bigger screen, but does not like the gestures instead of a home button concept.
Reactions: planteater, Guacamole, Jovijoker and 3 others
J

mattspace said:
If the punch brings back space for the persistent VPN status indicator, and it has a "find by feel while still in the pocket" TouchID, it would be a good runner-up to the current nice square-screen-edged, home-buttoned SE.

Now maybe one day we'll get a UI that concentrates controls at the bottom of the screen where people's thumbs live, rather than at the top.
Click to expand...

Yeah seems totally reasonable to totally overhaul the design of a device just to put a VPN logo in the corner instead of one swipe away 🙄
Reactions: erniefairchild1

A hole punch is absolutely ugly for my taste; the notch brings harmony and consistency - a hole punch is just a hole messing up with the user interface in a confusing and distractive way. Why not just a simple camera in the corners? I don’t understand this insane obsession with all-screen phones, curved screens, tall aspect ratios... Why not keep just the simple?
Reactions: Jovijoker, iScone, newyorksole and 1 other person
S

Does anybody has that wallpaper? 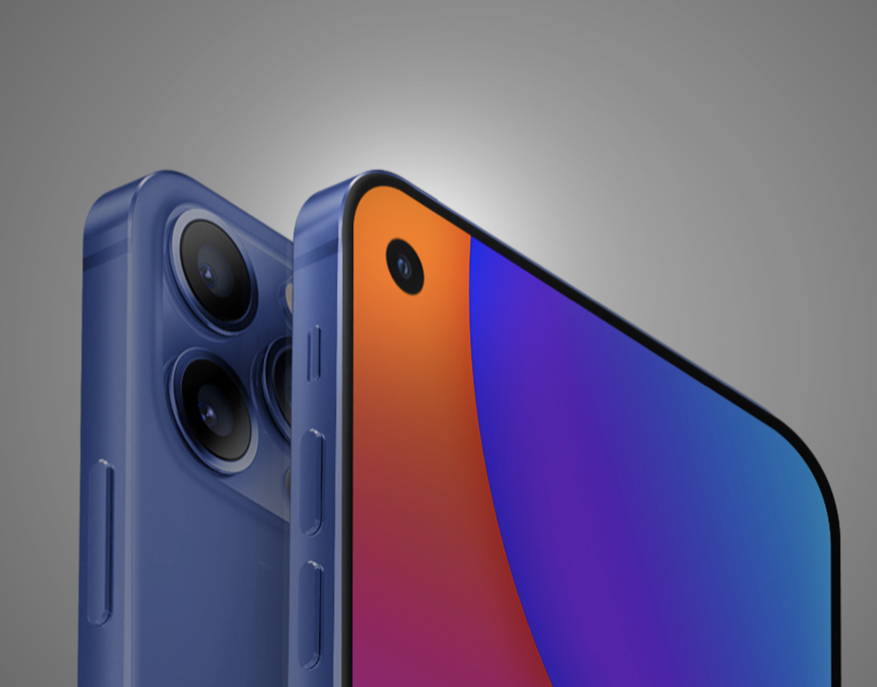