Apple is working on a high-end version of the MacBook Air that will feature an improved iteration of the current M1 Apple silicon chip, featuring improved graphics, but the same number of high efficiency, and high performance cores, according to Bloomberg's Mark Gurman. 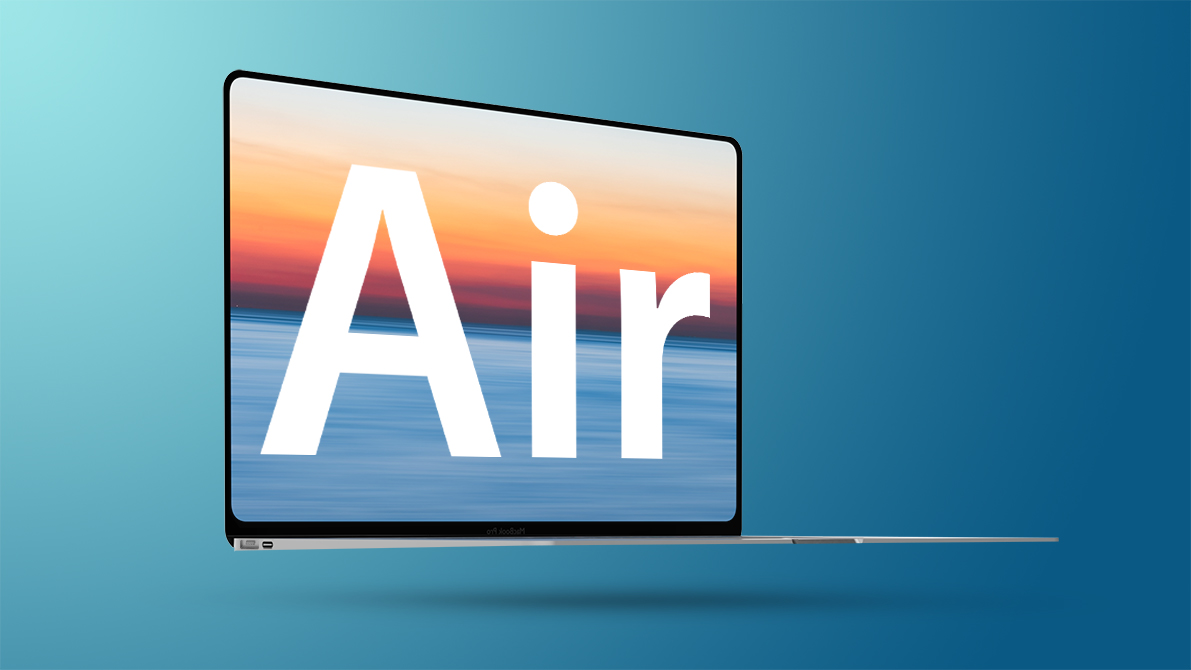 Apple updated its 13-inch MacBook Air alongside the 13-inch MacBook Pro and Mac mini with the M1 Apple silicon chip in November. Bloomberg says that this new MacBook Air, which could launch as soon as the end of this year, will be more "high-end," featuring possibly nine or ten graphics cores, instead of the current seven and eight configurations.

The report notes that Apple is planning to update the low-end 13-inch MacBook Pro with the same improved chip.

For a redesigned, higher-end MacBook Air planned for as early as the end of the year, Apple is planning a direct successor to the M1 processor. That chip, codenamed Staten, will include the same number of computing cores as the M1 but run faster. It will also see the number of graphics cores increase from seven or eight to nine or 10. Apple is also planning an update to the low-end 13-inch MacBook Pro with that same chip.
Click to expand...

Specfic details on what the MacBook Air redesign may include are scarce, but, Apple leaker Jon Prosser says that the new MacBook Air may come in different colors, much like the recently launched 24-inch iMac.

Article Link: Next MacBook Air Will Feature Faster Apple Silicon Chip With Up to 10 Graphics Cores

Sounds almost perfect for me, but I'd like a little more RAM.
Reactions: Just sayin..., michaelnugent, amartinez1660 and 8 others
2

So many rumors about the next MBP
Reactions: ModusOperandi
D

Will this finally be what pulls me away from an aging but still serviceable mid-2012 15" MBPR?

Most likely not but exciting to see what develops!
M

Are you guys ready to pay 300$ more for black bezels? ?
Reactions: diandi, michaelnugent, cameronp16 and 9 others

Should be exciting. Air keeps the heat down without a fan, but the Pro or Power models of the M series laptops should have faster clocked and more core CPUs.
Reactions: Glmnet1
W

But I just bought an M1 Air, already obsolete ?‍♂️
Reactions: diandi, Investor27, michaelnugent and 14 others
B

Please just tell us when. And I'm not accepting 2022 as an answer.
Reactions: Tagbert, ModusOperandi and Wackery
I

Obsolete how? You're posting on a rumor article for a product not yet released.
Reactions: Menneisyys2, ignatius345, whoknows2597 and 2 others
C

That sounds like a very underwhelming and yet unnecessary upgrade. 2 more graphic cores ain't going to change anything to what is already a good machine. Either make it a bigger upgrade or don't bother.
Reactions: Investor27, Tagbert, ModusOperandi and 7 others

My M1 MBP feels like it will only be obsolete when I choose for it to be. I'm excited for the future of the M series chips but don't see myself needing more power any time soon!
Reactions: michaelnugent, shurcooL, bobscliff and 11 others

My wallet is so ready. Y’all have no idea.

2010mini said:
So many rumors about the next MBP
Click to expand...

Except that this rumor is about the MBA
Reactions: Seanm87, minik, centauratlas and 4 others

calstanford said:
That sounds like a very underwhelming and yet unnecessary upgrade. 2 more graphic cores ain't going to change anything to what is already a good machine. Either make it a bigger upgrade or don't bother.
Click to expand...

Yes, because that’s the only thing that will change. And the CPU core frequency increase doesn’t count.
Reactions: MrUNIMOG and Tagbert

intelligence said:
Obsolete how? You're posting on a rumor article for a product not yet released.
Click to expand...

I remember the days that people were so incensed that the MBA still had the old gray bezels unlike the unibody MBPs being sold at the same time.

Some day, I may want to replace my MBP 2010! The current MBA looks nice, but I would need an external minidock

From the purchaser of a 2020 MBA (i5), I feel like the best course of action is to stay away from Apple rumor sites for at least a year after a major purchase ?
Reactions: navaira, Gabebear, TimB21 and 28 others

I bought mine 18 days ago in wonderful silver. It is laughing at the possibility of colours and white bezels. It will not be shoved aside for the next flavour of the month.
Reactions: Seanm87, Investor27, fourthtunz and 2 others

I wish I could remember where I saw it, but a meme sticks out in my head of someone running in a field with a new iPhone, only to find out there's a new one around the corner.

Maybe those colourful renders are not the Air but the regular MacBook and this high-end MacBook Air will look more similar to the current tapered Air but with slimmer bezels.

I do not see Apple ever using the letter 'Y' in their naming schemes. Not sure why, but it just feels very un-Apple like.
Reactions: peanuts_of_pathos
R

Your M2Z is rumored as 32+8 core. And yeah while I don't think anyone is sure on the naming quite yet that sounds to about be the lineup.
Reactions: MrUNIMOG, Ion-X and peanuts_of_pathos
You must log in or register to reply here.
Share:
Facebook Twitter Reddit Email Share Link
Register on MacRumors! This sidebar will go away, and you'll see fewer ads.
Sign Up
Top Bottom