Nikkei: 'iPhone 12' Final Assembly Could Be Delayed to Early October

Apple's "iPhone 12" lineup is facing mass production delays of between four weeks and two months because of postponements caused by factory lockdowns and workplace absences during the global health crisis, according to a new report from Nikkei Asian Review. 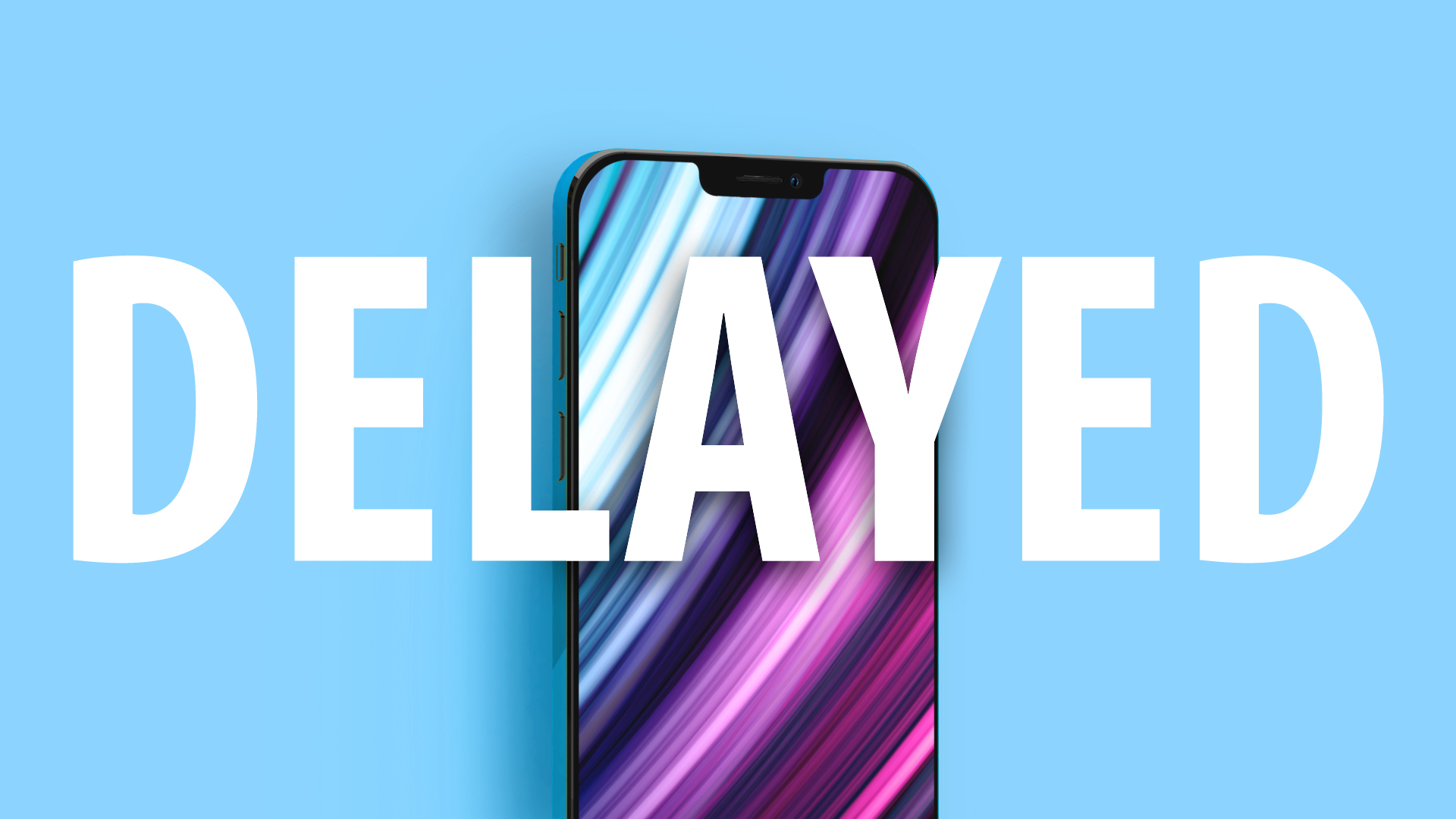 "What the progress looks like now is months of delay in terms of mass production, but Apple is doing everything it can to shorten the postponement. There's a chance that the schedule could still be moved ahead," one source told Nikkei.

"Some final iPhone assembly could be delayed to early October, and it wouldn't be surprising if there are further delays because there are still a lot of tests going on now and the final designs have not yet been locked down," the person said.
Click to expand...

According to the report, Apple has aggressively tried to cut delays and is now less likely to postpone launch of the iPhone 12 until next year, which was the situation it faced towards the end of March.

That is in agreement with a report from The Wall Street Journal in late April that said Apple still plans to launch its iPhone 12 lineup in 2020, but mass production on the devices will be delayed for around a month.

On the other hand, Apple supplier Broadcom believes the 2020 iPhone models will be delayed for several weeks, and will launch later than usual in the fall.

Apple has reportedly asked suppliers to build more than 45 million iPhone XR, iPhone 11, and iPhone SE units for the second half of 2020, as a way of shielding the company in case of delays to its new 5G iPhones.

Information from Bloomberg continues to suggest that some of the new iPhones could be released "multiple weeks later than normal," though still within the typical fall window.

Apple analyst Ming-Chi Kuo believes that the mmWave 5G iPhones could potentially see a delay due to changes to the antenna package made in early April and delays in qualification process services.

Apple is expected to launch four iPhone 12 models this year: One new 5.4-inch device, two 6.1-inch models, and one 6.7-inch handset. Kuo still expects the 6.1 and 5.4-inch iPhones to go into mass production in September, while mass production on the larger 6.7-inch iPhone will be delayed until October because of its more complicated design.

Didn't we JUST hear that it was back on track? Lol this tennis match between predictions is exhausting.
Reactions: Zachari, MMSZN, Ghost31 and 16 others

I’m planning on getting the iPhone 12!

I’m also looking forward to the camera improvements in the new iPhone 12!
Reactions: GeoStructural, Theyayarealivin, Pufichek and 5 others

The fact that we don’t have much in terms of physical leaks makes me believe a delay is pretty much guaranteed.
Reactions: mghostsoft, GeoStructural, Theyayarealivin and 3 others
R

I’m fed up with all these contradictory info. One day it’s on schedule the next it’s postponed...
Reactions: xpxp2002, EmotionalSnow, DelayedGratificationGene and 2 others

Same old rumours every year. Most of them turn out to be false.
Reactions: billk711, ZZ9pluralZalpha, pianophile and 5 others
U

jacks64 said:
Same old rumours every year. Most of them turn out to be false.
Click to expand...

Was going to say this, these rumours are just like clockwork. Same applies to headlines like "Hottest summer ever we're all going to die through drought" and "Apocalyptic snow this winter, buy shovels now!".
Reactions: xpxp2002, EmotionalSnow, BulkSlash and 1 other person

Tomorrow: iPhone 12 is NOT delayed!
The day after: iPhone 12 DELAYED again

I wonder if there will ever be a year we don’t get an iPhone delayed story.
Reactions: Theyayarealivin, EmotionalSnow and BulkSlash
A

Virus related lockdowns, aggressive delays cuts and probably other shortcuts... wouldn’t that affect the reliability of the finally produced phone? Anything rushed is bad news in my view.

I understand that Apple wouldn’t let slip through a subpar phone (well, maybe under the current leadership it could succumb to shareholders pressure making it a bit more reckless) but maybe it could “look like” a perfectly build phone up to standards that passes all QA today but seriously breaks down months down the line... antenna-gate 2x, bend-gate 2x, gpu/cpu/battery/etc-gates of sorts.

jcswim312 said:
I’m planning on getting the iPhone 12!

I’m also looking forward to the camera improvements in the new iPhone 12!
Click to expand...

As an iPhone X user without a single hiccup on it, at least you are guaranteed to be in good iPhone XS hands even if the iPhone 12 takes many many months to release... but I wonder if it gets delayed so much that it’s not flagship in the end when it releases or would they upgrade internals from what was supposed to be?

rmoliv said:
I’m fed up with all these contradictory info. One day it’s on schedule the next it’s postponed...
Click to expand...

Indeed and basing decisions on them is the worst. I have personally pwned myself with the then iMac rumors... totally unnecessary it was.

Also, are the stock prices substantially reflecting these? Maybe not a bad idea to buy on each “postponed” signal.
Last edited: Jul 1, 2020
Reactions: xpxp2002
D

jcswim312 said:
I’m planning on getting the iPhone 12!

I’m also looking forward to the camera improvements in the new iPhone 12!
Click to expand...

Buying 5 5Gs and 3 iPads at end of summer
Reactions: jcswim312

Wanted797 said:
I wonder if there will ever be a year we don’t get an iPhone delayed story.
Click to expand...

I hear ya, it's kind of like clockwork. Still, this year is somewhat different than other years.
D

DigiTimes Nikkei etc always look so inept with their predictions. I remember Tim years ago laughing while reminding us to not believe any supply chain checks.

I am glad I don't need a new phone anytime soon because these rumors of on-time and delayed is too much. Wake me up when the iPhone is announced in September when facts are set in stone.
Reactions: Theyayarealivin

Don’t worry, it’s a Ming prediction. It won’t be true.

If it’s 5G that’s causing the delay, ditch it and release it without. Who cares about 5G?!?!
Reactions: xpxp2002

at least this year the rumor is based on a biblical disaster.
Reactions: EmotionalSnow and MartyvH

jacks64 said:
Same old rumours every year. Most of them turn out to be false.
Click to expand...

But 2 days ago there was an article posted here saying that Ming stated its back on track for a September launch as scheduled.

When it's available and in the store and I have an opportunity to use the phone...I'll buy it.
D

For those complaining, calm down. It’s just another iteration of -a phone- that’s already in your pocket. Stay strong, you’ll make it through this crushing setback. Somehow.
Reactions: Oblivious.Robot, JM, glindon and 6 others
S

“..final designs have not yet been locked down,"

I hope I get to play with it at store. Sorry, but the iPhone 12 is beginning sound like a potential hot potato. I wouldn’t wanna be first in line. The Apple Silicon is actually what has me excited this year. Might actually break my upgrade cycle for that.
You must log in or register to reply here.
Share:
Facebook Twitter Reddit Email Link
Register on MacRumors! This sidebar will go away, and you'll see fewer ads.
Sign Up
Top Bottom