While recent rumors have claimed that Apple has ditched plans to release the so-called "iPhone 6c" until at least the second quarter of 2016, noted mobile phone leaker Evan Blass believes that the 4-inch budget smartphone could still be released alongside the "iPhone 6s" and "iPhone 6s Plus" later this year. 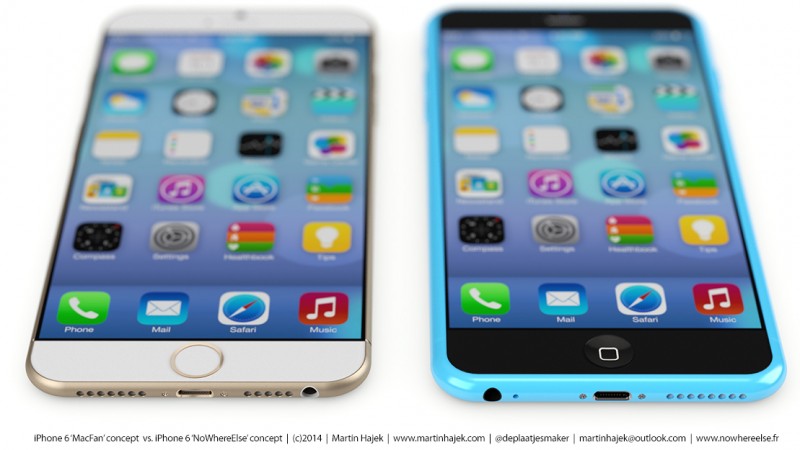 Blass, who has accurately leaked several images and details about unreleased smartphones on Twitter (@evleaks) in the past, recently tweeted that it "sounds like iPhone 6s, 6s Plus, and 6c will all arrive concurrently," suggesting that Apple could release three new smartphones at its annual iPhone event in September.

Blass is better known for leaking Android-based smartphones from handset makers such as Samsung, HTC, Motorola and Huawei, and Apple's release date plans for the so-called "iPhone 6c" appear to be in flux, so his latest prediction should be treated with a proverbial grain of salt and have been shared for discussion purposes only.

"iPhone 6c" release date rumors have widely varied, ranging from the "second half of 2015" to "2016" and "Q2 2016." The much-rumored smartphone is expected to be a long-awaited successor to the plastic "iPhone 5c" budget handset that Apple released in 2013, and could feature new 14/16nm FinFET chips from TSMC and Samsung for improved performance and lower power consumption.

OH PLEASE! (and please let it actually just be a 6S in 4 inches or even a 5S with new internals)
Reactions: japanime, NY Guitarist, Benjamin Frost and 7 others

Wake me up when September ends!
Reactions: iZac and senrab

Yes, please, will happily update my current 5C!
B

For some reason I don't see this happening.
Reactions: KdParker

I don't believe this rumor. We would have seen leaks of it by now. Remember the flood of iPhone 5c shells?
Reactions: My Name is URL, QuarterSwede, c0ppo and 6 others

We switched from the 4 to the 5c at my work. It's a nice handset. Lots of people seem to want something in this form factor too.

And it would make sense time wise for it to come in 2015. 2 years after the last c model, and alongside the 6s and 6s Plus which bring nothing major new visually.

The lack of solid leaks might be a negative against it happening though.
Reactions: dampfnudel

Andres Cantu said:
I don't believe this rumor. We would have seen leaks of it by now. Remember the flood of iPhone 5c shells?
Click to expand...

I hope this will be the case. I can't stand the bigger phones.
Reactions: Benjamin Frost and a0me
L

oldmacs said:
OH PLEASE! (and please let it actually just be a 6S in 4 inches or even a 5S with new internals)
Click to expand...

Why would they release a 5S with "new internals"? That would no longer be a 5S then.

oldmacs said:
OH PLEASE! (and please let it actually just be a 6S in 4 inches)
Click to expand...

I'd buy a couple of them in a heartbeat, although I'm pretty sure that Apple won't do it.
They'd rather sell you oversized phones with updated internals for a few hundreds more, just like what they do by not offering a 32GB model as a middle ground between the 16GB and 64GB models.
D

I'm waiting till the announcement and will get a 5S if they don't announce a new 4" iPhone.
Reactions: Benjamin Frost and Douglas B
P

leftynaut said:
Why would they release a 5S with "new internals"? That would no longer be a 5S then.
Click to expand...

Because the 6 design in 4 inches might not be able to accommodate a battery big enough. A 5S with new internals would add a 4 inch phone to the lineup.

A narrow 4" handset with TouchID and ApplePay. I know my wife would be in. 'Pretty' vibrant colors of the 5C, and she would be tempted to upgrade this year.
The CPU doesn't even matter. The I think A6 in hers, doesn't struggle even a bit.
Reactions: Benjamin Frost

I know I'm clutching at straws, but arguing against the fact we have no leaks for the 6C parts, it could just be launching later than the 6S. We also have no leaked parts for the Apple TV, or iPad Pro. (remains to be seen if we'll see them next month) We only had one leaked screen for the Retina Macbook. Perhaps simply if people aren't looking for it, they're not going to find it.
Reactions: mel823 and sananda
V

No way that'll hhappen. If anything, the low end market is even more competitive in screen size. The bigger the better in the lower price bracket

They launched the 5c alongside the 5s in Sept 2013 so it seems logical they would repeat this pattern and launch the 6c alongside the 6s. Presumably it will have the internal spec of the 5s or 6 with a single 16GB option in a range of colours. I think they'll keep the 4" screen to maximise production economies of scale alongside the new iPod touch.
2

If the plan was ever to launch the 6c at some point in time after the 6s... then what would happen to the 6? They keep selling it alongside the 6s and then suddenly do a switcharoo when the 6c is ready? Maybe. Seems off, though.

I figure they either have to replace the 6 with the 6c at the same time the 6s hits stores, or they don't do it at all.

I can't see them selling the virtually identical-looking 6 alongside the 6s, though. I know they've done it in the past with previous #/s years, but my gut tells me they don't want to go back to doing it that way.

It's time to upgrade my wife's old iPhone 5, but she doesn't like the larger form factor of the 6. She'd get a 4" 6c in a heartbeat. I hope the rumor is true. And I hope the 6c comes with a decent amount of storage.
Reactions: Douglas B