Apple is set to introduce 5G technology in its 2020 iPhone lineup, but there are two kinds of 5G -- mmWave, which is the fastest, and sub-6GHz, which is slower but more widespread -- and there is mixed information on the spectrums the 2020 iPhones will support. 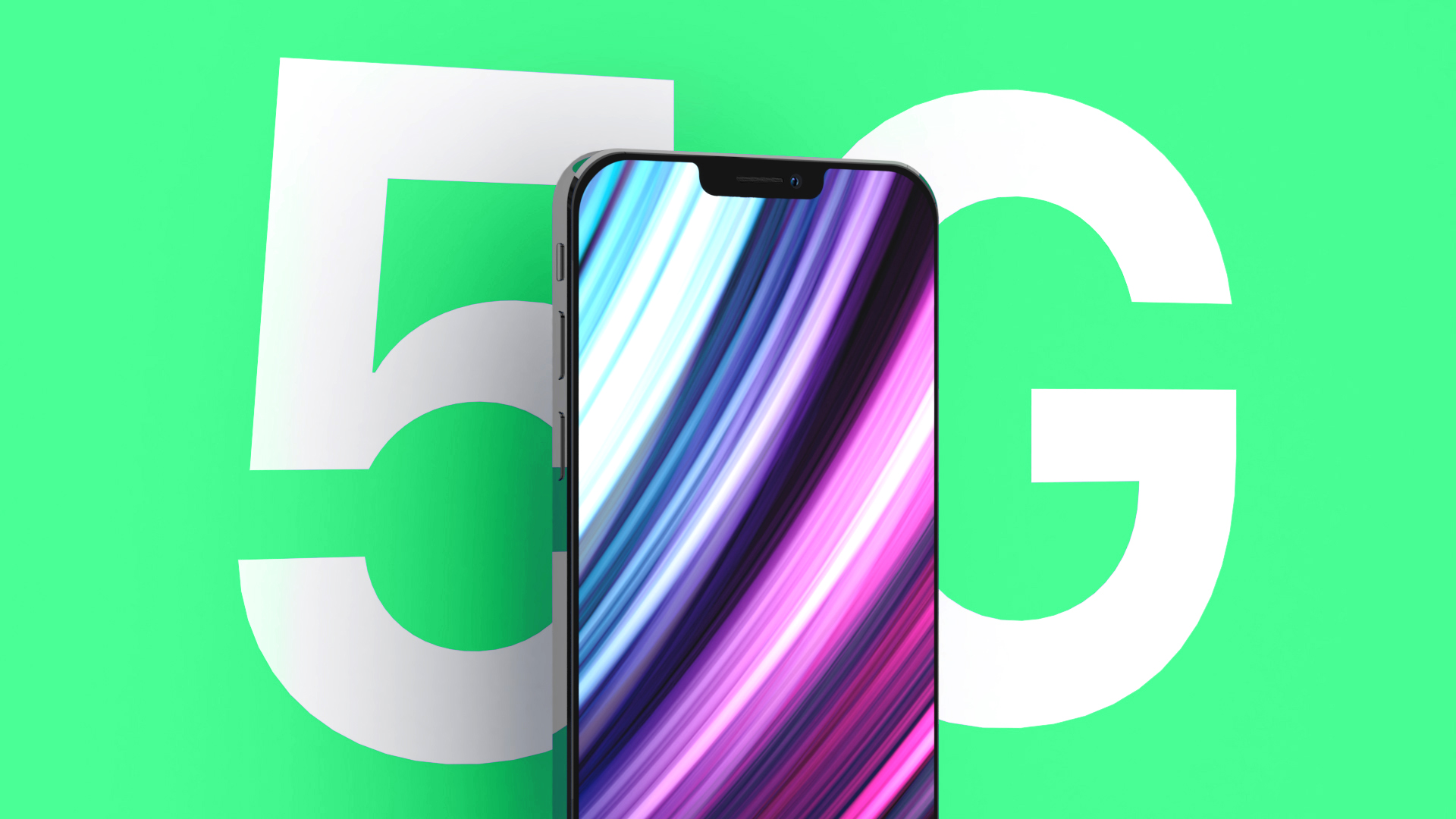 A source that spoke to Fast Company said that only the largest iPhone in the lineup has the space inside to accommodate the antenna design needed to implement mmWave support, along with the larger battery needed for its battery drain.

Further, Fast Company believes that the iPhone 12 Pro Max will support mmWave only in versions of the new iPhone sold in the United States, Korea, and Japan as some countries don't have well-established mmWave networks at this time.

mmWave is the fastest version of 5G, offering up speeds of up to 1Gb/s. but it is limited in scope because it has a short range that's only suitable for more urban areas because of the cost of deployment.

Sub-6Ghz is faster than the average 4G LTE connection, but slower than mmWave 5G. It has a much longer range, however, making it suitable for use in urban, suburban, and rural areas alike, and it is expected to be the more widely available version of 5G.

There have been a few rumors lately that have indicated Apple's iPhone 12 lineup will have a staggered launch, with the more affordable iPhone 12 models coming out before the more expensive iPhone 12 Pro models.

There have also been suggestions that the mmWave 5G iPhones could be delayed because of production issues, which matches up with rumors that it's the Pro models that support mmWave while the lower-end iPhones stick to sub-6GHz.

Sooo stupid, if true. A lot of people will have to decide if they are willing to put up with a phablet, to have this feature.
Reactions: motulist, Elshad, james2538 and 26 others

That's fine, it only works in dozens of places.
Reactions: kazmac, ruimpinho, aberamati and 13 others

Well that is the model I shall be getting, so guess I'm covered, though admittedly it was not an influence in my purchasing decision.

Of course, I am on AT&T so I probably won't see the full benefit.
Reactions: Jovijoker, erniefairchild1 and BigMcGuire

Honestly, I do not care at all about this feature.
Reactions: NO1EYENO, Tagbert, ruimpinho and 25 others
S

So, literally no iphone that's ever been made has had this feature. Is your phone not fast enough now? Why does anyone care about this?
Reactions: ruimpinho, aberamati, SantaFeNM and 28 others

Where's the Apple announcement? This is what people are waiting for.

Also, Apple stocks are down. No wonder Tim Cook cashed out last week. 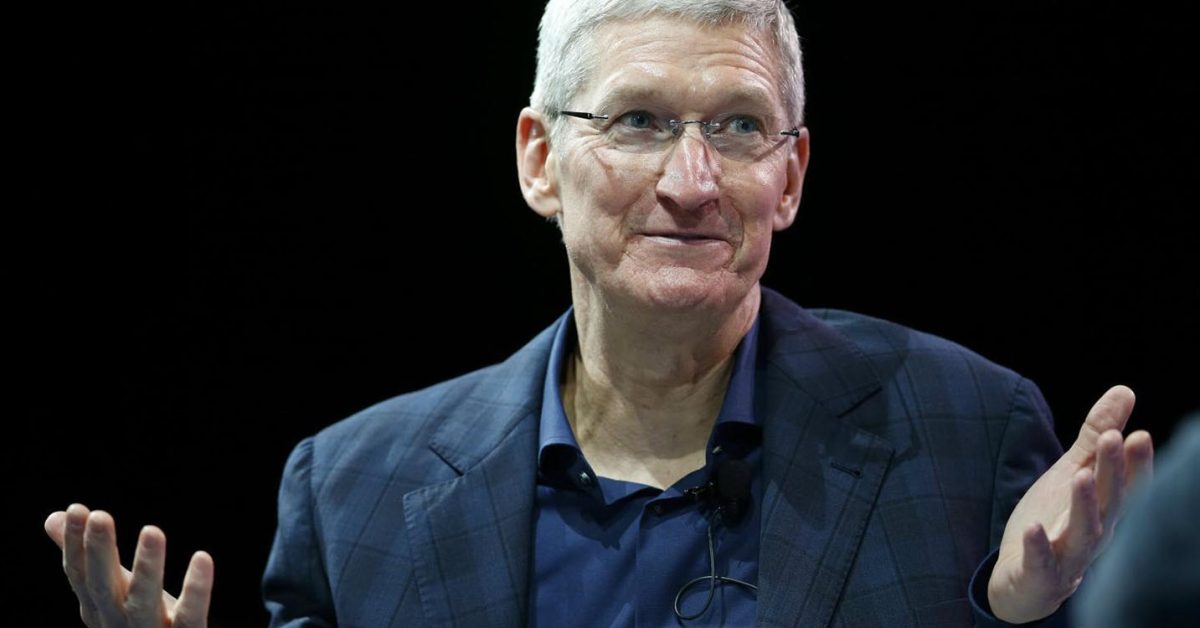 AAPL stock drops nearly 6%, on track for its worst day since March

Apple stock is on its way to having its worst day since mid-March. Thus far today, AAPL is down nearly 6% as part of (and helping drive) broader market fluctuations. AAPL stock also fell on Wednesday and is down nearly 9% since Tuesday. As CNBC points out, today is on track to be the worst […]

So why bother paying so much money when only the phablet gets all the features?
Reactions: tridley68, Jovijoker, -DMN- and 3 others

Side effect: bigger battery for most people who won't use mmWave
Reactions: bernuli, aberamati, jlozoya and 6 others

That would be a grave mistake.

But would nicely explain the lack of leaks to not hype the announcement too much.
Reactions: aberamati, Howyalikdemapls, Premium1 and 4 others

Does anyone even care about this 5G?
I believe Kuo reported this few months back.
Reactions: pmau, MorePixels, aberamati and 8 others

That’s frustrating. I’ve dealt enjoyed having the smaller pro model and planned on doing it again. But if I’m dropping $1k again, it better have promotion and mmwave 5G. I live in a city where Verizon has it all over. I’ll be frustrated if I have to lose features to stick with the other Pro size. At that point, there are a lot of differentiating factors between the 2 “pros”
Reactions: james2538, MorePixels, aberamati and 2 others
N

Other manufacturers seem to be able to put 5G mm hardware into smaller phones just fine.
Reactions: motulist, Elshad, ijbond and 10 others

Theyayarealivin said:
Does anyone even care about this 5G?
I believe Kuo reported this few months back.
Click to expand...

I certainly do. I live in a city that Verizon has had MMwave in for well over a year and it’s all over. I get that it’s sparse for most but I would welcome it personally
Reactions: motulist, compwiz1202, james2538 and 10 others
M

This is bizarre to pay for a pro model but know there is another pro model with more pro features. lol.
Reactions: motulist, Elshad, compwiz1202 and 7 others
R

I don't care about 5G, but I don't want the bigger phone to get more features.
I prefer the smaller size, I have a Xs now, and what I like about it is the feature parity with the Max. I'm ok to have less battery life as the device is smaller, but that's the only compromise I'm willing to accept, at least for the Pro
Reactions: calstanford, tridley68, dredlew and 2 others

Up to 1 Gbps in mmW? Verizon is already hitting 2 Gbps with early software, and should be able to get 4 Gbps either later this year or early next year.
Reactions: james2538, armandxp, calstanford and 5 others
K

It looks like this year I’m sticking with my iPhone 11 Pro for another round. I tried the Pro Max last year for a week and I had to return it. It’s very uncomfortable for me. I can’t imagine an even bigger phone. The 6.1 would be ideal for me. Hopefully, next year that version will get all the high-end features.
Reactions: ijbond, MorePixels, tridley68 and 1 other person

Here we go again with only bigger phones having the newer features. Disappointing.
Reactions: motulist, Elshad, chrizzz09 and 8 others
T

Most countries are not even ready for 5G. That's a good thing to get cheaper prices.
Reactions: aberamati

HeavenDynamic said:
Here we go again with only bigger phones having the newer features. Disappointing.
Click to expand...

Worst part is it's delayed and we have to wait till November.
Reactions: MorePixels, calstanford and Jovijoker
X

Here we go again. Only the big phone gets all of the features, even if they're both supposed to be “pro” phones.
Reactions: motulist, chrizzz09, MorePixels and 7 others

It's a very smart decision on AAPL's part !

Covid changed the potential opportunity, & AAPL is probably simply adapting to it.

Fine by me because that’s the exact model I’m getting Lol.

But I mean like others have said, it’s not that much faster and isn’t EVERYWHERE yet.
Reactions: Jovijoker and dominiongamma
M