We at Acidanthera are a small group of enthusiasts who are passionate about Apple ecosystem and spend time developing software to improve macOS compatibility with different kinds of hardware including older Apple-made computers and virtual machines. For us, who do this on entirely volunteer and uncommercial basis, for fun, it is shocking and disgusting that some dishonest people we do not even know dare to use the name and logo of our bootloader, OpenCore, as a matter of promotion in some illicit criminal scam. Be warned, that we are nohow affiliated with these people and strongly ask everyone by all means to never approach them. Be safe.
Click to expand...

Following in the footsteps of Psystar, a new company called "OpenCore Computer" (No affiliation with the OpenCore Bootloader) this week launched a commercial Hackintosh computer called the "Velociraptor," which is a violation of Apple's end-user license agreement or EULA for macOS. 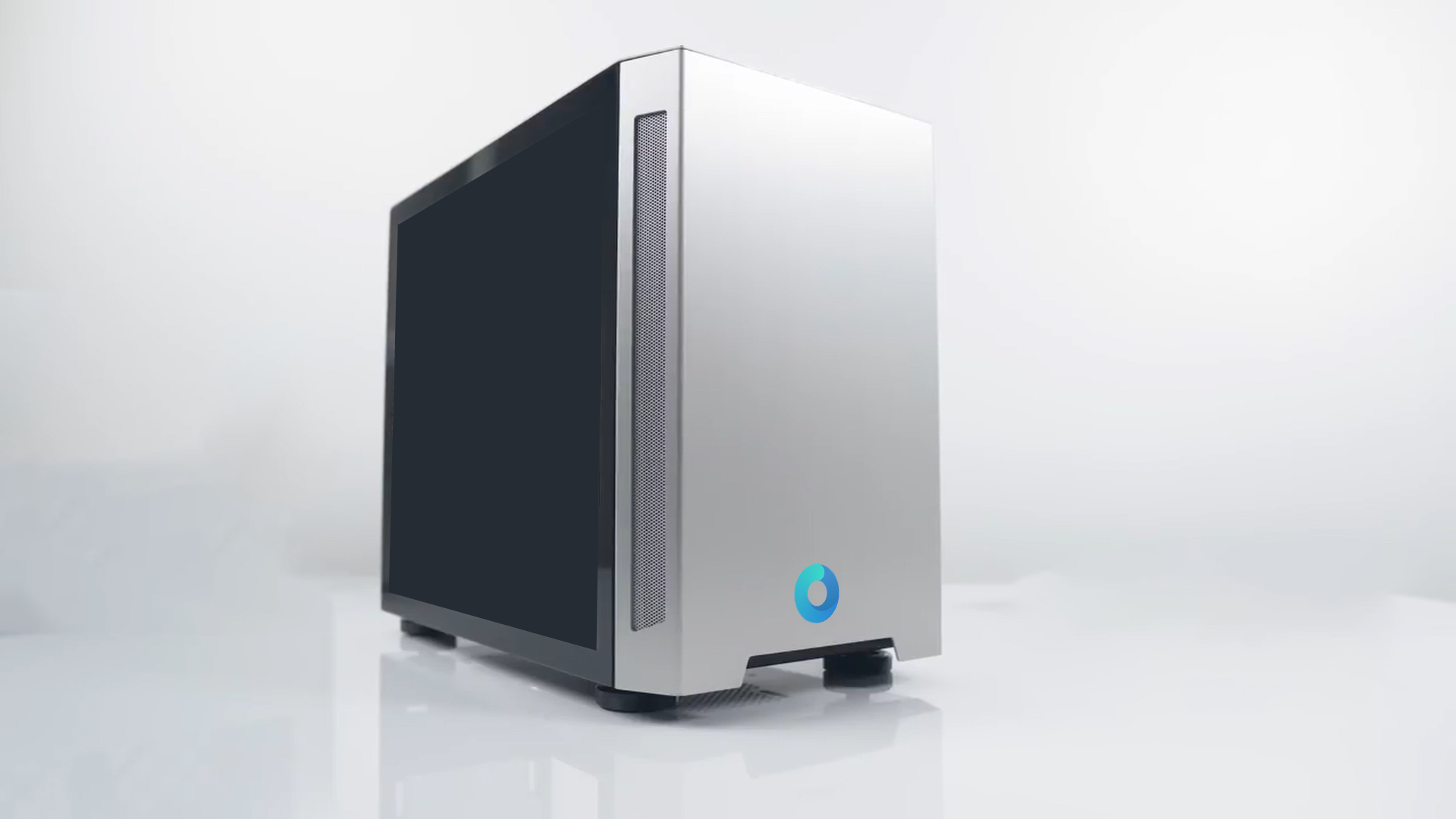 On its website, OpenCore Computer claims that it hopes to make Mac Pro-style workstations more accessible. The company's lineup of computers, which they call "zero-compromise Hackintoshes," are advertised as coming with macOS Catalina and Windows 10 Pro pre-installed. The first available model is the "Velociraptor," which is configurable with up to a 16-core CPU, 64GB of RAM, and a Vega VII GPU, and starts at $2,199. OpenCore Computer intends to launch more models at a later date, with options allowing for up to a 64-core CPU and 256GB of RAM.

Hackintoshes are computers that run macOS on hardware not authorized by Apple. OpenCore is a free open-source tool used to prepare a system for booting macOS. The company selling these Hackintoshes seems to have appropriated the name of the open-source bootloader, and has no affiliation to the developers of OpenCore. Hackintosh machines have to bypass copy-protection technologies that Apple uses to protect macOS from being cloned, affording them a dubious legal status when sold. OpenSource Computer reports that its computers "work just like a regular Apple Mac."

Commercial Hackintoshes have a notorious legal history. The now-defunct Psystar Corporation sold so-called "Open Computers" from 2008, with the option to have Mac OS X Leopard pre-installed. Apple's EULA forbids third-party installations of its software, and any commercial Mac clone is a violation of that agreement, as well as the Digital Millennium Copyright Act (DMCA). Apple sued Psystar in 2009 and won a permanent injunction against the company, and the U.S. Supreme Court declined to review the case in 2012. Given this precedence, it is particularly surprising that OpenCore Computer has chosen to sell a Hackintosh.

OpenCore Computer seems to be trying to get around the EULA by accepting payments in Bitcoin cryptocurrency only. In an attempt to prove that the company is not a scam, it offers the use of escrow payment through "Bitrated," which intends to bring consumer protection and fraud prevention measures to cryptocurrency transactions. Much like the skepticism levelled at Psystar in 2008 when it announced its Mac clone, the legitimacy of OpenCore Computer is unclear. No address for the company is given and there is little further information about it online.

in before ARM …
Reactions: Orionfox, George Dawes, JDGwf and 11 others
Comment
N

Good for them, I hope they are real. Competition is good.
Reactions: The-Real-Deal82, Eriamjh1138@DAN, foliovision and 38 others
Comment

Why would anyone buy a Hackintosh with Catalina preinstalled? Not only is it a dumpster fire of a MacOS release, you can only run 64-bit MacOS apps.
Reactions: foliovision, ssgbryan, Mendota and 37 others
Comment
A

Is there an actual way to buy “ARM” chips on your own like AMD and Intel CPUs?

EDIT: scratch that, haven’t checked yet tame the curiosity, but at best there’s the issue of “motherboard slots”, compatible ram, etc etc. and at worst for sure not the Apple designed ARM chips.
Reactions: David G. and vigilant
Comment
S

I owned one of the Psystar clones back in the day-- was surprisingly powerful and stable, if a little wonky on the install and bootloader. I installed it in a media application offline and never updated it, and it lasted until a flood in 2016 took out the whole office.
One of the best ~$500 I've spent on tech, I'll probably look into these for a similar use before Apple shuts it down.

It would be one thing if a company was selling computers without an OS and advertised it as "100% Hackintosh Capable". But to actually include MacOS is just begging for Apple's lawyers to notice you.

Also, a site that says "just send us some bitcoin and we'll mail you a computer" sets off my Scam Detector pretty fast.
Last edited: Jun 13, 2020
Reactions: Martain, kukhuvud, Websnapx2 and 63 others
Comment

Oh boy! Apple will have a field day with them. Any takers on how long it will take Apple to completely kill this?
Reactions: George Dawes, MagMan1979, Shirasaki and 11 others
Comment
W

I configured what I would call a base model and it came to about $4000 and that is without and kind of extended warranty or repair program! No, Thanks!
Reactions: DramaticView, Websnapx2, compwiz1202 and 12 others
Comment

I miss the days of Power Computing when a Power Computing Mac Clone was faster and more robust than what Apple offered. Hence why the clone program was dropped. Apple did do a good job in the Power Mac G4 and G5 days of making those computers beasts but since the turn to Intel they have steadily lost their edge again. I’m actually shocked that Apple hasn’t gone Ryzen in the Mac Pro and iMac lines. They need to do something in the price per spec territory or we could see another repeat of the mid-90’s history.
Reactions: foliovision, DramaticView, whooleytoo and 16 others
Comment

Let me fire up my old PPC clones to celebrate.
Reactions: DramaticView, ingik, Azrael9 and 7 others
Comment

MacRumors said:
OpenCore seems to be trying to get around the EULA by accepting payments in Bitcoin cryptocurrency only.
Click to expand...

I'd be interested to know how the currency used affects the enforceability of the EULA...
Reactions: DramaticView, Somian, throAU and 14 others
Comment
W

Lamborrari said:
Why would anyone buy a Hackintosh with Catalina preinstalled? Not only is it a dumpster fire of a MacOS release, you can only run 64-bit MacOS apps.
Click to expand...

It's 2020! What Apps are you running that are not 64-bit?
Reactions: DramaticView, Websnapx2, vanishing tiger and 51 others
Comment

Why can't Apple make a normal desktop around $3000? It shouldn't be a problem. If you disagree, then you have a problem.
Last edited: Jun 13, 2020
Reactions: nitant, PatmacLondon, Miko Meloni and 68 others
Comment

Maybe this company knows something we don't. Maybe Apple is going to make an announcement at WWDC that it is opening its EULA to allow people to buy their OS and install it on anything they like.
Last edited by a moderator: Jun 13, 2020
Reactions: Websnapx2, winston1236, MagMan1979 and 27 others
Comment
R

Why should they is there question. They seem to be doing well without it.
Reactions: foliovision, Websnapx2, bergert and 16 others
Comment
M

Good luck with that....
Reactions: DramaticView and vanishing tiger
Comment

And, in this case, illegal. In case this isn’t clear, you also can’t steal the recipe for KFC and then “compete” selling fried chicken.
Reactions: DramaticView, tongxinshe, compwiz1202 and 28 others
Comment
I

Im afraid that this may make it harder for us normal users to make Hackintoshes. Because so far Apple has looked the other way and not used code to prevent it
Reactions: DramaticView, vanishing tiger, navaira and 13 others
Comment

There should be no one supporting this. One of the factors in Apple's pricing is the included software. For them to be dumping it in their "hackintosh" and selling it is basically like Netflix streaming Warner Bros movies without licensing.
Reactions: DramaticView, Websnapx2, iBluetooth and 15 others
Comment
C

Hope Apple shuts them down. And they will as macOS is apparently included.
[automerge]1592078593[/automerge]

Apple does.
Reactions: foliovision, Websnapx2, MagMan1979 and 11 others
Comment
M

You have to pay via BTC because they are trying to avoid getting in trouble for breaking Apple's EULA...yeesh. No thanks.
Reactions: MagMan1979, FriendlyMackle, tharitm and 5 others
Comment

Not sure where the advantages are.... you can get a tricked out macMini (not a super computer, but darn fast) for the same or less than one of these, and you are SURE it will be supported ... No "bit coin" required
Reactions: edubfromktown, MagMan1979, ingik and 11 others
Comment