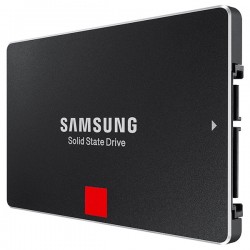 For users looking to upgrade their older Macs with third-party solid-state drives (SSDs), one issue has been a lack of support for TRIM on these drives under OS X. TRIM is a system-level command that allows the operating system and the drive to communicate about which areas of the drive are considered unused and thus ready to be erased and rewritten to. In the absence of TRIM, users can see significantly slower drive writes as the drive begins to fill up.

Officially TRIM has only been supported on Apple's drives, and while tools such as TRIM Enabler have been developed to turn on TRIM for third-party drives, they ran into issues under OS X Yosemite due to Apple's use of kext signing. With this security measure in place, users have had to disable kext signing in order to enable TRIM, and should kext signing be turned back on such as by resetting NVRAM/PRAM during troubleshooting, the user's system will refuse to boot.

Since the developer release of OS X El Capitan on Monday, a number of users interested in TRIM support have been investigating the possibilities for TRIM on third-party SSDs, particularly with the new "rootless" security features that prevent access to many system-level files.

Some users have been playing with various options involving turning off rootless temporarily in order to run utilities like TRIM Enabler, and members of our forum have discovered a simple command to enable built-in support for TRIM on third-party drives that can be enabled once rootless has been disabled. The developer behind TRIM Enabler and others have confirmed the method does work and are making plans to enhance their software to support it.

Enabling TRIM using this method does come with a warning from Apple, as it can cause issues on occasion and the company wants to make sure users are operating it at their own risk.

This tool force-enables TRIM for all relevant attached devices, even though they have not been validated for data integrity while using that functionality. By using this tool to enable TRIM, you agree that Apple is not liable for any consequences that may result, including but not limited to data loss or corruption.
Click to expand...

Apple could certainly make changes as development on OS X El Capitan continues, but given the built-in trimforce tool it certainly appears the company intends to allow TRIM to run on third-party SSDs. The "man" documentation for the trimforce command indicates it was introduced in OS X 10.10.4, which remains in developer testing, but forum member mikeboss has determined it is not present in the current developer build.

While most users will never need to deal with this issue, upgrading to an SSD is a popular way to squeeze some more speed and life out of an older Mac, so there is a sizable community of users interested in getting TRIM to function on their third-party drives, and some of them may find TRIM a helpful tool.

OMG THANK YOU APPLE! I requested this feature too DD! SSD Upgrade for my iMac inbound!
Reactions: Jamalien
D

My SSDs thank you Tim.
Reactions: scapegoat81, 808?, PowerBook-G5 and 1 other person

This is very good news! Not sure why it has taken Apple this long to do this - I guess their philosophy of "use the machine only as it came from us" is waning at least on older machines where user replaceable hard drives are present.
Reactions: Sandstorm and Jamalien
K

This is awesome news!! I hope it makes it to the final release.
My 2011 MBP has been given new life by installing a Samsung 840 EVO, but I've been noticing a decline in performance over time (probably due to not having TRIM enabled). I really hope Apple allows users to easily enable it for 3rd party SSDs with OS X 10.11!
Reactions: Equitek, Jamalien, ksnell and 1 other person

This is awesome.
Reactions: dmi
O

El Capitano of TRIMo
Reactions: AleXXXa, costica1234, ksnell and 2 others

Best News I have heard all day!!!!! I hope Apple does not close this option. Thanks Apple. PLEASE don't close out this option!

And THANKS to all who developed the way and the coding!!
Reactions: Equitek, ijbond, Jamalien and 3 others

Most SSD manufacturers have garbage collection built into their controllers that cleans up during idle time. Those that stress their SSDs with lots of read/write will find more value in the Trim Enabler.
Reactions: AleXXXa

kk1ro said:
This is awesome news!! I hope it makes it to the final release.
My 2011 MBP has been given new life by installing a Samsung 840 EVO, but I've been noticing a decline in performance over time (probably due to not having TRIM enabled). I really hope Apple allows users to easily enable it for 3rd party SSDs with OS X 10.11!
Click to expand...

Is yours an early or late 2011? I have the late 2011 15" MBP and have been wanting to go SSD for a while but have read some about some issues surrounding this particular model. Can you offer me any insight based on your experience?

darcyf said:
Is yours an early or late 2011? I have the late 2011 15" MBP and have been wanting to go SSD for a while but have read some about some issues surrounding this particular model. Can you offer me any insight based on your experience?
Click to expand...

I'd recommend Crucial over Samsung, got an 840 Evo in my 2012 15" MBP and I really wish I went Crucial. Fitted 50+ Crucial SSDs in Win/Mac systems @work in addition to 7 in friends' MacBooks and they just seem to run much, much smoother.

But either way you won't run into any problems, they both still work.
Reactions: Digger148, TechZeke, PotatoLeekSoup and 4 others

Yeah, having to disable system protections just to make sure your SSD works smoothly over the course of time was probably not good long term.
Reactions: John.B

Goodness gracious, too bad I have the radeongate mbp otherwise I would keep this as secondary machine when I get the skylake mbp.

Edit : there is still disclaimer from apple to use the trim, but still better than nothing.

This is promising news.

Bravo to Apple, for listening to the pleas of some of their most nerdy customers, and adding this command! Thanks, Tim & Co.!
Reactions: Equitek

THANK YOU!!! Of course, I literally just installed the Cindori Trim Enabler 2 days ago on my 2010 13" MBP. Boot time is finally back to 17 seconds (like it was running 10.9.4) compared to about 55 without trim enabled (running 10.10.3). Nevertheless, I'm happy that Apple is listening!
Reactions: Sasparilla
M

kk1ro said:
This is awesome news!! I hope it makes it to the final release.
My 2011 MBP has been given new life by installing a Samsung 840 EVO, but I've been noticing a decline in performance over time (probably due to not having TRIM enabled). I really hope Apple allows users to easily enable it for 3rd party SSDs with OS X 10.11!
Click to expand...

I wish it was just a TRIM issue (may very well be), but the 840 EVO has been a complete cockup of a screwup. Google it and you'll see why Samsung should've just replaced these permanently defective drives with refurb 840 pro's at the very least. To sum it up, Samsung didn't really take into account how fast the TLC flash loses voltage (in other words - 'forgets') so the flash ram becomes much harder to read over time. So your previously written info is 'hard to read' so it causes significant slow-downs. There's been 2 patches released for this, the first one - which is supposed to make it easier to read previously written info - by re-writing once - failed, and now they're doing a more drastic measure of the drive substantially increasing the frequency of re-writes. So your drive will never perform as well as it should AND your drive will wear out faster than it was supposed to due to the frequent re-writes to try to maintain performance. (What makes this even worse is that TLC has much less durability than MLC flash)

Long story short, I'm avoiding all TLC flash SSD's from now on. Go for a 850 pro or Sandisk extreme instead...

PS All SSD's have to have their data re-written periodically as they all 'forget' over time - hence why SSD's are a poor choice for long-term storage especially if left off - but Samsung's small process TLC flash is really bad at this. The 850 Evo is supposed to fix this as the 3D TLC flash used in it is much bigger so it doesn't lose voltage as fast.

Thank you, Apple. Seriously. If it shows up early in 10.10.4 Final, I'll be ecstatic (even though it's not there currently).
Reactions: Equitek

magbarn said:
I wish it was just a TRIM issue (may very well be), but the 840 EVO has been a complete cockup of a screwup. Google it and you'll see why Samsung should've just replaced these permanently defective drives with refurb 840 pro's at the very least.
Click to expand...

If you install the latest firmware (April 2015) the problem gets fixed by regularly moving the data around on the SSD in the background. Upgrading the firmware is quite easy – if you manage to boot your Mac from a CD or USB (in my case I had to replace the DVD drive with another one to get it to boot, since the DVD drive had died and USB booting is not supported on older Macs).

If you do not upgrade the firmware, older files will get very slow read speeds, slower than the HD you have replaced.

Our Mac minis thank you!
M

Now, if Apple can find a way to do this without requiring rootless to be disabled, that'd be awesome.
Reactions: DaveN

4th padded cell on the right

This announcement comes right after I purchased an Angelbird SSD that supports TRIM. But hey, I'm thrilled for those who need it. Well done Apple.
Reactions: Sweetfeld28
You must log in or register to reply here.
Share:
Facebook Twitter Reddit Email Share Link
Register on MacRumors! This sidebar will go away, and you'll see fewer ads.
Sign Up
Top Bottom