OS X Lion Not Going to Launch This Week? 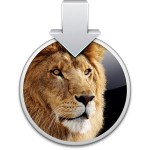 There have been expectations that Apple could release OS X Lion this week, potentially as early as tomorrow (July 14th). A few doubts, however, have been introduced in the past couple of days. LoopInsight's Jim Dalrymple tweeted this evening that he hopes "you guys don't lose too much sleep waiting for the new Macs and Lion tomorrow", suggesting that release won't happen on Thursday. Dalrymple's been known to have some inside Apple contacts in the past.

Meanwhile, Arstechnica's John Siracusa said during his podcast on 5by5.tv that he'd also heard that Lion is not coming this week. Siracusa, however, describes the information as "third-hand, fourth-hand" information.

So while neither source is particularly concrete about their predictions, given the anticipation surrounding OS X Lion's release, we thought it worth noting.

If we do believe that OS X Lion isn't coming this week, then despite the leaked part numbers, it's almost certain the new hardware will also not launch this week. At this stage Apple is expected to launch the new MacBook Airs and Mac Minis with Lion pre-installed, so they can't launch the machines without first officially releasing OS X Lion to the public.

For Apple's part, they have only promised that OS X Lion will ship in July, and have made no promises about new hardware.

This is killing us. This may be the case as Safari 5.1 is still buggy.

You're tearing at my heartstrings... Oh well, maybe next week.

Apple is taunting the public, if they just knew the GM might have been leaked to over 500,000 people, LOL.
S

Probably the coming Tuesday then.

It has at least one critical user switching bug. iChat history bug is not fixed since DP1. Mail works crappy with rules you i set up and Apple Script support is half dead.

heh, not going to lose sleep. Tomorrow, the next day, whatever. It's coming out, that's all that matters. That guys comment doesn't necessarily mean it's not coming out tomorrow, anymore than the rumors mean it is. Doesn't make any difference. Going to rock when it is released.

Oh well, apparently there was a lot of problems anyway.


Or, they are just playing with everyone, and will be releasing it tomorrow!
O

Then what are the overnights tonight for?
B

Well if this is true, it will be a big disappointment. But oh well... I hate when apple isn't specific on a launch date. Can't wait for Lion!!

Maybe, maybe not. The "Notify Me" page doesn't fully load.

im not going to lie I am kind of disappointed, was looking forward to it

Actually, I remember some OS X release that was on the new machines and not available to the public for a few hours. It was mayhem in the stores.

I remember no such thing. I remember Apple saying that they will release it in July. Nobody promised anything, really. But July is still good for another 2 weeks so what's the rush?

I nuked all of my broken Spotlight comments and repaired my disk too. Do you know how long it is going to take to retag 5,000 pictures?

Those old .DS_Store files would just corrupt at the drop of a hat in Snow Leopard, thanks Apple!
D

xkmxkmxlmx said:
Then what are the overnights tonight for?
Click to expand...

We'll all see soon. But if new hardware was to launch, the Online Store isn't down (although lately they haven't been taking it down as long). I see either Tomorrow or Friday as the go to dates. I've looked through old emails, they like to announce thigs in the early morning.
D

xkmxkmxlmx said:
Then what are the overnights tonight for?
Click to expand...

Who knows that there were any. It might have just been a rumor.

It's also possible that some stores were doing overnights to refresh their layout so that their MacBook Air and Macbook areas are up front so that they will be ready for the release in a week or two.

Personally I figured Lion was at least a good week away when the call for folks to submit their apps was this week and then the whole Connect issues. Just didn't seem logical they would launch after only 2 days of reviewing apps. A week seems like the minimum.

Also I don't think they would launch in the US while they have their summer camp thing going on. Just seems goofy.

So I'm thinking, with camp next week and the one after, that they will release Lion perhaps on that second Wednesday with maybe new machines the same day. Then they could have an overnight to load the software on the old machines and the new ones at the same time. And probably new posters and maybe a new Mac window.

i am kind of disappointed but i would rather have a stable release than something filled with bugs. 10.6.8 is suiting me well and will be waiting patiently until lion is ready.

Next Friday here's why

All this hype for lion this week was misplaced.
Not until after earnings next week
Also devs need time to get submissions to app store

Next week people move along now

2 more weeks till the end of july. I can do this.

I wouldn't be surprised if they sent around a second GM candidate first; there are a bunch of little bugs and it still lacks that "snappy new OS" performance for me.
You must log in or register to reply here.
Share:
Facebook Twitter Reddit Email Link
Register on MacRumors! This sidebar will go away, and you'll see fewer ads.
Sign Up
Top Bottom