Although hope for the redesigned iPhone 5 seen through third-party case designs is waning as evidence continues to stack up for the "iPhone 4S" design and no sign of the larger, tapered iPhone 5, that hasn't halted interest in the iPhone 5 design. 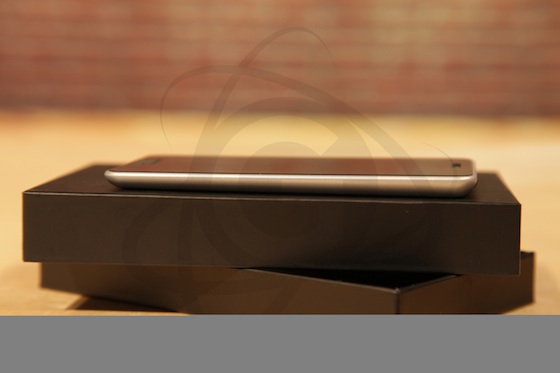 And while we took a stab at some renderings of a potential iPhone 5 based on the case designs, benm.at has now taken things a significant step further and created a physical mockup of the device.

Based on CAD designs, hardware components, several leaked hints, cases and recent, believable mockups we created a three-dimensional computer model. This virtual model was then used to build a very detailed, true prototype that you can hold in your own two hands.

The process to create this prototype is the same that's used to create the iPad. The back was machined from a sold block of aluminium, which was later treated with glass pearls to get the same slightly rough touch that we already know from the iPad.
Click to expand...

The mockup offers an excellent view of what the rumored iPhone 5 design might look like, and while the actual device may not be making an appearance next week, it is possible that the design may have been from a prototype that Apple could be working toward for a future generation of the iPhone. 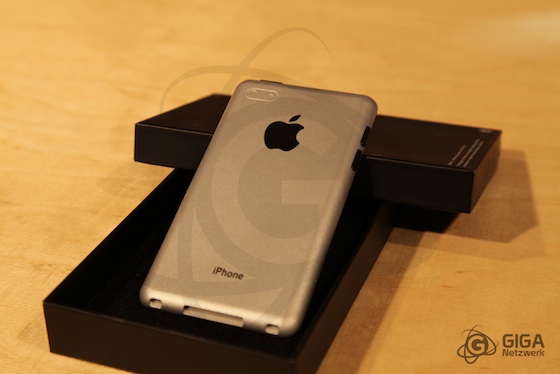 Ugh, such a tease! I can't take all of this lol

It's really gorgeous though. I really like the more "squared" corners design from the top-down view and the way he did the home button and/or swipe area.

I hate the "rectangle" design. Seriously, It's ugly.
Comment

I like the look of the "5". Here's to hoping we actually see the real deal on the 4th.
Comment

EmbraceTheOne said:
I hate the "rectangle" design. Seriously, It's ugly.
Click to expand...

Well, I guess I wouldn't mind that teardrop formation because it's very minimal. I hope it doesn't put pressure on the port when docked.
Comment
P

Apple, listen up, people like the looks of that thing. Do not miss out, otherwise some other company (likely Samsung) will wise up and take advantage of your missed opportunity.
Comment
T

Is it just me or is that website taking forever to load, and I have 25Mbps down.

Looks like the SGS2 for sure, but saying that the SGS2 looks stunning and this just looks a little better.
Comment
S

EmbraceTheOne said:
I hate the "rectangle" design. Seriously, It's ugly.
Click to expand...

Take it or leave it.


I friggin' love it!! All I ask is that they light up the

Face it guys .. Apple touched the perfection with the iPhone 4 design. Really, I can just look at it and just enjoy it. This "5" is cool indeed but I still like the 4th much better.
Comment
M

Really like the design, but will it by thick enough to have nice top and side buttons?
Comment

yly3 said:
Face it guys .. Apple touched the perfection with the iPhone 4 design. Really, I can just look at it and just enjoy it. This "5" is cool indeed but I still like the 4th much better.
Click to expand...

Why people wasted time to make this ugly mockup?
Comment

Sadly whatever the design is, Apple won't be able to supply the demand. IMO, as badly as I want it, I refuse to move to it if it does not have a 4"> screen. No way no how!!
Comment
D

I still think this was just a prototype that will come out next year.....
Comment

Looks SUHWEEEEEEEEEET! One thing though. If the mock-up is shorter than iPhone 4 how do you explain these cases being way bigger than the iPhone 4?
http://youtu.be/TU7iCNIumpc
Comment
T

Now if it could only pop out of the screen amd materialize at an Apple store, complete with internals.......