This past weekend, Nowhereelse.fr shared photos of what could be the rear shell of Apple's rumored low-cost plastic iPhone in the colors green, red and yellow. While the site still acknowledges that the shells could be Chinese copies, certain features are still consistent with previous leaks and claims. Now the site shares [Google translation] a new photo that includes a blue rear plastic shell.

In mid-June, Reuters ran a report that stated that the low-cost iPhone would come in multiple bright colors, with Mac Otakara claiming that one of the colors would be blue. And while we have seen the possible shells for the green, red, yellow and white plastic iPhones we had not seen the blue one until now. 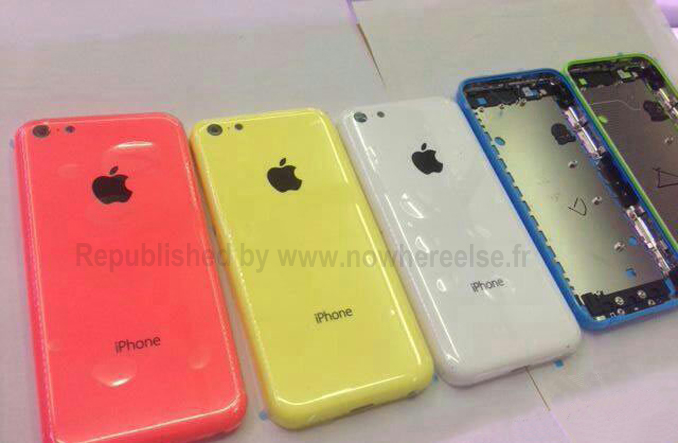 While the photo does not show the full exterior of the blue rear shell, it does show enough of the sides and the inside of the rear shell to imagine what a blue plastic iPhone could look like.

The blue shell is pictured alongside red, yellow, and green ones seen over the weekend, with a white shell also included. The white shell appears very similar to one leaked through a different source back in April.

The lower-cost plastic iPhone is likely to launch later this year in either September or October, presumably alongside Apple's flagship iPhone 5S. The plastic iPhone will offer consumers a more affordable iPhone choice, especially in markets where carrier subsidies are rare.

Yesterday, MacRumors published high-resolution mockups based on the previously leaked rear shell photos and other information, offering a look at the complete device's potential size, shape and texture.

I really dont know what the big deal is? The first iPhone was plastic!

that blue would actually be pretty nice

If these feel anything like the 3GS did, I'm in.
J

Am I the only one that really wants one of these things??? The white one looks awesome.

If in doubt - and you need to distract your user base away from the fact you've not had any decent innovative ideas for the past two years ....colourise!

The 'guts' of these cases look authentic at a glance. I wouldn't be surprised if these are released in September.

Hmm...lack of FCC info is interesting. I thought late stage prototypes usually had the FCC info on the shell with a series of xxxxx where the actual IDs should be. The lack of this makes me skeptical of this leak and lead toward Chinese knockoffs.
D

You're thinking of the 3g. I have the original right here in front of me, polished steel bezel and three quarter aluminum back with the lower part black plastic for antenna transparency.

I'm not especially excited about this since plastic just doesn't have the crafted feel of metal, though the antennas might end up working better/no more antenna-gate.

I'd like to see a really nice looking red one. The one depicted here is a bit too bright. Plus I don't think I'd want a red plastic one.

Regardless, it's nice to see the possibility of a variety of colors becoming available.

What would the naming be then?

Cause obviously apple would drop the numbering when this one comes out, just like the ipad.


chrisbru said:
It will just all be iPhone, I think. Like the iPod Touch Line. This low-cost iPhone will just be a lower storage capacity probably.
Click to expand...

come to think of it, yeah you are probably right.

the low cost colourful iphone only available in 16 GB = the cheap one
and the flagship iphone could start from 32 GB. I'm speculating with the pricing here, so it could be :

Count me in too, the 3GS was a great bit of kit!
L 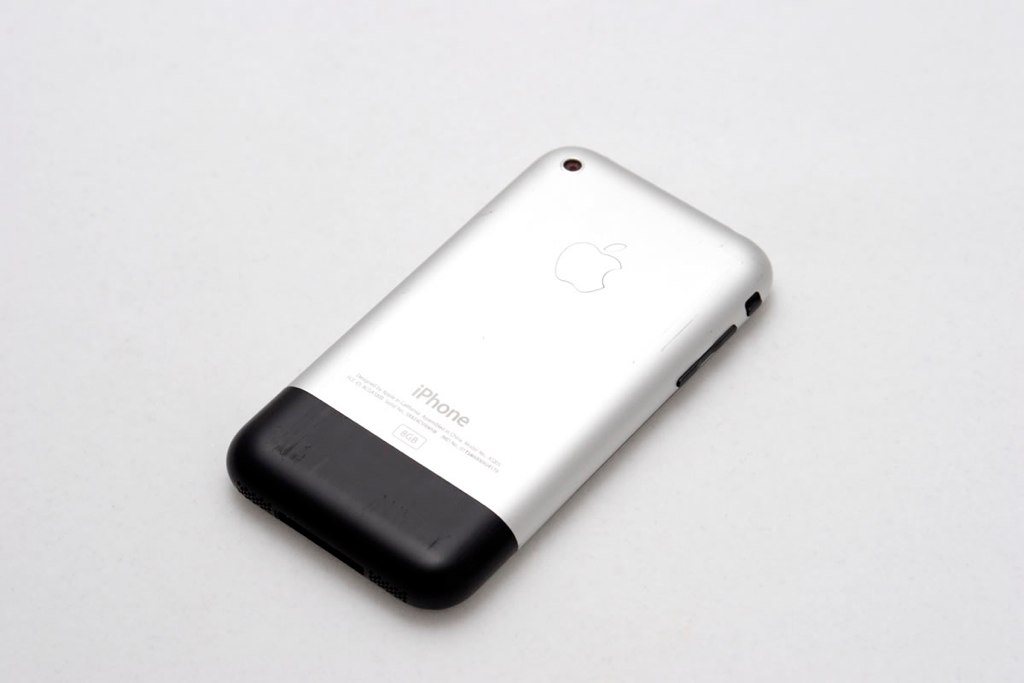 Looks aluminum to me...
L

This makes your front page, but you push Apple being sued for anti-competitive practices to the iOS Blog?

Get it together guys.
J

Yeah the numbers have to go. They need to do it by year.

Because this plastic iPhone definitely won't be numbered.

still miss this design (at least the back)

Tankmaze said:
What would the naming be then?
Click to expand...

The second iPhone was plastic.

these are for 3rd world countries to take on Nokia and Motorola right?

why would americans buy these? Just get an iphone 4s or 5 or 5s and throw a sleek colored case on it if you want color..
B