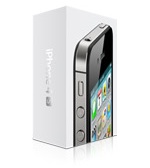 iMore, which was the first source to claim that Apple will be holding its media event to introduce the next-generation iPhone on September 12, now reports that pre-orders for the device will begin on that same date ahead of the already-rumored first wave of launches on September 21.

Apple's first launch wave typically includes the United States and perhaps a half dozen other countries, and iMore notes that the second wave of launches that will bring the device to additional countries is scheduled for the first week of October.

We've since learned that iPhone 5 pre-orders are currently planned to begin that same day, at least in the U.S. Release is still planned for 9 days later, on September 21, 2012. We've also learned that the second wave of iPhone launches, the ones in international markets, will begin in the first week of October, likely October 5.
Click to expand...

The report notes that this sequence of events will be similar but not identical to last year's, which saw the iPhone 4S introduced on October 4 and pre-orders begin three days later on October 7. The iPhone launched in the United States and six other countries on October 14, with the second wave bringing the device to over 20 additional countries two weeks later.

Although I'm skeptical, that sounds great to me!

I can safely say this is pretty much nailed on...I'm going to wait this time, my 4S will happily run IOS6, and if Apple don't deliver on screen size etc. I'll stick..Sometimes enough is enough.

Where do I wait in line for the Pre-Order? AT&T, Apple, or is it online Apple Store only?

It will most likely launch in the same way as the iPad 3 did.

Fingers crossed, been a while since I bought my 3g (no s!) and to say its on its last legs is an understatement!

Everything is coming together nicely!
J

No pre-order from me. I want genuine, in-the-wild-reports of battery life before I commit, the 4S's is crap.
O

Weird if they are up for pre-order the same day. Wonder why they aren't waiting until Friday like last year.

How would this work if I have an upgrade due from VZ? This is the first time I've considered buying on opening day. Will I be able to pre-order through VZ?
C

Allenbf said:
How would this work if I have an upgrade due from VZ? This is the first time I've considered buying on opening day. Will I be able to pre-order through VZ?
Click to expand...

Or Apple.com. You give them your VZ info and they will see you are due for a discount.

So will Apple honor my Verizon $50 loyalty discount?
P

prezasti said:
Where do I wait in line for the Pre-Order? AT&T, Apple, or is it online Apple Store only?
Click to expand...

Question is, how many of my fellow classmates will I have to fight off to make it from the mailroom back to my dorm?

Shame, gotta buy it full price if I want to keep my unlimited, unthrottled LTE
R

viphone said:
question is, how many of my fellow classmates will i have to fight off to make it from the mailroom back to my dorm?
Click to expand...

Less than a month left!

i havent had to wait in line for an iPhone since the original. i waited 15 mins for my iPhone 4 and some people already left. i guess the impatience of germans comes in handy sometimes
E

If there is ONE major reason I think people should consider upgrading to iPhone 5, it's for the 4G LTE.

I WANT MY LTE FINALLY!
V

Good, good. My 4 concealed super-soakers should be adequate protection.