A questionable and unconfirmed rumor from Israeli site The Verifier suggests that Apple's iOS 13 update, expected to be previewed this summer at the Worldwide Developers Conference, will drop support for a number of iPhones and iPads.

The site says iOS 13 will be unavailable on the iPhone 5s, iPhone SE, iPhone 6, iPhone 6 Plus, iPhone 6s, and iPhone 6s Plus, all devices that are compatible with iOS 12. 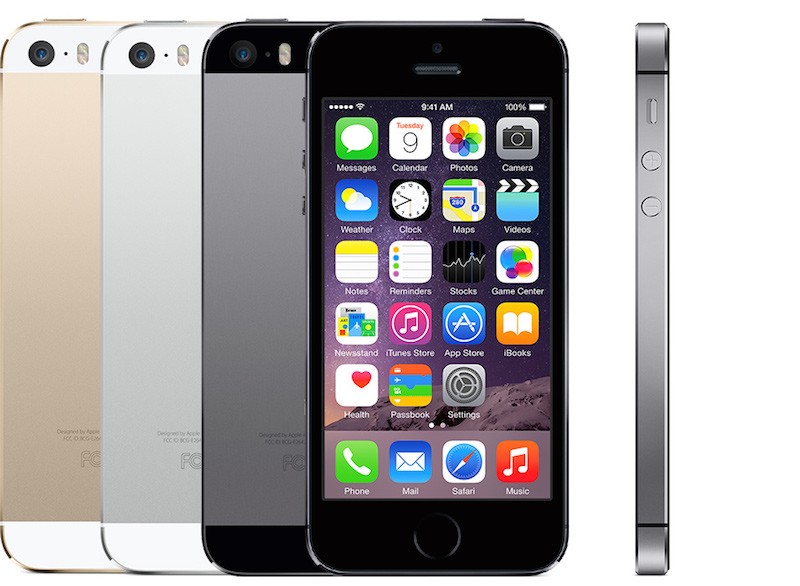 As for iPads, The Verifier believes Apple will drop support for the iPad mini 2, iPad mini 3, iPad Air, iPad Air 2, and possibly the iPad mini 4. The sixth-generation iPod touch is listed as a device that will also be incompatible with iOS 13.

If this rumor is true, and we don't know that it is because The Verifier did not provide details on where the information is from or how it was obtained, it would see Apple dropping support for three generations of iPhones at one time, a move that seems somewhat unlikely.

Apple aims to provide software updates for its iOS devices for as long as possible. Both iOS 12 and iOS 11 offered support for the iPhone 5s and newer, the iPad mini 2 and newer, and the iPad Air and newer. At the time iOS 12 launched, some of those devices were five years old.

Dropping support for everything up to the iPhone 7 would leave iOS 13 compatible only with iOS devices from 2016 or later. Two of those devices, the iPad mini 4 and the sixth-generation iPod touch, are current-generation devices, though they may not be by the time iOS 13 launches as updates for both are in the works.

The Verifier claims that in addition to dropping support for iOS 13 on a wide swath of devices, Apple will also restrict some iOS 13 features to newer models to "make as many users upgrade to the latest models of iPhones." While it's true there are sometimes iOS features limited to newer devices because of hardware limitations, Apple has a long history of supporting older devices for years after launch.

The Verifier has previously provided semi-accurate info on Apple's plans. In 2017, for example, the site said Apple would bring Group FaceTime to iOS 11. We did get Group FaceTime, but not until iOS 12.1 in 2018.

Update: The Verifier has updated the original article to list the lack of iOS 13 support for the iPhone SE and iPhone 6s as "questionable" rather than concrete.

How else would Apple get people to pay for their overpriced garbage when their old phones are working perfectly fine and surely can handle this update no problem? Typical of today's Apple.
Reactions: kazmac, leventozler, pmore and 57 others

Looks like someones Cooked up a new way to generate revenue! Can't battery change your way out of software deprivation.

edit: deprecation, but I'll keep the original.
Reactions: geoff5093, gim, sdz and 23 others

I’d be surprised if the 6s was dropped.
Reactions: NetMage, freedomlinux, Jimmy James and 44 others
T

Well they better bring out SE2 or they'll really tick off a lot of people.
Reactions: rembert, solarmon, paffko and 9 others

I mean, the 5s and 6, at least, will be almost certainly dropped due to their limited amount of RAM.
Reactions: iMEric984, Breaking Good, hans1972 and 15 others

No thanks. I'm sticking to iOS 6 with beautiful UI to save my eyes
Reactions: pmore, KJL3000, brigante and 25 others
C

catportal said:
Looks like someones Cooked up a new way to generate revenue! Can't battery change your way out of software deprivation.

edit: deprecation, but I'll keep the original.
Click to expand...

Considering Tim Cook recently said that people don't update the way they used to, pulling a move like this will burn way too many iPhone users and permanently hurt the brand.

I can see the iPhone 5s being retired. Maybe even the six. 6s? That's pushing it in one shot.
Reactions: NetMage, freedomlinux, Cameroncafe10a and 16 others

I think the 5s, 6 and 6 plus are reasonable candidates for the chopping block (if the 5s hadn't got an extra year with 12 the 6 series would be dropped this year anyway). The 6S is a much more capable phone though so I'm not sure Apple would really want to cut it's support short?
Reactions: NetMage, Redsep, Gogeta-Blue and 3 others

Apple is pushing harder for people to upgrade.

It’s unfortunate that the company can’t sell phones by innovation any more.
Reactions: geoff5093, freedomlinux, paffko and 19 others
H

Why would they continue selling the iPhone SE if it will no longer be supported later this year?

Makes no sense.... yet, I've come to expect such things from Apple.
Reactions: Not happy Jan, dan980, pmore and 32 others

More like they will drop any device that doesn't support Face ID and require High Sierra or higher to knock off older devices with headphone jack and older MBP and Mini and Pro desktops for new releases iOS devices.

Apple has an incentive to fill iOS 13 with a massive truck load of fun and useful features, which will get a lot of people on iPhone 5s - 6S to upgrade.

People who see this as a mischievous plan are inconsiderate of the difficulty that comes from maintaining support for so many devices, and having features that those devices can run without being strained by processing power / screen size. In my opinion, this is a natural next step for iOS that Apple can happen to leverage for more sales. Better software that relies on better hardware may be key to selling more new iPhones.
Reactions: daley, Seanm87, Redsep and 4 others
D

Falhófnir said:
I think the 5s, 6 and 6 plus are reasonable candidates for the chopping block (if the 5s hadn't got an extra year with 12 the 6 series would be dropped this year anyway). The 6S is a much more capable phone though so I'm not sure Apple would really want to cut it's support short?
Click to expand...

iOS 13 is expected to be a substantial upgrade with a radical home screen overhaul. It's logical that older devices will be unable to support these advanced new features and technologies from Apple. I don't think it's unreasonable to expect all people using iPhone 6s and older to upgrade this year.
Reactions: drinkingtea and martyjmclean

This is great news for folks trying to keep their older hardware going for longer. This way they can escape the ravages of Apple's software engineers optimizing their latest OS to their latest hardware.
Reactions: Val-kyrie, simonmet, AngstyKylo and 1 other person

I would understand getting rid of the iPhone 6/A8 chip because of 1gb ram, but going to the 6s/A9 seems very unlikely both because they would be killing 2 generations with one update and the fact that the 6s has 2gb ram
Reactions: NetMage, Kmart9419, mochatins and 16 others

Support for Display P3 / Wide Color may be the Demarc.

Ideal. I can update my SE to the absolute latest version of iOS 12 once a jb drops, and stay on it forever.
Reactions: redfirebird08, L-Viz, Val-kyrie and 2 others
S

Gotta call BS on this one - this isn't an Android OEM. Apple will drop support for the 5s and iPad Air (both from the same year if memory serves) just like normal.

The SE still has several years left, just like the 6s does from whence it came.


ccsicecoke said:
No thanks. I'm sticking to iOS 6 with beautiful UI to save my eyes
Click to expand...

I still miss that UI design, good enough to lick, would switch back to it in a moment if I could.
Reactions: NetMage, Higley, Jynto and 19 others

Funny how people here are ready to accept this totally unsubstantiated rumor as fact, and pummel Apple for a major fail, rather than figure the source to be desperate for clicks, which has a *much* higher probability of being the case.
Reactions: NetMage, MartyvH, iMEric984 and 49 others

dumastudetto said:
iOS 13 is expected to be a substantial upgrade with a radical home screen overhaul. It's logical that older devices will be unable to support these advanced new features and technologies from Apple. I don't think it's unreasonable to expect all people using iPhone 6s and older to upgrade this year.
Click to expand...

I doubt they could do much to make it a lot more intensive than it already is (I mean, they already have the transparency effects which is about as hard on the GPU as it gets) - aside from that, the A9 is nearly twice as powerful as the A8 on the GPU side. iPhones have an average of 5 iOS versions (the 5s has received an extra one with 12) I really just can't see Apple dropping the 6s after 4, particularly as it's still running perfectly well and they've just been hyping up how they support their devices and people are keeping them longer.
Reactions: NetMage, Redsep and vmistery
L

It wouldn't surprise me in the least to see the A7 left behind, but the A8 and later devices will almost certainly get iOS 13.
Reactions: iMEric984, Eli_Carpenter, jhfenton and 4 others

eeboarder said:
Apple is pushing harder for people to upgrade.

It’s unfortunate that the company can’t sell phones by innovation any more.
Click to expand...

People are talking like it already September and iOS 13 is already out.