Technicians in China have developed an arduous modification to eliminate the 24-inch iMac's "chin," achieving an all-screen design. 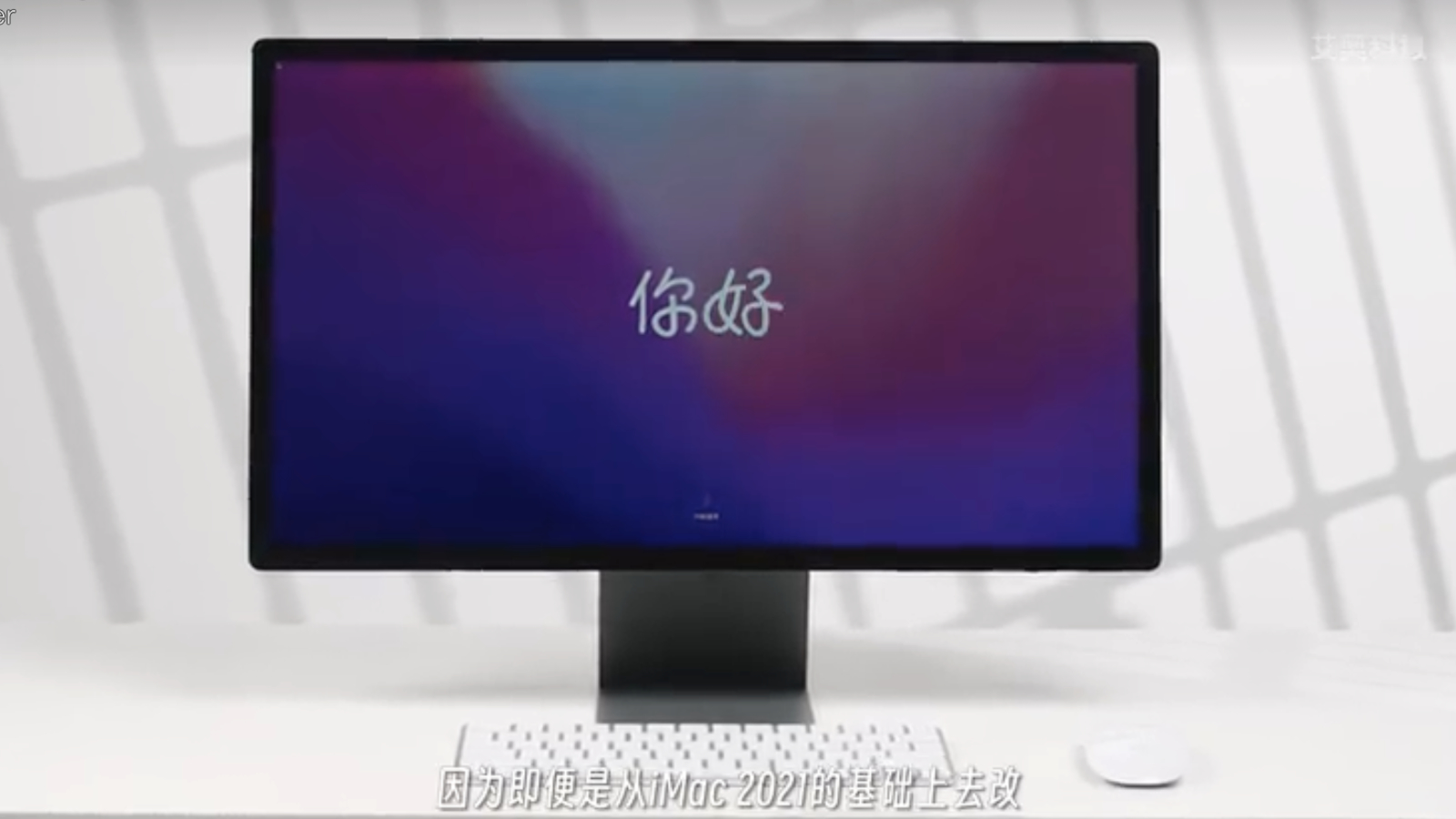 Io Technology, a group that makes hardware and chip-related modification and repair videos, posted a video that reveals some of the engineering behind the striking iMac modification on Chinese video sharing website Bilibili. It garnered attention on Twitter after being reposted by users like "DuanRui."


​
2002's iMac G4, which had equal bezels around the display, was cited as an inspiration for the modification. While moving most of the iMac's internal components to the stand like the G4 was initially considered, placing them directly behind the bottom edge of the display was the method eventually chosen to reduce the device's front profile, while retaining most of its thin design. 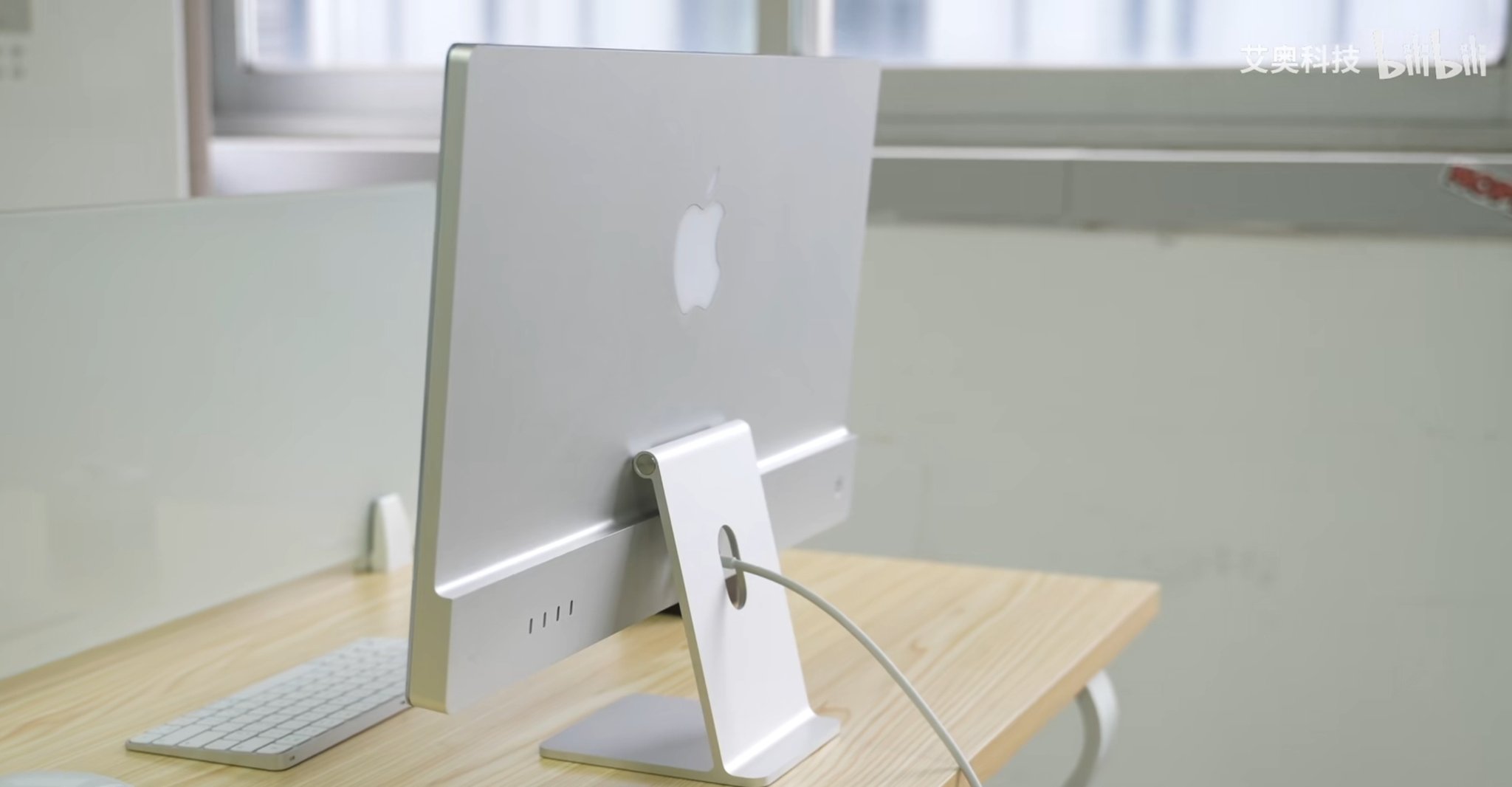 First, the iMac was disassembled and the display's "chin" area was cut off, with the edges being ground into the same shape as the top. A new rear casing with an enlarged area for the logic board and ports was created digitally and 3D printed for testing, before being machined out of aluminum and anodized. The iMac's components were then placed into the new housing, with some added measures to mitigate increased thermal constraints. 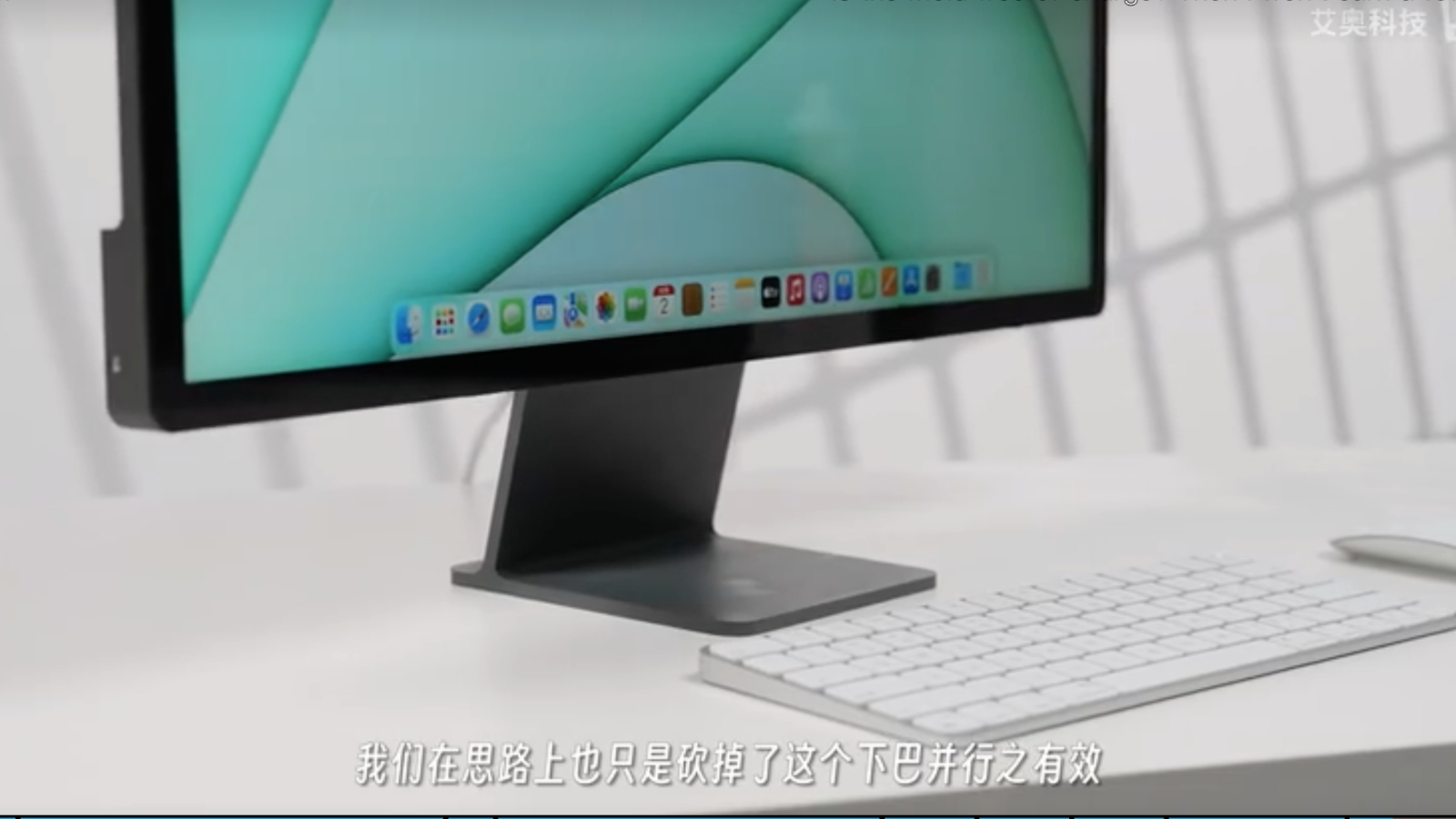 Along with the new casing, a backlit Apple logo made out of laser cut acrylic was added, reminiscent of older MacBook models. Io Technology also created a Space Gray version of the modified 24-inch iMac with black bezels around the display.

An all-screen iMac design was widely rumored in the run-up to the announcement of the 24-inch iMac in April last year. When the device was finally announced with white bezels and a prominent "chin," some users criticized the design. Nevertheless, it seems likely that the consistent thickness of the iMac and placement of its processor below the screen prevents heat from the chip being directly transferred to the display, which could shorten its life, as well as provides a more suitable place for the power cord.

Article Link: Radical iMac Mod Shows How Apple Could Have Removed the Chin for an All-Screen Design

Apple should never get rid of the chin, and I don’t think they ever will.
Reactions: timl, imdog, Mysteriousone and 38 others
W

I can see why Apple went with a chin rather than a butt
Reactions: timl, chemenski, Mysteriousone and 88 others

Radical? That's a stretch... by the hairs of my chinny chin chin.
Reactions: Mysteriousone, StoneyG, anthorumor and 2 others
V

Maybe it is jargon with which I'm unfamiliar, but this is the first time I've ever heard a modification called "invasive."
Reactions: StoneyG, Morgenland, SnappleRumors and 2 others

wilberforce said:
I can see why Apple went with a chin rather than a butt
Click to expand...

I can’t. The computer could have been 1cm thicker instead of a useless chin. This computer is thinner than apple’s pro XDR monitor
Reactions: tongxinshe, mazz0, JKAussieSkater and 31 others

vicviper789 said:
But now the iMac has a back chin
Click to expand...

How often do you see the back of your display?
Reactions: tongxinshe, airbatross, bice and 25 others

Typing this on a 2017 27" iMac 5k right now. Still amazed no real competitors have matched Apple's PPI for these displays like ten years later. I was briefly intrigued by the Surface Studio+ that just launched, but Microsoft really mailed it in on the upgrades and processing power. The only meaningful upgrades I'd love to see other than CPU/RAM/GPU bumps in the chassis are less top-heaviness, ProMotion (120 hz) or higher refresh rates, and a couple more HDMI/Thunderbolt ports.

I think my favorite part of this is the improved thermals. Make this in a 28 or 32" format and you have a new winner.
Reactions: Anson_431, macsound1, 3Gmatt and 5 others
A

yep, this is how iMac should look
my bet is they are introducing changes gradually as they basically lack features for next gen version, so its coming this or next redesign.
Reactions: CthuluLemon, JKAussieSkater, diandi and 10 others

I don't think there's anything wrong with the iMac chin. I thought it was there for the back support and sturdier display.
Reactions: timl, _Spinn_, iDarth_Betar and 15 others

Even if you get rid of the chin there’s no reason for that big booty on the back.

The ports can be moved to the side edges including power. The M1 processor fits fine inside an iPad Pro.
Last edited: Dec 2, 2022
Reactions: happosai, stradify, nerdherdster and 3 others
M

I give them 10/10 for being able to achieve this, and for such a polished result. But I think they have actually shown why Apple kept the chin, it looks worse without! There needs to be something to differentiate iMac from looking like just another monitor on the desk and I feel the chin does this well.
Reactions: rcpmac, chemenski, imdog and 28 others

contacos said:
How often do you see the back of your display?
Click to expand...

Fairly often, actually, because display makers have started putting buttons on the back of the monitor to make the bezel thinner so now I regularly rotate my display to see what I'm pressing...
Reactions: airbatross, MacFan782040, Gudi and 4 others

I think this just goes to show how much thought was given to keeping the “chin”. It’s essential for design and branding. You can tell from far away that it‘s an iMac, immediately. Not just some random Samsung monitor. The iMac chin is a much smarter design and branding move than an iMac butt. Now just making the whole thing a little thicker…that was an option that could have been explored with an altogether different design.
Reactions: chemenski, imdog, TGM85 and 9 others

But now it's not an iMac anymore.
Reactions: TGM85, SpringKid, rappr and 8 others

Really cool mod, but I personally like the chin. It makes color pop and adds to the interiors of the room it is in which is a huge point of the iMac.
Reactions: TGM85, Ivander, Sleepyhead312 and 8 others

instead of a butt, a wedge shape would be cleaner lines
Reactions: mazz0, TGM85, Ed A. and 5 others

Remove the chin in the iMac. Looks just like any other monitor.
Reactions: TheVowelO, hans1972, Ivander and 7 others

If only it was purple.

Idea: borrow from the classic MB Air with a wedge shape, thicker at the bottom and tapering thinner at the top. From the side it would be slightly triangular. Use the wider space to house the "chin" stuff that makes us rationalize the chin to each other and use the "thin" end for hype & marketing messaging: "down to only Xmm at the top." That way Apple gets their "thin", consumers get their "chinless," and there is no "butt" for those who regularly look at their iMac from the back and don't like this butt.

While Apple would be at it: with the apparent return to making Apple tech more accessible/repairable, how about use some of the newfound space to add a m.2 slot or two (or four) so we can expand internal memory like we used to in early Macs where we could upgrade the hard drive. Apple could still get their "up to 8TB" integrated storage super-profit and this could simply build on that with added storage INSIDE. Apple's storage for fastest possible speeds. This spare storage for modestly slower speed but expandable on-board storage sans hubs/enclosures.