As Apple prepares to launch its first OLED iPhone with an edge-to-edge display, facial recognition, upgraded cameras, and other features, iDrop News has created renderings imagining what the future of the iPhone X might look like.

The renderings pair the existing 5.8-inch iPhone X with a larger model that has a 6.4-inch screen, based on the hypothesis that Apple is planning to release an all OLED iPhone lineup with devices that are similar in design to the iPhone X. 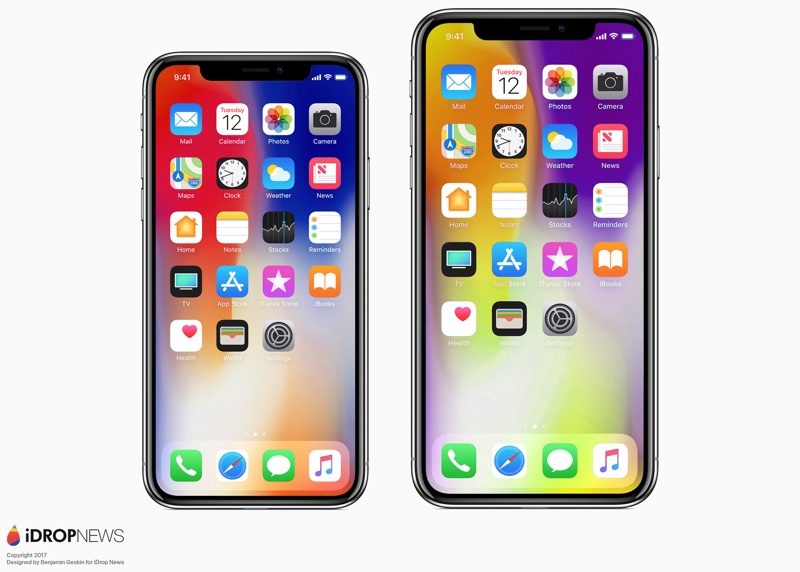 Design wise, the "iPhone X Plus" model in the rendering is identical to the iPhone X, with just a larger display to distinguish the two devices. It has the same notch-shaped top element to house the TrueDepth camera and sensors. Should Apple plan to introduce a larger version of the iPhone X in 2018 or beyond, it's not clear what it would be named, but "iPhone X Plus" likely isn't an option. 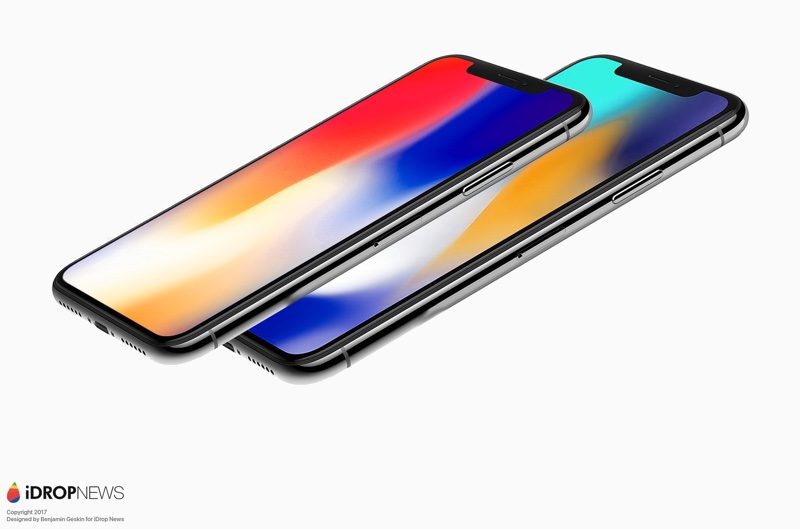 Though the iPhone X won't be available for purchase for another three weeks, we've already been hearing rumors about Apple's plans for 2018 and beyond. 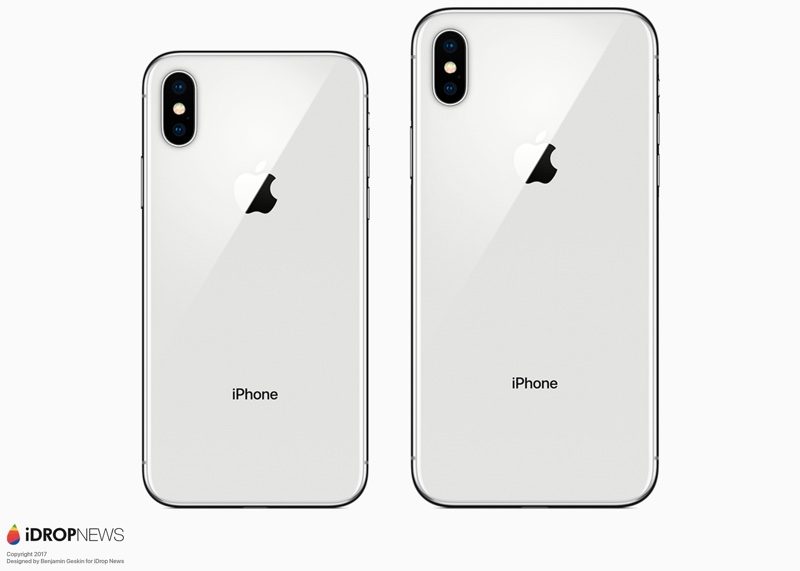 Early information suggests Apple is aiming to introduce at least two OLED iPhones in 2018, with displays that measure in at 5.85 inches and 6.46 inches, similar to the renderings above. Apple is said to be working with Samsung Display and other suppliers to source OLED displays for the two devices.

Separate rumors have confirmed that Apple is aiming for an all OLED lineup for 2018 or 2019, with specific timing dependent on whether Apple can secure enough OLED production capacity from its various partners.

Apple was not able to introduce an all OLED lineup in 2017, instead pairing the $999 OLED iPhone X with the standard LCD iPhone 8 and 8 Plus, both of which have lower price tags.

They really put in a lot of effort to create those Plus renderings, eh?
Reactions: atmenterprises, Jmausmuc, 3NV7 and 52 others
2

renderings? We have already seen these? I am confused...
Reactions: mkeeley

That wasn't too hard to imagine.
Reactions: Jmausmuc, 78Bandit, imola.zhp and 11 others

I wish it was bigger going from 7 plus to x is gonna feel like going down to smaller screen like 7
Reactions: mthomas184 and MikaelThib

What a truly breathtaking render.

Hurry, someone make a render of what an Apple TV Plus would look like next!
Reactions: Verita, Jmausmuc, 3NV7 and 11 others
M

Renderings Imagine What a "Footlong Hot Dog" Might Look Like.
Reactions: kdarling, Lesser Evets, Jamalien and 15 others
A

Would love to see Apple continue with the 5.2” model too

As for these ‘renders’, I don’t know why you cover them in an article especially at this stage. They’ve just enlarged some of them, the notch is bigger on the plus in those images which make no sense whatsoever.
Last edited: Oct 4, 2017
Reactions: Peter K.

rezwits said:
renderings? We have already seen these? I am confused...
Click to expand...

No. There is no iPhone X Plus.

That notch looks like a big cluster of dead pixels. Wouldn't be surprised if customers that haven't been following the news think it's a defect and try to exchange or return it.

How to get onto the front page of Macrumors:

1) Download one of Apple's images of the iPhone X.

2) Resize that image in Adobe Photoshop.

I like it, but more evidence that the phone needs to adopt the iPad style Dock. Don’t get me wrong, I love the simplicity of springboard, but I like a zoomed screen interface even less.
Reactions: Peter K. and redbeard331

Great vision — difficult to pull off such a render. Take what you got and make it bigger.

But on a slightly unrelated note, wouldn’t a lot of people prefer a slightly smaller X option over a larger version? Maybe I’m just speaking for myself here.
Reactions: Jmausmuc, MizuNoHane, mkeeley and 4 others
P

Would have been more interesting to see it compared to an iPhone 8 Plus.

Quite a year to come.. 2018 would be the year Apple releases the iPhone X and iPhone X Plus
Reactions: DocMultimedia
I

iPhone X Plus should have 4 cameras!! For ultra 4D virtual reality magic view, that's makes its own reality distortion field and for the amazingly affordable price (according to a group of multimillionaires) of 1600$. Basic model. God I'm actually kinda getting sick of greedy Apple these days. Even jokes about it make me sick, because they probably will end up correct. They are just raping their customers lately. I'm kinda losing interest.
Reactions: Lesser Evets and ThaRuler
D

The iPhone X Plus will be the end of smartphones. The ultimate design. I can’t imagine an hardware update to an iPhone X Plus.

The smartphone to rull them all.
Reactions: fourthtunz and Lesser Evets

Anyone in need of a lung? I take preorders now
Reactions: Sunny1990

The notch would not increase in size proportionately (thankfully) if the phone size increased to a Plus.
Reactions: kdarling, Verita, MizuNoHane and 5 others
M

Oh come on. You have really raised the bar for worthless articles with this one.
Reactions: entropi, mkeeley, CarpalMac and 7 others