Apple is unlikely to produce original content that contains gratuitous sex, violence, profanity, or risqué storylines, according to a report published over the weekend by the Wall Street Journal.

The article cites several sources familiar with Apple's original programming plans who say Apple wants to avoid putting its name to anything that could risk tainting its wider brand image. 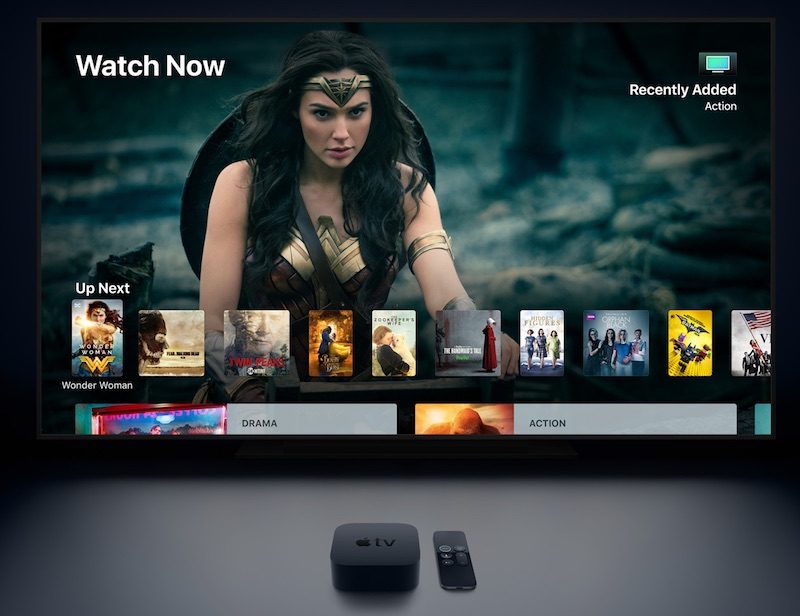 According to the paper's sources, Cook previewed the show and was "troubled" by scenes depicting drawn guns, sex and drug use, and reportedly told Apple Music executive Jimmy Iovine that Apple couldn't show it.

Across Hollywood and inside Apple, the show has become emblematic of the challenges faced by the technology giant as it pushes into entertainment. Apple earmarked $1 billion for Hollywood programming last year. But in the tone CEO Mr. Cook has set for it, whatever Apple produces mustn't taint a pristine brand image that has helped the company collect 80% of the profits in the global smartphone market.

Apple's entertainment team must walk a line few in Hollywood would consider. Since Mr. Cook spiked "Vital Signs," Apple has made clear, say producers and agents, that it wants high-quality shows with stars and broad appeal, but it doesn't want gratuitous sex, profanity or violence.
Click to expand...

Apple's approach is in direct contrast to that of other streaming platforms, which have found great success in producing edgy content like HBO's "Game of Thrones" and Netflix's "House of Cards." However, Apple apparently feels it has more to lose if viewers are offended by its entertainment offering.

"As a consumer-product company, Apple is especially exposed if content strikes a sour note," said Preston Beckman, a former NBC and Fox programming executive who spoke to WSJ. "For Netflix, the only risk is that people don't subscribe. With Apple, you can say, 'I'm going to punish them by not buying their phone or computer.'"

According to the report, Van Amburg and Erlicht have successfully pushed some edgier shows, including a series made by M. Night Shyamalan about a couple who lose a young child. However, Apple executives reportedly pushed for changes in the show because they didn't want content to venture into religious subjects or politics.

Similar concerns over keeping content "safe" have reportedly contributed to delays in Apple's original content streaming, which has been postponed twice and is now expected to launch in March 2019. However, one leading producer with projects at Apple expects the date to be pushed back yet further, according to the latest report.

Apple is known to have invested in at least 12 television shows so far. They include a new animated TV series called "Central Park" and an untitled morning show drama starring Jennifer Aniston and Reese Witherspoon. According to WSJ, however, the latter is delayed because of scheduling issues with Witherspoon.

Apple's original TV shows are expected to be distributed through a new video streaming service, which could also be bundled with an Apple Music subscription and a digital magazine and news subscription.

Good, too much smut on TV as is.
Reactions: Samuel Bradshaw, Chrystal Ocean, munpip214 and 21 others

Fine by me, Apple’s prerogative.

There are plenty of shows I like which have mature content, but it seems almost every new show these days is some gritty reimagining and boy does that get old quick.

If I try to watch something new I find it’s a bit tedious to sit through needless nudity shoehorned in, or exaggerated violence, just to wait for a plot to evolve.
Reactions: Easttime, joy.757, WBRacing and 12 others
T

Remember when Apple claimed they are going to change the way we watch Tv?

They did! Oh wait, Netflix did, and so did hulu and amazon, and now Apple is playing catchup
Reactions: WBRacing, Soccertess, Mattlike and 5 others

Same goes for various other utilities such as torrentclients? Why are they not allowed? There is nothing illegal or wrong with peer-to-peer transfers and protocols. Why censor the AppStore in such a way? I don't feel the need for such utilities on my phone, but if Apple's goal is to make iOS being the future of computing, meaning that somewhere down the line it should replace my notebooks and desktops they can't continue filtering everything through the AppStore while also playing moral police and censor perfectly legal content just because of some strange reason they feel opposed by the content.
Reactions: Music Ambulance, kriebe, Mr. Retrofire and 21 others
A

They are already playing to loose. They shouldn't explicitly rule it out. The risk is that the shows won't be entertaining enough to capture an audience.
Reactions: skinned66 and bwcmusic

AdonisSMU said:
They are already playing to loose. They shouldn't explicitly rule it out. The risk is that the shows won't be entertaining enough to capture an audience.
Click to expand...

Why does sex and violence equate entertainment?
Reactions: Samuel Bradshaw, digitalexplr, Zarniwoop and 11 others

Well, good luck with that..
Reactions: eduardoregueiracampos, bwcmusic, Deuce2 and 5 others
E

Honestly it just seems like they are too lazy to build parental controls/content filtering the way Netflix and Hulu have been able to. I'm pretty sure Apple of all companies could develop algorithms that would not show people content that contain nudity, violence, etc. I totally understand why people don't want to see certain content, but isn't there a better way that would cater to a broader audience?
Reactions: jweinraub and Stella

I respect and applaud Apple's decision on this. I don't view it as "censorship" at all. They are not preventing anyone else from producing (or viewing) mature content, they are simply saying they don't want to be associated with it.
Reactions: Samuel Bradshaw, digitalexplr, aaronhead14 and 8 others

Apple is playing like Disney. Family friendly.
Reactions: jtinch, paul4339, TheMountainLife and 2 others

arkitect said:
Why does sex and violence equate entertainment?
Click to expand...

Because there’s literally no other way you can show that two people are in a relationship, unless you have an excruciatingly drawn out nude scene between them. Duh.
Reactions: jtinch and linkmaster02

This might be Apple's USP. The market is already getting a little crowded.

That said, I'm not particularly into a G-rated streaming service.


arkitect said:
Why does sex and violence equate entertainment?
Click to expand...

It doesn't, but pretending that sex and violence aren't part of life isn't very entertaining.
Reactions: Music Ambulance, Mr. Retrofire, CarlJ and 7 others

Definitely with Tim on this one. Too much garbage out there exploiting sex and violence.
Reactions: Samuel Bradshaw, digitalexplr, 00sjsl and 5 others

I remember Walmart doing this with music CD’s. Was effective in censoring artists as not being in Walmart at the time was a big hit.

For a subscription service to survive, it needs a variety of content, not just ‘family friendly’. It will get boring. Apple are not the next Netflix, who had enough content to cater for all.
Reactions: joy.757, ILikeAllOS, StumpJumper and 7 others

chucker23n1 said:
It doesn't, but pretending that sex and violence aren't part of life isn't very entertaining.
Click to expand...

Maybe you're not familiar with the word 'gratuitous'?
Reactions: digitalexplr and Dreyrugr
W

While I do agree that there is far too much senseless violence and gratuitous sex on TV these days, I think a hardline zero-tolerance approach is a losing strategy.

It is entirely possible to have well incorporated violence and tastefully done sex scenes to move a plot forward. THINK: The Godfather.

Also, I can’t believe Apple would move forward with a Dr Dre show and not expect it to contain sex and violence. The man built his career around glorifying casual (and sometimes not quite consensual) sex and wanton violence. There is no question that he has led a less than moral life creating very immoral products, I mean, Dee Barnes.

And I am a big fan of his!!
Reactions: Lone Deranger and Stella
C

Meh, so far there are like 1 or maybe 2 "original" content rumors that are interesting but overall the whole platform is lacking and I refuse to subscribe to it. If they have a few hits like GoT or others, in spite of a G rating mandate, then it will be interesting but for now I just don't find anything Apple doing in this category is compelling to get the service.

In general I tire of the Disneyfication of entertainment and companies like Apple trying to sugar coat everything. I am an adult and mature and want content that is gritty and intense from time to time. It doesn't have to be vulgar or brutal, but it also doesn't have to be full of princesses and fairies and unrealistic Normal Rockwell families. There is too much of that crap pandering to families and honestly it is more because certain distributors are simply afraid of special interest conservative groups who think they need to parent your children better then you can.
Reactions: ILikeAllOS, eduardoregueiracampos, Oblivious.Robot and 5 others

MR omitted the best quote in the WSJ article: "...and the Journal writes that Apple’s own staff in Los Angeles have begun referring to the streaming project as “expensive NBC."

There are plenty of shows I like which have mature content, but it seems almost every new show these days is some gritty reimagining and boy does that get old quick.
Click to expand...

True it is Apple's prerogative. But if rumors be true, it's not just mature content. Reportedly, the changes to the M. Night series involved having the crucifixes removed. Basically, it sounds as if Apple is going for a mix between Nick Jr and Lifetime/Own.

Everything Apple does has to viewed through the lens of how it will affect their phone sales. This entertainment venture is going to be handicapped because of it. Imo, a successful venture has a mix of offerings, from kid friendly to avant garde. When a portion of the potential offerings are expressly verboten, the venture is hobbled from the start. Hobbled... like Misery... which funnily enough, probably wouldn't be eligible for Apple's network.
Reactions: ILikeAllOS, eduardoregueiracampos, Oblivious.Robot and 3 others

NIKKG said:
Good, too much smut on TV as is.
Click to expand...

If you think there’s too much “smut” on TV, then you should get off the internet!
Reactions: TheMountainLife, Mr. Retrofire, ILikeAllOS and 4 others

Don’t watch it then. Simple.


radiology said:
Definitely with Tim on this one. Too much garbage out there exploiting sex and violence.
Click to expand...

What's the weather like at that retirement home you live at in Florida?


NIKKG said:
Good, too much smut on TV as is.
Click to expand...

DoctorTech said:
They are not preventing anyone else from producing (or viewing) mature content, they are simply saying they don't want to be associated with it.
Click to expand...

I don't think they are saying that at all. Apple has no problem being associated with mature content as long as they can get paid from it without it affecting hardware sales. You can buy and rent all types of content from iTunes. Apple will gladly accept your funds for it. So yeah, they'll associate with it all day long.

They just want nothing controversial affecting this: