Apple's upcoming iPhones will all use flexible OLEDs sourced from either Samsung, BOE, and LG Display, with some new features like 10-bit color expected, according to a report from display analyst Ross Young. 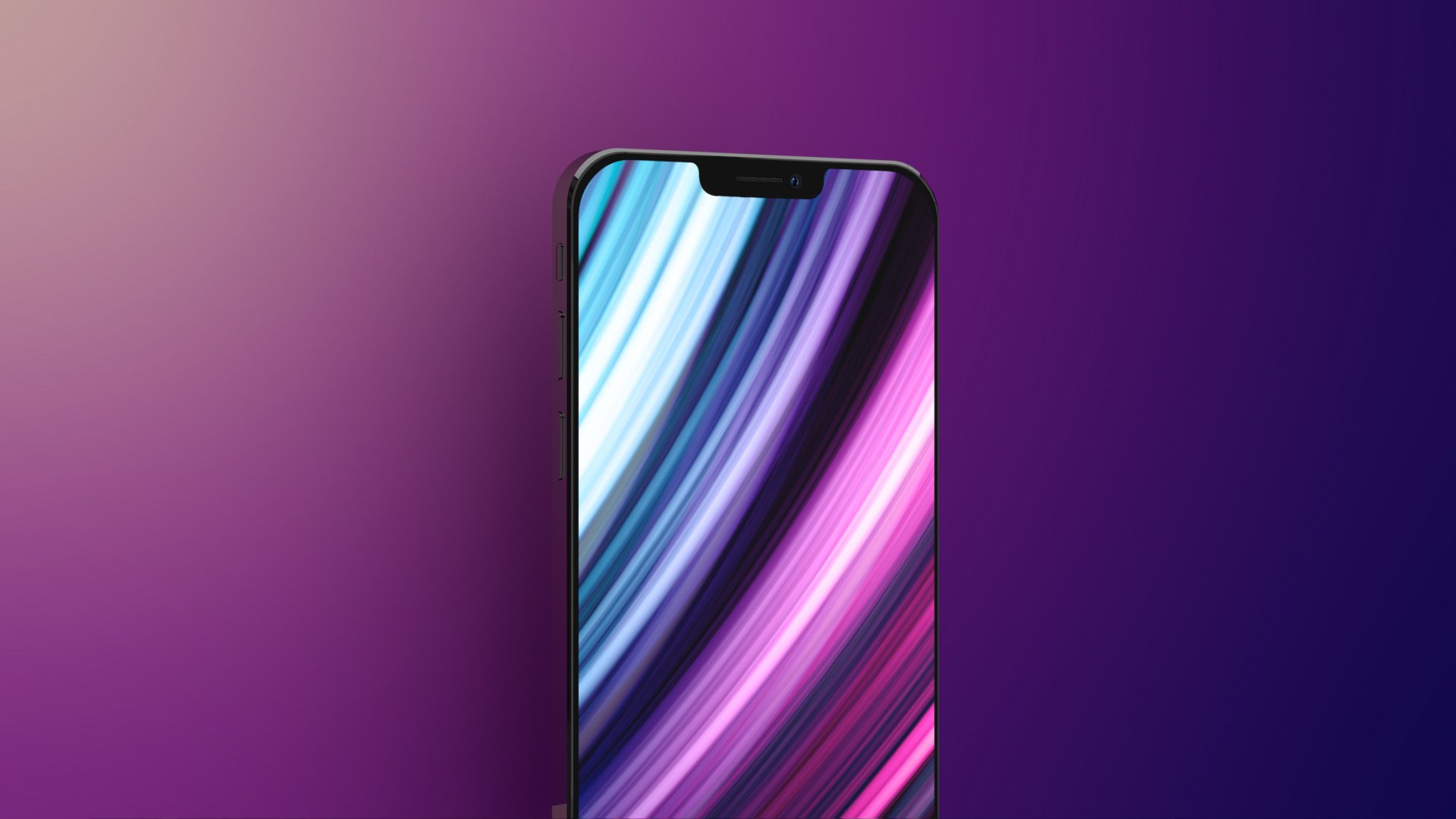 On his site Display Supply Chain Consultants (DSCC), Young details "corrections and confirmations" on what we can expect from Apple's upcoming 2020 iPhone lineup, which will consist of four new smartphones.

Some of these are rumors that we've heard before, while other information, mostly specific to displays, is new.

Young says that the iPhone 12 will feature a flexible OLED display from Samsung Display, with Y-OCTA integrated touch. Y-OCTA is Samsung flexible display technology where the touch sensor is placed directly on the OLED panel without the need for a separate touch layer.

The 6.1-inch "iPhone 12 Max" as Young calls it is expected to feature a flexible OLED sourced from BOE and LG Display with an add-on touch sensor and a resolution of 2532 x 1170 and 460 PPI.

The higher-end Pro version of the 6.1-inch iPhone coming in 2020 will feature a Samsung Display flexible OLED, and Young says it will be one of the first smartphones with 10-bits of color, for more vibrant, true-to-life colors and a richer variety of color gradations.

Young says that Apple may be bringing extreme dynamic range (XDR) to its iPhone lineup, which is specified as 1,000 nits of full screen brightness and 1,600 nits of peak brightness. Samsung displays can't hit this level, though, and thus if Apple does use XDR, XDR specifications will need to be tweaked.

Apple is rumored to be linking XDR (extreme dynamic range) compatibility to the iPhone 12 series. XDR performance on its monitors is specified by Apple as 1000 nits of full screen brightness, 1600 nits of peak brightness, 1M:1 contrast, 10-bits of color and ~100% P3 wide color gamut. To date, Samsung Display has only achieved 1342 nits of peak brightness and full screen brightness of 828 nits on smartphones, so if Apple does use XDR, the XDR specifications for brightness will need to change. Given the lower black levels in its OLED smartphones vs. its XDR monitor, contrast should actually be higher on its smartphones, in fact, DisplayMate measures the latest Samsung Display OLED contrast ratios as infinite in low ambient light.
Click to expand...

Apple's iPhone 12 is not expected to use low-power LTPO technology, a feature Young believes is necessary for a fully functional 120Hz display given the power saving capabilities of LTPO technology.

Without LTPO, 120Hz is still possible, but it could be limited to non-native resolutions or it will be a significant power drain.

Young believes this model will have Y-OCTA support, 10-bit color, and will be XDR capable. Like the iPhone 12 Pro, it could also have a 120Hz refresh rate, but again, without LTPO.

According to Young, panel production on components for the new 2020 iPhones will start approximately six weeks late, which means it will begin at the end of July. Young believes that this implies a delay in the iPhone 12 launch from September to October. There have been other rumors suggesting a possible delay, and Apple did stagger the launches of the iPhone XS and XR in 2018, so we could see a similar situation this year.

This year's iPhones are expected to feature OLED across the board, smaller notches for the front-facing camera, 5G for all models, and more, with full details on what to expect available in our iPhone 12 roundup.

Man, if the iPhone 12 actually looks like that I'll finally give up on my iPhone 6! Just really... really hoping that it'll have USB C.
Reactions: Patriks7, moises_tete, Shirasaki and 12 others
S

that $649 iPhone 12 will be a best-selling hit.
Reactions: Populus, BlueCreek, Patriks7 and 12 others
L

Those resolutions are insane. I just really hope it has a 120, not even because I want it, but just so that it has everything that competitors do

For a base model, that’s one sharp screen.
Reactions: Shirasaki, 19callum93, Jovijoker and 9 others

A smaller notch changes nothing. Getting rid of it changes everything.
Reactions: Tagbert, Val-kyrie, Populus and 31 others
S

why is the more expensive iPhone 12 Max will not get the Samsung display and integrated layer of the iPhone 12?
Reactions: niji and Eduardo Paz
X

Does this integrated vs. add-on touch film mean that some of these models might support 3D Touch?
Reactions: Shirasaki, Eduardo Paz and na1577

Who made that chart? "porcessor" Can't spell or use a spell checker
Reactions: George Dawes, AmazingTechGeek, Shirasaki and 2 others
L

MacFather said:
A smaller notch changes nothing. Getting rid of it changes everything.
Click to expand...

It really doesn’t though. You still use the phone the exact same way
Reactions: yegon, NetMage, MRGRAY6997 and 5 others
D

xpxp2002 said:
Does this integrated vs. add-on touch film mean that some of these models might support 3D Touch?
Click to expand...

I would hope so. That's one of my favorite features.
Reactions: NetMage and xpxp2002
L

If Apple completely removed the notch, it would be great... for about 5 minutes. Then you would completely forget about it, and continue using your phone the exact same way.
It’s similar to removing the camera bump, it would be cool, but most people would never notice it because they keep a case on their phone.
Reactions: Tagbert, Patriks7, yegon and 11 others

Too bad that the "pro" are only in ping-pong paddle-sized.
Reactions: kristof46, H818H, Patriks7 and 8 others

The 5.4” iPhone 12 is going to be such a runaway hit. I sure hope Apple makes leather cases for it.
Reactions: sickoagb, Jefferyd32, Think creative and 3 others

The 13 pro max has my name on it.
Reactions: TAJones99

Apple finally increasing the resolution/PPI across the board (vs. the cheapest phone being 326PPI like older products), very cool.

Looks like the camera/LIDAR, color depth being a couple of a "Pro" differentiators too (that most of us already assumed). I'm actually ready to go back to the larger/Max sized device, from my current X, looks like a notable upgrade vs. my current device (outside of the size change).
Reactions: NetMage
E

Really odd PPIs and resolutions. Either the 5.4" will have a new point width or it'll have a non-integer scaling.
Reactions: Gorms and na1577
K

And they will all have PWM so many people won't be able to use them.
Reactions: hxlover904, VespiYT, NetMage and 7 others

The iPhone 12 looks like a pretty solid upgrade. It makes sense to have a higher-tier and lower-tier OLED. Apple has done this in the past with higher and lower-tier LCDs for the iPad Pro and iPad.

I'm most excited about the new camera system. It will be interesting to see how they can achieve high resolution without compromising on image noise. The 3X optical zoom camera has me really excited because I always wish for a little more zoom when trying to frame a shot where I can't get any closer, such as when out and about and spot some wildlife or want to get the sunset just right or some storm clouds. Sure I have a professional a7R III mirrorless but I don't always have it on me.

But it looks like this will have something for everyone, especially on the Pro model: More RAM, 10-bit display, more base storage, more effective use of screen real estate, smaller notch, 5G, etc. And people who want a smaller iPhone will be able to get one too with a beautiful OLED high-PPI display. Also rumors about pro-motion displays for the Pro model. This is shaping up to be the biggest iPhone upgrade since 2017.


Maetzle said:
Man, if the iPhone 12 actually looks like that I'll finally give up on my iPhone 6! Just really... really hoping that it'll have USB C.
Click to expand...

It's rumored that they're not moving to USB-C, mostly because next year they intend to remove ports altogether on the iPhone, relying on wireless charging and a smart connector for battery cases and smart connector adapter for troubleshooting on a computer.
Reactions: Jovijoker, Jakewilk and D.T.
J

Lounge vibes 05 said:
If Apple completely removed the notch, it would be great... for about 5 minutes. Then you would completely forget about it, and continue using your phone the exact same way.
It’s similar to removing the camera bump, it would be cool, but most people would never notice it because they keep a case on their phone.
Click to expand...

Now praying to iGod for a case that hides the notch.

The notch-less iPhone 12 for humanity. 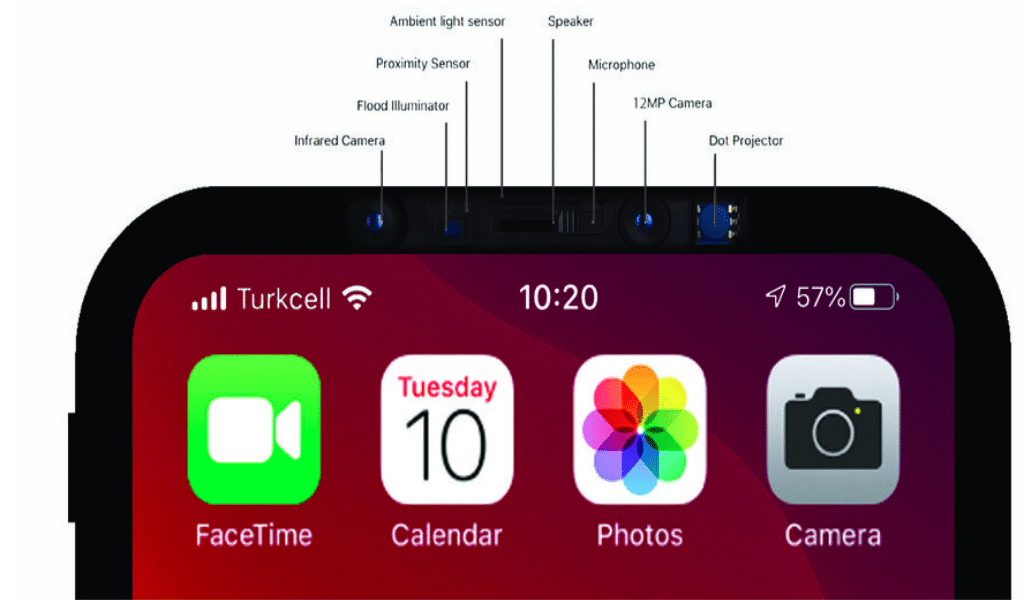 I just hope they will do something with the PWM. I'm not sure why is Apple ignoring this problem...
Reactions: Val-kyrie, NetMage, ARizz44 and 8 others
You must log in or register to reply here.
Share:
Facebook Twitter Reddit Email Link
Register on MacRumors! This sidebar will go away, and you'll see fewer ads.
Sign Up
Top Bottom