Multiple rumors have indicated that Apple is working on a refreshed version of the Apple TV, and today, leaker Jon Prosser said that an updated 4K Apple TV model is "ready to ship." 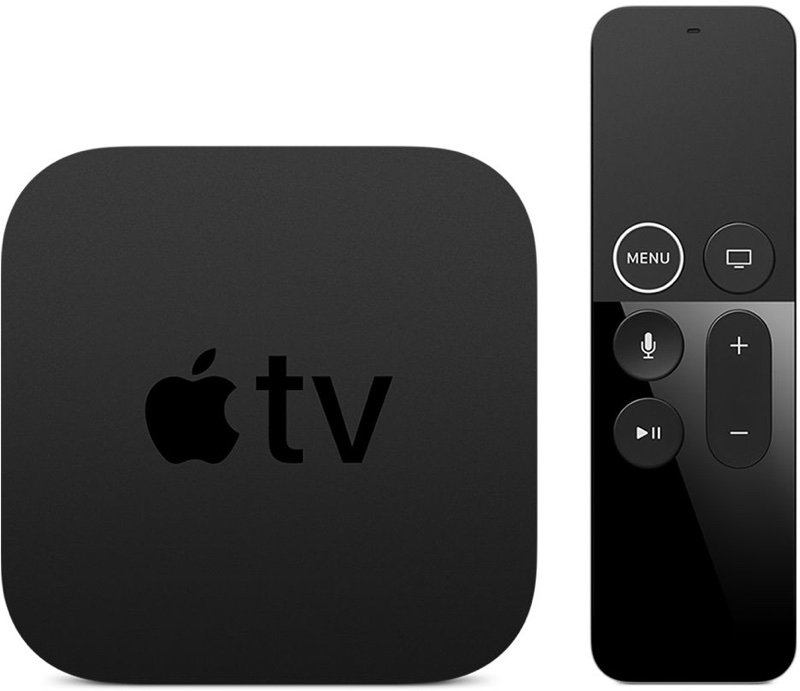 According to Prosser, the Apple TV 4K will feature an A12X chip and 64 or 128GB storage options. The new Apple TV 4K could "drop any time," but Prosser does not know details on a specific launch date.

Signs of a new Apple TV were spotted in the iOS 13.4 beta in January, and at the time, it was believed it would feature an A12 chip. Prior rumors also suggested the same 64 and 128GB storage sizes mentioned by Prosser.

Beyond the new processor, we're not expecting major changes to the Apple TV. There have been signs of a new Apple TV with an updated remote in leaked iOS 14 code, but it's not clear if the new Apple TV that's rumored to be coming soon will feature remote control updates.

Prosser this week also said that Apple has a new iMac and AirPods ready to ship, but he did not provide additional details on these particular products.

I'm not sure where Jon Prosser gets his info but he's been spot on lately with his predictions!

I have the 4th gen Apple TV so I'm planning on getting the new one when it gets released
Last edited: May 7, 2020
Reactions: rneglia, Oblivious.Robot, kyleh22 and 11 others
Comment

I'm wondering what could make this an appealing update to Apple TV 4k owners.
Reactions: NetMage, DonaldDraper, iPhilPHX and 26 others
Comment

Not much, unless you’re a gamer..
Reactions: MacCheetah3, kyleh22, Sasparilla and 3 others
Comment

Hope theres more to entice buyers than a faster processor...... my 4k is already fast enough
Reactions: NetMage, iPhilPHX, twhart and 9 others
Comment
B

Is there any reason to get an Apple TV if you have a Smart TV or a Roku stick?

Aside from Airplay, I can't think of any exclusive features that are useful (in a general sense).
Reactions: Ifti, Nica, rdav and 4 others
Comment
D

Will the new one actually stream Youtube in 4K HDR? The only streaming device on the market doesn't do this .
Reactions: iwan073, jeffirl, thebryceman and 1 other person
Comment

It'll have LiDAR so that it can digitally recreate your living room for your Animoji to hang out in.
Reactions: cbaca51, markaceto, twinlight and 23 others
Comment

It would be cool if they came out with a 1080p one with an updated chip. I know, you can use the 4K Apple TV on a 1080p tv. But why pay extra for a feature you're not going to use?
Reactions: iwan073, pianophile, Edsel and 3 others
Comment

Upgraded hardware is always nice, but I don’t know what this could offer to existing Apple TV 4K owners besides maybe upgraded graphics for gamers?
Reactions: rdav, steve23094 and Ar40
Comment
E

It wouldn’t matter to me if it had an A99 chip, unless this thing will do far more than competing 4K streaming devices available at a fraction of a price, especially when they are on sale like Black Friday, I can’t see the dollar value.
Reactions: calstanford, NetMage, c0ppo and 2 others
Comment
M

The Apple remote is possibly the worst invention ever made.

Why would you get it? What benefit do you get over the current gen?


jcswim312 said:
I'm not sure where Jon Prosser gets his info but he's been spot on lately with his predictions!

I have the 4th gen Apple TV so I'm planning on getting the new one when it gets released
Click to expand...

Be greate if they finally supported 21:9...
Reactions: ericwn
Comment
P

Gaming I think. Fortnite on my ipad pro has been fantastic during quarantine.
Reactions: bomberal123, Sasparilla and Ar40
Comment
U

Bearygoodfries1 said:
Is there any reason to get an Apple TV if you have a Smart TV or a Roku stick?

Aside from Airplay, I can't think of any exclusive features that are useful (in a general sense).
Click to expand...

If you're adverse to using your TV's built-in apps, then privacy. Apple Arcade if you subscribe to that. We use Airplay almost everyday, and it's nice to be able to watch photos and videos from our phones on a big screen. Really depends what you're use-cases are.
Reactions: Oblivious.Robot, pmhparis, CarlJ and 10 others
Comment

have an ATV2. still works. but a new one would be nice.
Reactions: mprofit, jwolf6589, Ar40 and 1 other person
Comment
H

dannyyankou said:
It would be cool if they came out with a 1080p one with an updated chip. I know, you can use the 4K Apple TV on a 1080p tv. But why pay extra for a feature you're not going to use?
Click to expand...

And like maybe one that outputs at 480p right? Maybe go all the way back to CGA. Maybe even monochrome. Because you know, some people won't use 4k or even 1080p.
Reactions: rhett7660, scoiattolo49, ph001bi and 11 others
Comment
B

Hopefully it brings support for HFR and has wifi 6
Reactions: Rastapopoulos
Comment

cmChimera said:
I'm wondering what could make this an appealing update to Apple TV 4k owners.
Click to expand...

An improved remote would be a blessing to any current Apple TV owner, regardless of model.

I think the additional storage would be a good thing as well. I have a 4th Gen and a 4K model, each 64GB and am close to maxing out their storage as I have many apps, games and several movies stored locally on both of them. I don't care to stream if I don't have to.
Reactions: woodylarkin, NetMage, rdav and 4 others
Comment
2

Faster processor for what purpose?
Reactions: rp2011, Ar40, Black Belt and 3 others
Comment

I have the Apple TV 4K with A10X and occasionally I get a bit of lag in scrolling. I wonder if the A12 model would be any different, but I’m not convinced it would because its CPU performance is not much of an upgrade over A10X. Furthermore, the GPU in some ways is worse than A10X.

Maybe the A12 model would run a bit cooler? I never hear the fan on my A10X though. They could make it thinner though.

I’d expect the new one to have 3 GB and would also come in 32 GB and 64 GB like the current model.

WiFi 6 would be a small bonus though.

I just wish they’d come up with a better remote.