Samsung today announced plans to purchase LoopPay, in an effort to compete with Apple's Apple Pay payments service. The two companies were in previously talks over a potential partnership in December for a payment system that would rival Apple Pay.

LoopPay's technology stores payment information from a credit or debit card's magnetic stripe, transmitting payment details to card readers in lieu of a physical card. Because it works over a magnetic field, LoopPay is compatible with 90 percent of existing card readers and does not require merchants to support NFC as Apple Pay does. 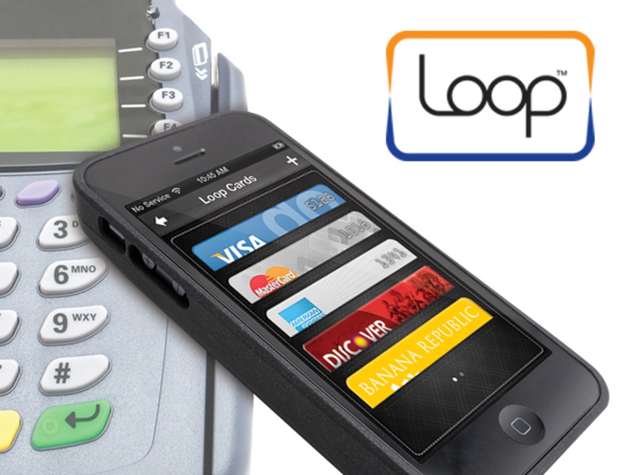 Currently, LoopPay works through an app and a standalone hardware device (a case is one of the company's most popular LoopPay offerings), but Samsung may build the technology directly into phones in the future. With LoopPay's technology, upcoming Samsung devices may be able to replace credit cards much in the same way Apple Pay does, with Samsung customers able to wave their phones at payment terminals instead of swiping a card.

According to Samsung, LoopPay will provide the company's customers with a "seamless, safe, and reliable" mobile wallet solution. LoopPay already markets itself as an alternative to Apple Pay, and it's likely Samsung will build upon the technology to create a payment service that even more closely mirrors Apple's offering.

"This acquisition accelerates our vision to drive and lead innovation in the world of mobile commerce. Our goal has always been to build the smartest, most secure, user-friendly mobile wallet experience, and we are delighted to welcome LoopPay to take us closer to this goal," said JK Shin, President and Head of IT and Mobile Division at Samsung Electronics.
Click to expand...

The current version of LoopPay doesn't have the same security features that Apple Pay offers, like tokenization, but it does have some benefits, including the ability to store IDs, loyalty, and membership cards along with payment cards.

i hope this pays off for them
D

Samsung wants to own the next Apple Pay but in reality they'll just have another also-ran like Google Wallet.

Monkey see, monkey do. What else do you expect?
Y

With a name that sounds like the spanish name Lupe', this isn't going very far.
T

But... but... but... This doesn't tally with previous reports that Samsung is the innovator and Apple copies everything they do?

Let's make a check-list of iPhone 6 features and see how many Samsung unveil with the Galaxy S6.

This is pretty different. It's essentially the same as using the actual cards. I like Apple Pay's token system a lot better.
M

How exactly does this use a magnetic field? Do you swipe your phone? They should have just done an ApplePay clone that works on NFC.
M

Would it kill Samsung (or any of the other android vendors) to come up with an original idea for once?

Why not come up with something new?
J

What happened to their partnership with PayPal?

thekeyring said:
But... but... but... This doesn't tally with previous reports that Samsung is the innovator and Apple copies everything they do?
Click to expand...

mozumder said:
Would it kill Samsung (or any of the other android vendors) to come up with an original idea for once?

Why not come up with something new?
Click to expand...

Dont tell anyone, it's our secret!

p.s.
Samsung had their own wallet for NFC payments for a few years already. only on Samsung Devices from the S3 forward, and not available in most markets.

so, TECHNICALLLY, if we really want to be assanine, samsung is the innovator here

however, Apple Pay is much nicer, better, and I would trust it far more than Samsung's wallet

mozumder said:
Would it kill Samsung (or any of the other android vendors) to come up with an original idea for once?

Why not come up with something new?
Click to expand...

It's all about the security. ApplePay with tokens seems to be much more secure. I'll stick with that....but retailers need to jump on board...given the number of iPhone users, they will...

Hmm is that a new Samsung model in the picture? Looks exactly like iPhone. " New Samsung sPhone with SungPay, coming to a store near you."

And actually wouldn't worry about "copying anything" Google Pay was around before ApplePay so technically........Apple.......... Anyway it will be good for any phone user to have the ability to pay with their device no matter what brand they choose.
S

AlecZ said:
This is pretty different. It's essentially the same as using the actual cards. I like Apple Pay's token system a lot better.
Click to expand...

I do too, though the appeal of being able to use this with 90% of existing card readers makes it a pretty serious competitor. I really like being able to use Apple Pay, but it's just not supported in most places I go to.

MartinAppleGuy said:
Monkey see, monkey do. What else do you expect?
Click to expand...

You are referring to Apple adding payment capabilities to the iPhone?
V

macintologist said:
How exactly does this use a magnetic field? Do you swipe your phone?
Click to expand...

THere's a funky coil in the add-on case that you place near the read-head of the swipe reader. Clunky but it does have the advantage that it works with almost all swipe readers.

OTOH, that will be of zero advantage come next October when everyone will be using chip cards.

Reminds me of "a day late and a dollar short". But maybe Samsung has new ideas. Maybe.

Since it uses magnetism doesn't this mean it won't work with chip and pin cards? So, Samsung is so scared of Apple that they bought tech that'll be outdated in a couple years?
Z

Why bother? The EMV liability shift is later this year in the US. It won't make magnetic stripped cards instantly obsolete, but as time goes on I think merchants will give customers the stink eye when they try to use this older technology.

We saw this coming lol

Apple are showing a lot of care in deploying a card payment system. Samsung are showing some desperation. Desperation does not encourage confidence in such an area that needs a great deal of care and security. Apple have shown us how they protect card info by utilising their marketing platform, ie their launch conferences and so win at this stage of the game.
You must log in or register to reply here.
Share:
Facebook Twitter Reddit Email Share Link
Register on MacRumors! This sidebar will go away, and you'll see fewer ads.
Sign Up
Top Bottom