Samsung's third quarter 2014 earnings are likely to disappoint as the company faces intense competition from both high-end and low-end competitors, even as Apple's newly launched iPhone 6 and 6 Plus are just starting to roll out. According to the Wall Street Journal, Samsung is expected to announce a quarterly operating profit drop of up to 62 percent in what may be its fourth consecutive quarterly decline. 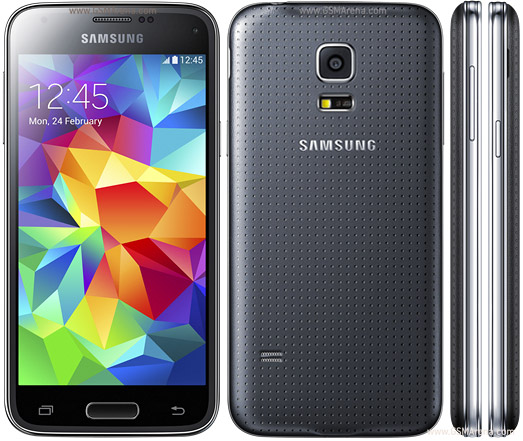 Though it may see a marginal increase in smartphone shipments, Samsung's operating profit decline may be the result of lower handset selling prices and increased marketing costs as smartphone competition escalates.

Samsung's smartphone business is facing intense competitive pressure at the low-end from Chinese handset makers, and at the high-end from the iPhone. With the iPhone 6, Apple essentially wiped out Samsung's distinguishing feature: a big screen size. And with the jumbo iPhone 6 Plus, Apple has now entered into the "phablet" segment that Samsung pioneered.
Click to expand...

Samsing s handset revenue is forming an uncomfortable trend. Squeezed from above & below even before iPhone 6/6 Plus pic.twitter.com/npOE9PS83U - Benedict Evans (@BenedictEvans) October 7, 2014
Click to expand...

While its mobile device division struggles, Samsung's components business is expected to increase 10 percent over the coming year, accounting for more than 40 percent of operating profits in 2015.

One of Samsung's main component customers is Apple, although the iPhone maker has cut back significantly on its usage of Samsung parts. One major move away from Samsung came with the main A8 chip used in the iPhone 6 and 6 Plus, with Apple turning to TSMC for the first time for chip production. Some industry sources believe Samsung to still be producing a portion of A8 chips, but so far it does not appear any have been seen in teardowns of the new devices.

this is the main reason that bendgate went viral.

Steve jobs would definitely have allowed this

The Samsung galaxy alpha seems to be a step on the right path though.
S

Now their profit is what their commercials were.

Couldn't have happened to a more deserving company.

If Samsung had stuck to providing parts for other OEMs and done their own *original design* phones, they would not be in this spot right now. They may have missed some of their highs, but they would have had a solid, long term, sustainable business.
J

I'm glad to be honest.

That's what you get when your marketing campaigns consist only of shooting blanks at competitors.

No surprise here. For a few years they were the only choice for a larger screen/phablet. Not only is the competition from apple strong (as always), other OEM's are competing on the android platform.

LostSoul80 said:
The Samsung galaxy alpha seems to be a step on the right path though.
Click to expand...

for those in the market for an iPhone 5

Not surprising, their batteries fail all the time and the built quality is disappointing.

marketing only works in the long term if you have a good product. apparently, Samsung only stole half of the formula from Apple.

They should make a 10 minute commercial about this.

I dunno, somewhere in West Texas

I predict this thread to top 200 pages. The Apple faithful will love this.
H

bazinga!! said:
Not surprising, their batteries fail all the time and the built quality is disappointing.
Click to expand...

LOL at this. Because Samsung make batteries right?
I seem to remember Apple having a lot of battery issues too.

How so? You want Apple to have its competitors die off? I don't know about you but I'd rather have Apple be challenged by competitors; it will force Apple to innovate further as opposed to resting on their laurels.
H

mattopotamus said:
No surprise here. For a few years they were the only choice for a larger screen/phablet. Not only is the competition from apple strong (as always), other OEM's are competing on the android platform.
Click to expand...

Rubbish. Its all due to sales of the iP6 and only the iP6.


Dontazemebro said:
I predict this thread to top 200 pages. The Apple faithful will love this.
Click to expand...

in first with samsung is doomed
R

mattopotamus said:
No surprise here. For a few years they were the only choice for a larger screen/phablet. Not only is the competition from apple strong (as always), other OEM's are competing on the android platform.
Click to expand...

Yup - As you say its not just Apple that's making life hard. Its the likes of huawei etc that are really hitting them hard, specially in the China markets

Well some people don't think that competition is a good thing for the consumer...

I guess it's true that Karma is a bitch.

I must say that the last couple of Samsung ads I've seen were not attacks on Apple, but actually ads that highlighted the capability of their own products. Although the latest one was highlighting a feature that my iPhone has had for a couple of years (and that works better on the iPhone).

But my biggest problem with Samsung is not the fact that they attack Apple, or copy from Apple. It's their despicable business practices.

As a corporation they are very unethical. The article that I read recently that highlighted some of their shady practices was disgusting. And before the haters want to claim that Apple is "no better" and "acts like any other "corporation" in this regard, I will say you're absolutely wrong. Apple would never keep regulators at bay outside their headquarters for hours while destroying evidence inside.
You must log in or register to reply here.
Share:
Facebook Twitter Reddit Email Link
Register on MacRumors! This sidebar will go away, and you'll see fewer ads.
Sign Up
Top Bottom