Samsung held a press conference on Monday in which it revealed the results of its internal investigation into why some of its Galaxy Note7 handsets set on fire. Last week, leaked reports confirmed the battery was to blame, but Samsung took pains today to explain the thoroughness of its investigation, which involved over 700 engineers and data gathered from testing 200,000 phones and 30,000 Note7 batteries.

In addition to enlisting the help of two independent testing labs, the Korean company built a large-scale test facility to automate different charging and discharging scenarios, which was able to replicate the failures of consumer handsets. Absolutely everything was examined, said Samsung, from hardware and software design, to manufacturing and logistics. 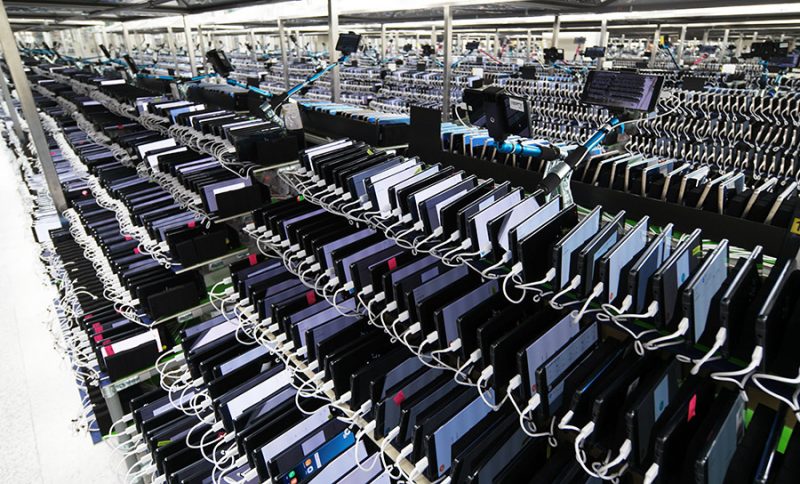 Samsung's Note7 test facility.​
Samsung said that two separate flaws were to blame for some batteries setting on fire in both original and replacement phones. The original Note7 battery had a design flaw in the top-right corner that was liable to short-circuit, while the batteries in replacement units were prone to combustion because of a welding defect. Some handsets were also missing insulation tape. For those interested, the company also released an infographic explaining the findings in more detail.

Going forward, Samsung said it was introducing an 8-point Battery Safety Check that includes additional inspection and testing. The firm also said it was improving training for all battery handlers across its assembly and shipping chains. In addition, it explained that more space would be allowed around the batteries in its handsets to protect them from impact-related failures, and said it would take steps to improve its battery diagnostic and controller software.

"I [hope] this serves as an opportunity to improve safety of lithium-ion not only for Samsung but for the entire industry," Samsung mobile head DJ Koh told Recode, adding that Samsung takes responsibility for all components of the phone, including batteries made by other Samsung subsidiaries and those bought from outside companies.
Click to expand...

Samsung confirmed that the changes would arrive in the forthcoming Galaxy S8, but told reporters not to expect its mid-cycle phone to make its usual appearance at the Mobile World Congress, held annually in February. No timeframe was given for the launch of the S8, suggesting Samsung is being careful not to put itself under undue pressure for its comeback after last year's Note7 debacle, which was said to be a result of the company trying to beat Apple's iPhone 7 to market.

proper subtitle for the picture above: 3.. 2.. 1..
Reactions: trainwrecka, noiceT, Agilis and 5 others

It's good they are being pretty open about it. Not so good it happened in the first place. I wonder how many other manufacturers could have these problems?
Reactions: jeffirl, MrkJensen, jdsingle and 26 others

So it *was* the battery. Who would have thought?
Reactions: varera, xerexes1, godkiller and 8 others
B

This is quite the fiery topic.
Reactions: VulchR
U

First image from Final Destination 6 released!
Reactions: 77others, raythepa, ysr and 6 others
4

"The original Note7 battery had a design flaw in the top-right corner that was liable to short-circuit, while the batteries in replacement units were prone to combustion because of a welding defect. Some handsets were also missing insulation tape."

I think this article says it all. Samsung rushed the Note 7 and it's quality control suffered. Some of the devices for missing insulation tape is a tell tale sign this should have never happened and is unacceptable.

The biggest take away these other phone manufacturers can learn from Samsung's mistake, is to Put out a quality device, even if it means it's not going beat the other phone competitor first.
Reactions: rodnaynay, Septembersrain, paul4339 and 22 others

There is (understandably) a lot of schadenfreude about this whole debacle.

BUT it's a good thing in wider context for every industry using Lithium batteries. Hopefully all manufacturers will be even more careful now.
Reactions: rodnaynay, VulchR, Cameroncafe10a and 14 others

Looks like they did it properly. In the end...

Good to get some answers though.
Reactions: chrismail627 and bernuli

So the replacement batteries had a completely different fault? LOL
Reactions: MagMan1979, noiceT, iEnvy and 12 others
C

Holy moly... that's a lot of phones on test! Have to admire Samsung for being so open and so thorough about this.
Reactions: MrkJensen, L. Ron Hoover, Glassed Silver and 30 others

Free markets. It happens. Samsung will learn the lesson and quality will go back up.
Reactions: ABC5S, Breaking Good and Sasparilla

Chicane-UK said:
Holy moly... that's a lot of phones on test! Have to admire Samsung for being so open and so thorough about this.
Click to expand...

I have to admire their balls to set up a facility like that.
Reactions: MrkJensen, L. Ron Hoover, raythepa and 17 others

Well, the Note 7 was Samsung's most expensive phone.
Meanwhile, we have numerous cheap Xiaomi phones that don't seem to have issues.

It only shows that mistakes happen. The key is how to address it. Samsung didn't act accordingly at first until the US government put a firmer note. With the whole scandal in S. Korea to add, now Samsung is acting better, being transparent.
Reactions: Sasparilla
E

That's the price you pay for not copying Apple.
Reactions: MagMan1979, VMMan and rohanparekh

Just call it with its name: incompetence.

That wasn't a battery production issue, but a battery design one.
Last edited: Jan 23, 2017
Reactions: MagMan1979, Cameroncafe10a, t1meless1nf1n1t and 8 others

I wonder what kind of music he spins.
Reactions: Starship77, JayShyy, DCW and 1 other person

200,000 Note 7's... I would have loved to see the satellite footage of that giant fireball coming out of that test facility.
Reactions: MagMan1979, ZZ9pluralZalpha, Nand and 5 others
E

Vorkeyjones said:
So the replacement batteries had a completely different fault? LOL
Click to expand...

keysofanxiety said:
I have to admire their balls to set up a facility like that.
Click to expand...

Haha... of the 700 engineers, 600 were stood just out of shot armed with fire extinguishers
Reactions: godkiller, raythepa, tuslaw12 and 4 others

Relentless Power said:
I think this article says it all. Samsung rushed the Note 7 and it's quality control suffered.
Click to expand...

It doesn't mean that at all. Nobody tests phones for battery failures like this, certainly not on the scale that would've been necessary to find these relatively rare occurences ahead of time.


pika2000 said:
It only shows that mistakes happen. The key is how to address it. Samsung didn't act accordingly at first until the US government put a firmer note.
Click to expand...


If you mean announcing a voluntary recall before the CPSC did, that's actually not unusual. Heck, Apple themselves have done the same thing before, but nobody made a big fuss over them doing it.


Chicane-UK said:
Holy moly... that's a lot of phones on test! Have to admire Samsung for being so open and so thorough about this.
Click to expand...

That is definitely a lot of phones under test! Kudos for them building such a facility to figure things out.

I once helped design and build a rack to test the functionality of 100 touchscreen computers at a time, and we thought that was a lot

For comparison, remember this leaked photo of a casual iPhone 5C test rack at their factory, with just a few dozen production units under test at a time? 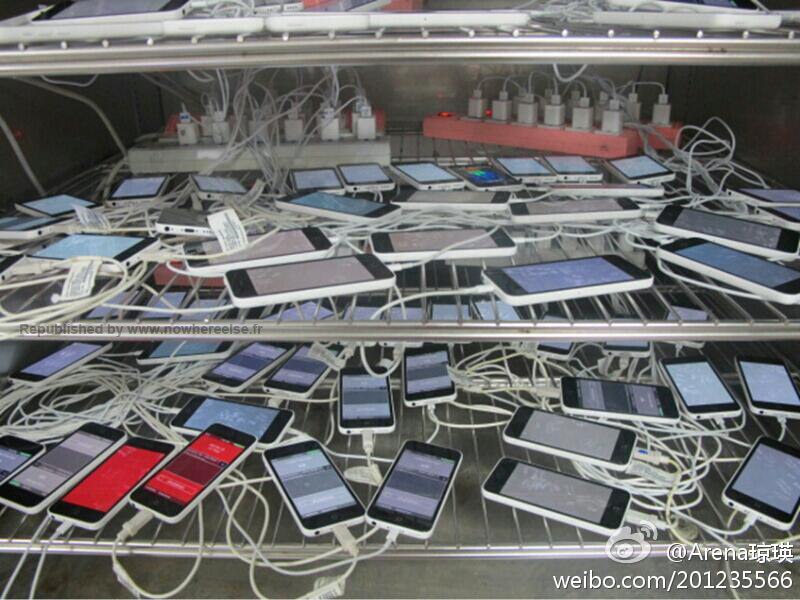 So, it has a happy ending.
M

Short circuit issue in the first battery, welding defect in the second... I actually don't believe that is the case. Samsung probably do not know the issue and needed to put the blame on something obvious. Let's see the "lesson they have learnt" when the S8 explodes.
Reactions: MagMan1979 and thasan
You must log in or register to reply here.
Share:
Facebook Twitter Reddit Email Share Link
Register on MacRumors! This sidebar will go away, and you'll see fewer ads.
Sign Up
Top Bottom