Some Users Locked Out of Their Apple IDs, Forced to Reset Passwords

Apple appears to have locked a select group of users out of their Apple ID accounts over the past 20 hours or so, with no clear indication yet as to why the incident has occurred. According to reports on Reddit and Twitter, users are being kicked out of their Apple IDs for security reasons, and forced to reset their password to gain access to their account. 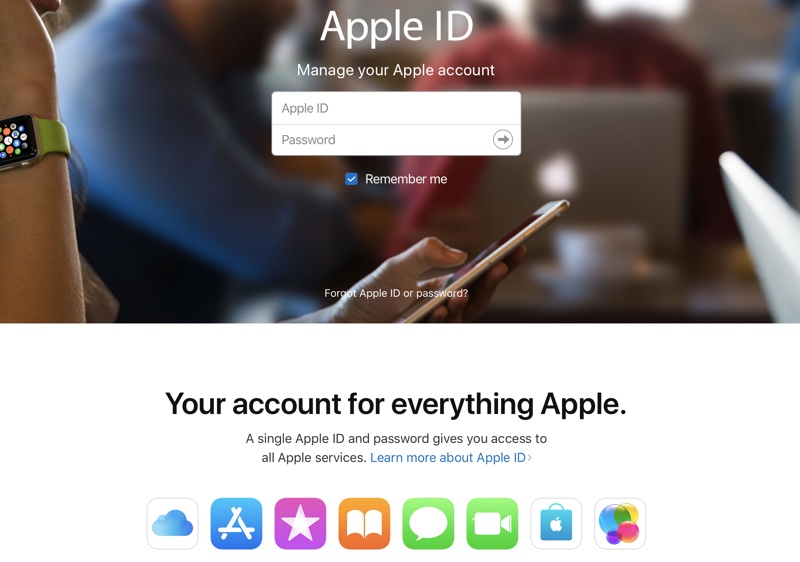 Users report this happening without warning on iPhone, Apple TV, and other Apple devices, while they were using Apple Music, watching TV, etc. The original poster on Reddit confirmed that they have two factor authentication enabled and a unique iCloud password for their Apple ID not used anywhere else, and many users report similar settings.

On Twitter, @AppleSupport is guiding users to the Support Communities web page that explains what to do if your Apple ID is locked and disabled. In nearly all instances across social media, users are reporting that they must reset their Apple ID password to be able to get back into their accounts.

With no official word from Apple and no clear reason behind these forced password resets, it's unclear why some users were affected and what caused Apple to initiate the wave of resets in the first place. We've reached out to Apple for a comment, and will update this article if we hear back.

Article Link: Some Users Locked Out of Their Apple IDs, Forced to Reset Passwords

Yep. Happened to me.
Reactions: BoScO999, 12vElectronics, Chidi and 6 others

Happened to me yesterday. Posted it in Twitter also. Had to change my password and login again on everything in the house. Sometimes I hate Apple.
Last edited: Nov 13, 2018
Reactions: BoScO999, duncansby, L0nerm@n and 12 others

How and why am I always in the 'small number of users' impacted by every single little stupid glitch...?

What have I done to deserve this, Apple? Haven't I been good to you? I thought we were special.
Reactions: BoScO999, Ntombi, Chidi and 15 others

My Microsoft account login still works.
Reactions: L0nerm@n, Moorepheus, dk001 and 11 others
I

Signed me out of everywhere recently but I didn't have to reset my password.
Reactions: Tijdelijk and centauratlas

Wow that’s annoying. Glad it didn’t happen to me, but definitely feel for the people it did happen to. Especially y’all that have many Apple products.
Reactions: ssspinball and boswald

why cant this haapen to liil ol me and my hated a[[le accont?

Yep hit me too!
M

It looks like I'm in the unaffected group. I was able to login to iCloud.com with my username, password and 2-factor code sent to my iPhone.

I was also able to login to my account through iTunes on the desktop with no problems.

Since I got my Xs I have had to reset my password 6x’s with no clear reason why. I will be using my devices as normal then get the prompt to re-enter my password. I hit cancel and go into iCloud settings and sure enough it was legit request. Enter my password then says I need to unlock my account. Go ahead with process to unlock and then request to reset password. Very annoying. Apple support does not see anything suspicious with my account.
Reactions: ssspinball, Frehley and kbk75

dbrewood said:
Yep hit me too!
Click to expand...

And I just reset my password about 2 weeks ago. Had to do it again this morning.

I’m running out of creative ways to spell my favorite color.
Reactions: adrianlondon, 0958400, Breaking Good and 5 others

This happened to me yesterday. Had to reset my password.

My wife had this happen to her this morning. My account was spared.
E

Woke up to a notification that I needed to reset my password.
Reactions: Equitek

Had to force-reset my password as well about two weeks ago. So this might have started a little earlier.
Reactions: djemyo and Wilburx3
M

Thanks for the info. Do we think Apple is being bombarded by random phishing attempts?
Reactions: Sasparilla
T

Same thing here. It is kind of annoying. While I selected the option to NOT log me out of my other devices, it seems like I have to login on each device again.
Reactions: ssspinball and ZebraDude
B

Not to me, but to a good friend last week. He had his phone in for a new battery. While waiting at the Apple Store for his service to finish, he logged in to his iCloud account using a store computer and was immediately locked out. Since his device was disabled at the moment, he could not get back in until after the service was done - and then it took an enormous effort to do so, even with all of the Apple personnel and tech support online.

I'm curious - I wonder if this isn't a glitch associated with an iDevice or an Apple ID somehow being erroneously flagged as compromised.

Hasn’t hit me fortunately. Lots of devices can make this a real pain. But I’m glad they are presumably on top of whatever security issue triggered it.
Reactions: Sasparilla
N

Happened to my father too. And he got scared that someone is trying to hack him and phish the new password he is entering...

People really should get more information when their account gets locked like this...
Reactions: duncansby, Val-kyrie, mizzourah and 4 others
K

Hasn’t happened to me in the past 24 hours but I’ve had this happen to two accounts over the past couple of months. Using device, as usual, it asks for password, refuses to accept what I am 100% sure is the correct password, then forces me to reset the password. Wonder what’s going on. Tech support had no idea why it happened either time other than saying it was for the security of my account.
F

Happened to me as well. Had to unlock my account and reset my password. Really makes you realize how many devices you use your Apple ID to sign-in on.

Thanks for the info. Do we think Apple is being bombarded by random phishing attempts?
Click to expand...