With the release of iTunes 10 on Wednesday, Apple has revamped the application's icon for the first time in many years, doing away with the traditional design of music notes on top of a CD. Apple CEO Steve Jobs announced the change at Wednesday's media event, noting that with iTunes likely to surpass physical CD sales sometime next year, it was time to remove the CD from the icon. The icon change has caused mixed responses, however, with some users appreciating the simplified design while others have criticized it as amateurish in appearance.

Wired reports that one user sent Jobs an email criticizing the new logo for its design and abandonment of the iTunes brand that has developed over the years.

Enjoyed the presentation today. But...this new iTunes logo really sucks. You're taking 10+ years of instant product recognition and replacing it with an unknown. Let's both cross our fingers on this...
Click to expand...

Despite all of the activity surrounding the media event, Jobs took the time to respond with another one of his brief, to-the-point emails:

While Jobs obviously provided no additional thoughts on why Apple prefers the icon design over the old one, it's clear that he is taking in users' comments and taking the time to respond rather than simply ignoring the feedback entirely.

The new icon is not the only visual tweak included in iTunes 10, as Apple also took the opportunity to move the "stoplight" buttons for closing and resizing the application's window into a space-saving vertical orientation from the standard horizontal orientation. The company also switched to a a more subdued, grayscale pattern for items in the application's left sidebar.

I don't get the problem with the new logo. It's glossy and iPhone like so is copying the direction their style is going. The old logo wouldn't have looked out of place on a Windows 95 desktop - it was showing its age.
Comment

I miss the colored icons in the library/store/playlists section more.
Comment
V

I think it's ugly because it doesn't match with the Safari, Mail, Calendar, and all the other Mac icons I have on my dock.
Comment

i think Steve is brilliant.

But I disagree with him on this. Bring back the CD.

You can argue that itunes have moved beyond CD importing (not true for all of us) based on itunes store sales. But if that is justification for dropping the CD from the icon, then a similar argument can be made to drop "tunes" from the name since itunes as it has moved beyond just music.

Itunes will not change its name because it has a history that started with music. That history includes CDs. So keep the CD in the icon.

I, too, dislike the new styling. The new iTunes looks so dull with the b&w colors. Bring back the color! When listening to music, the light blue and white colors made all the different music easier to read. The icon I don't care about as much, although there was nothing wrong with the first one- don't fix what's not broken!
Comment

The new icon sucked all the color out of itunes.
Comment
P

Is it just me, or does the music-note look like it's not centered in the blue circle?

heehee said:
It's a bloody icon, get over it.
Click to expand...

Steve is right. The old logo has a CD/DVD in it. How many people are still using them? It's not the future, it's yesterday.
Comment
K

You're looking at it wrong.

As a graphic designer for over 20 years. I concur: that new logo sucks! It looks like someone created that in about 2 minutes. Let see, "Take generic 2 tone aqua color circle, add musical note . . . . and . . . . there you go! Instant logo. Can I interest you in 20 animated gifs for your web site now?" 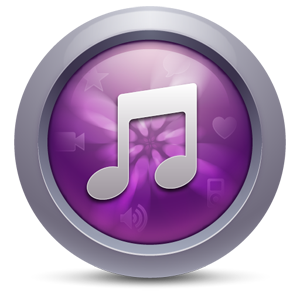 P.S. This icon was designed by Chris Carlozzi. He is a link to it.
Comment
S

why not put an ipod instead of the CD...
but i agree it looks like some one was just fooling around in illustrator
Comment

That is not an icon.

I was excited when he announced there would be a new icon, but was instantly dissapointed at what I saw. "amaturish" seems like a good word for it.