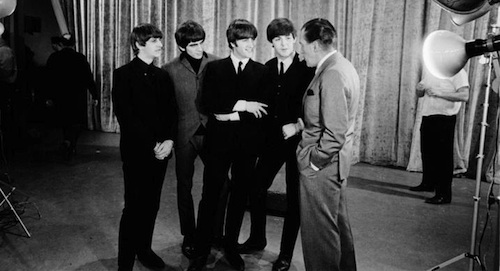 It seems that little has changed in the three months since the last update on negotiations between Apple and The Beatles to bring the legendary group's music to the iTunes Store, as John Lennon's widow Yoko Ono claims that there are still hurdles to overcome and that fans should not expect a resolution anytime soon.

"(Apple CEO) Steve Jobs has his own idea and he's a brilliant guy," Ono, the 77-year-old widow of John Lennon, told Reuters. "There's just an element that we're not very happy about, as people. We are holding out.

"Don't hold your breath ... for anything," she said with a laugh.
Click to expand...

Ono declined to offer details on the sticking points in the negotiations, but noted that her concerns were not necessarily shared by Paul McCartney, Ringo Starr, and Olivia Harrison, George Harrison's widow. McCartney's comments earlier this year seemed to pin the blame on record label EMI, but Ono suggests that there may be a more fundamental disagreement between at least herself and Apple.

Apple and The Beatles have had an interesting relationship over the years, between their continued inability to come to an agreement for digital distribution of the band's music to a dispute over Apple's name, which came into conflict with The Beatles' holding company Apple Corps in multiple trademark disputes dating back to the late 1970s. While earlier agreements had resulted in Apple agreeing not to enter the music industry, the development of the iPod and iTunes again raised the ire of Apple Corps, leading to a lawsuit and eventually a revised trademark agreement that saw Apple acquiring all of the disputed "Apple" trademarks and licensing a portion of them back to Apple Corps for future usage.

Curse you, Ono, you've jipped us once again!

Odd considering thebeatles.com is beginning digital downloads of all of their albums starting Oct. 15th.

I am not a big fan of them but this is a bit ridiculous.

So I guess I'll have to continue listening to my pirated Beatles tracks.

Who are the Beatles?

People are still going to listen to The Beatles if they want to, just maybe not via buying the CDs but maybe via downloading the songs illegally. This is good for everyone. Well, us consumers at least.
T

+1. Why should she be in these negotiations at all? And if she really wants to spread a message, isn't letting this generation buy the music a great way of doing so?

And please hold off on "but they can just go buy the cd..." because if they took away iTunes I doubt that would be the response.

Does anyone really care? If people REALLY want digital versions of the songs, they will either buy and rip the CDs or pirate them. It's simple. All EMI is doing is artificially restricting an additional sales channel and source of revenue.

People who would have bought The Beatles albums on iTunes already downloaded torrents of them years ago.

I got the remasters in 09. I'm pretty sure everyone on the planet either has legit copies of the remasters or has a friend who gave them a copy.

MacRumors said:
Ono declined to offer details on the sticking points in the negotiations, but noted that her concerns were not necessarily shared by Paul McCartney, Ringo Starr, and Olivia Harrison, George Harrison's widow.
Click to expand...

This reads like Ono wants to capitalize on her husband's music and hold out for more money.

if Ono doesn't want to share the Beatles with the masses it's their loss... their missing out on a whole new generation.

I'm not a Beatles fan anyways.

winninganthem said:
If this is still over an old dispute from the 70s... wow.
Click to expand...

Pretty sure this is the problem: Apple Records (the Beatle's label) had a problem with Apple Computers. They said, "You can have the name Apple, but just don't go into the music business." Apple Computers said, "Why would we ever get into music?" So they agreed.

Then itunes came along. Apple Records had the name first, and I'm taking their side on this one. They have every right to be pissed.
E

winninganthem said:
If this is still over an old dispute from the 70s... wow.
Click to expand...

Thing is, I can't imagine Apple isn't offering the Beatles at least the same terms they offer everyone else. I'd expect Apple is offering them a bit better terms, even.

So "Steve Jobs has his own idea"--- Jobs wants to do something special?

"Theres just an element we're not very happy about, as people".--- they want to do this special thing, they just want it done their way.

Obviously the thing they want done their way is something Jobs isn't willing to do.

Therefore, it seems likely to me that the issue is "the beatles" are being unreasonable.

I can't imaging they are demanding that the music be delivered in 256kbits and jobs is refusing, or anything like that.
Y

They aren't half as timeless as The Rolling Stones.
S

I don't know why, but the "Greed is Good" speech from the movie, "Wall Street" comes to mind...

slicecom said:
People who would have bought The Beatles albums on iTunes already downloaded torrents of them years ago.
Click to expand...

My hunch is that the sticking point might be full album vs. individual track prices with Apple/Steve Jobs pushing for sales of individual tracks from all the albums, not just from compilations like '1'.

And yes, the White Album is patchy. Let It Be is too... plus all the other assorted atrocities like Maxwell's Silver Hammer, Octopus's Garden etc.

Hope Steve jobs is intransigent enough to keep them off iTunes for ever.

Most Beatles music has this weirdly depressing character to it. I find listening to it, at best, painful. There are better bands like Pink Floyd and Led Zeppelin.

The Beatles are a historical marker, but otherwise irrelevant. No one cares except for old hippies - and they ripped their CD's already.

Oh, and also, Yoko Ono is the most horrible person on earth. She is a screeching lunatic who took advantage of a drug addict. Yech!

Note: these are my toned down comments.

For goodness sake, who cares at this point? This has been going on for years. If the Beetles want to act like pussies about it then so be it. If I want a Beetles record I can buy my music elsewhere. The Beetles need to get over it and so does Apple, iTunes has been extremely successful without any Beetles music.
You must log in or register to reply here.
Share:
Facebook Twitter Reddit Email Link
Top Bottom