While the Touch ID sensor on the new Magic Keyboard is compatible with all M1 Macs, including the new iMac and last fall's 13-inch MacBook Pro, MacBook Air, and Mac mini, MacRumors has confirmed with Apple that the Touch ID sensor will not function with the new iPad Pro, even though it also has an M1 chip. 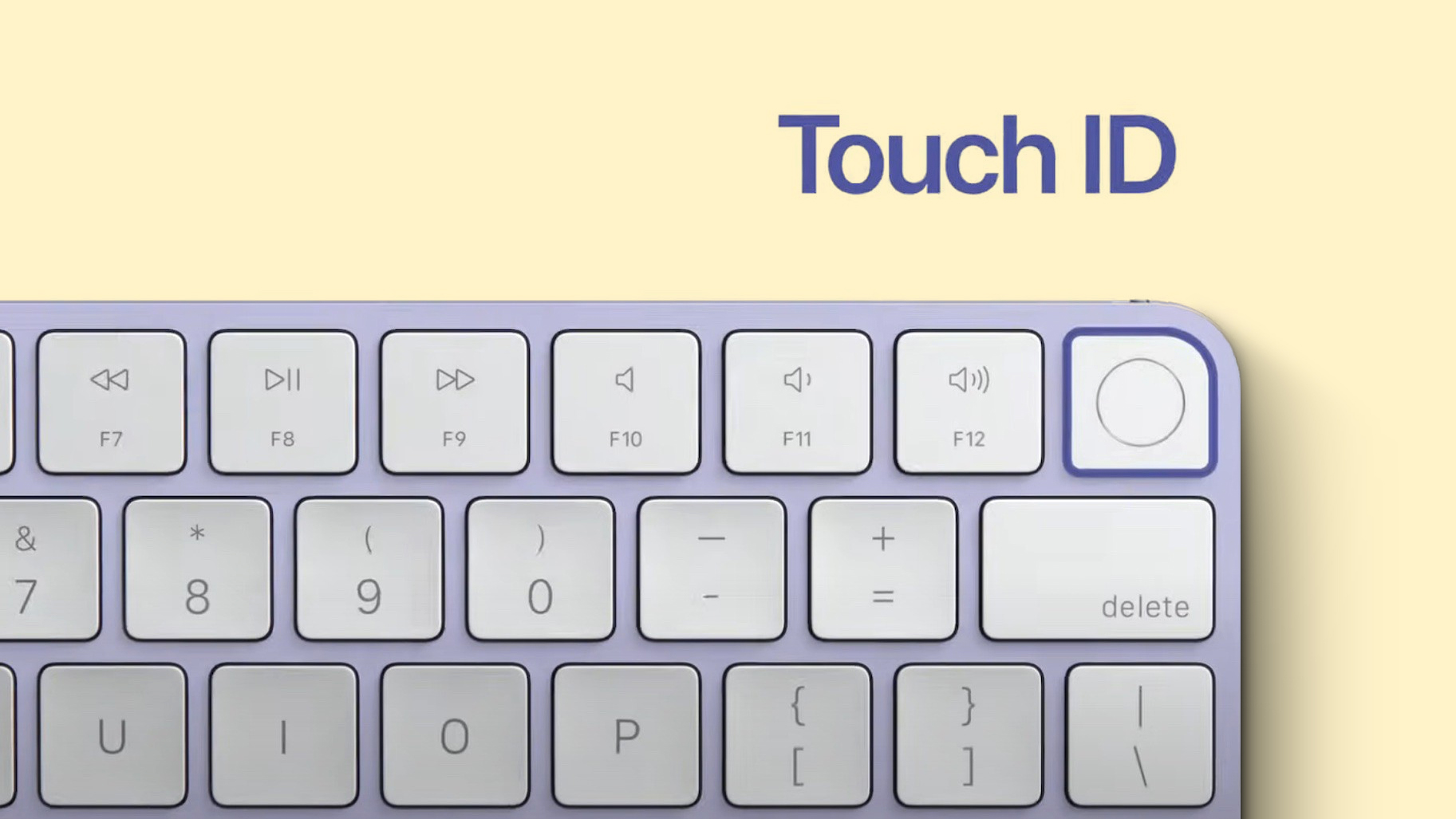 The new Magic Keyboard can still be used with the iPad Pro and other devices, like Intel-based Macs, with the exception of Touch ID.

Higher-end 24-inch iMacs will ship with the Magic Keyboard with Touch ID in the box at no additional charge, but it will be a $50 upgrade option for the base model.

well, it has face id right there for you...
Reactions: blob.DK, michaelnugent, utkarsh aryan and 19 others

This does create some weird limitations if you want to use the iPad plugged into external displays
Reactions: M꙰O꙰S꙰C꙰H꙰O꙰P꙰S꙰, michaelnugent, whatta and 8 others

How strange, I wonder if it’s a software issue.
Reactions: Internet Enzyme, macguru212, ajfahey and 2 others

Is anyone beating down Tim's front door *for* Touch ID to function on an external keyboard for their iPad Pro?
Reactions: anotherBill, michaelnugent, valleian and 10 others

i would hope so))
Reactions: TheYayAreaLiving 🎗
C

justiny said:
Is anyone beating down Tim's front door *for* Touch ID to function on an external keyboard for their iPad Pro?
Click to expand...

some people do have very specific requests!
Reactions: valleian

I just read the base iMac doesn’t come with the Touch ID keyboard. Cheap
Reactions: BaltimoreMediaBlog, otternonsense and keco185

iapplelove said:
I just read the base iMac doesn’t come with the Touch ID keyboard. Cheap
Click to expand...

I honestly wasn't expecting that, and I think most knowing Apple probably thought the same. When I was watching the video yesterday and they mentioned 3 keyboards and one without touchId, it was my sign that's the free one.

I just use my Apple Watch to unlock my Mac.
Reactions: amartinez1660, Ghost31 and MauiPa

Maybe with iOS/iPadOS 15 it will be able to if they do in fact ship an iPhones with both Face ID and Touch ID in the fall. I just don't think the current versions support both at the same time right now. It's coded for one or the other.
Reactions: mazz0

Spike1999 said:
How strange, I wonder if it’s a software issue.
Click to expand...

Had the same question
Reactions: ajfahey and Hodar1
L

It's compatible with the M1 Mini, apparently, but you can't buy it alone. I want one!
Reactions: u+ive, SigEp265, EmotionalSnow and 2 others

When the new touchId keyboard does become available it is going to be a tough decision. The touchId would be great since I use my M1 MacBook Air docked in clamshell mode most of the time. The problem is that the new keyboard uses the awful up-down arrow key layout. I much prefer the traditional t-shape arrow key layout and I use the arrow keys much more than I do the touchId.

Not sure what I’ll do when they become available.
Reactions: amartinez1660, UMHurricanes34 and saintmac
N

Just remembering the good old days when Jobs insisted that everything interoperate, except for very limited product transitions. Now it is such a hodgepodge that you have to be in Mensa to understand what works with what.
Reactions: kazmac, SuperJack, MacBH928 and 14 others
J

LHMac said:
It's compatible with the M1 Mini, apparently, but you can't buy it alone. I want one!
Click to expand...

You can't buy it stand alone yet. Apparently the same thing has happened before, and a few months after the introduction, the keyboard was available standalone.

but will touch ID keyboard work with the Mac mini M1 ?
F

don't worry. I'm not getting a new iPad Pro. I looked at the current pricing and almost fainted.
I'll keep my 2018 1TB iPad Pro and my first gen 1TB iPad Pro . I only use my iPads to hold large music collections a sort of oversized iPod.
Reactions: SigEp265, Dark_Omen and PlayUltimate
J

colticus said:
Did you even make it past the headline?
Click to expand...

There are other reports coming out saying it doesn’t work with the Mini or the M1 MacBooks, so it’s not really clear to me who is correct at this point.
Reactions: SigEp265

Of course it doesn’t. They need you to buy the Magic Keyboard. ? In all seriousness I would like to hear Apple’s reasoning behind this. Probably the same logical response behind not putting the U1 chip in the new Apple remote.
Reactions: RevTEG and PlayUltimate

For the price the ipad pro should have touch ID in the power button.
Reactions: kazmac, SuperJack, twistedpixel8 and 2 others
W