The USB4 specification for a new version of USB was today published by the USB Implementers Forum [PDF] giving us details on what to expect from the next-generation USB architecture following a preview back in March.

USB4 is a major update that "complements and builds upon" the current USB 3.2 2x2 (USB-C) and USB 2.0 architectures. According to the USB-IF, the USB4 architecture is based on Thunderbolt, doubling the maximum bandwidth of USB and allowing for multiple simultaneous data and display protocols. 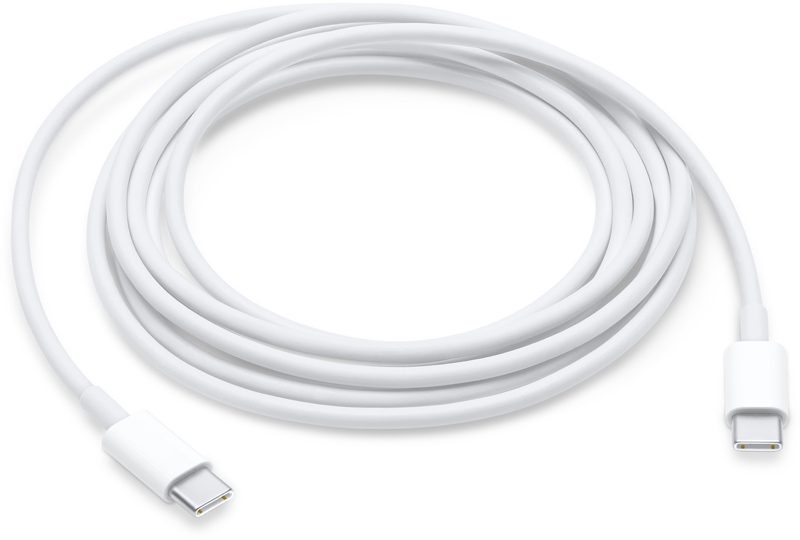 The USB-IF outlined key specifications of the USB4 architecture, such as 40Gb/s speeds (twice the current 20Gb/s maximum) and backwards compatibility with USB 3.2 and Thunderbolt 3.

USB4 will use the same USB-C connector design as USB 3, which means manufacturers will not need to introduce new USB4 ports into their devices.

Apple's newest Macs offer support for USB-C and Thunderbolt 3, which means most Mac users are already experiencing USB4 speeds when using Thunderbolt 3 cables and devices, but USB4 will make Thunderbolt-style speeds the new default and it will lower the cost of devices that use these faster transfer speeds.

USB Power Delivery will be required in devices built for USB4, which also means we can expect to see higher-powered chargers with multiple USB4 ports.

Though the USB4 specification is complete, it will still be some time before we can expect to see devices that take advantage of USB4. It typically takes at least a year for new products to come out following the finalization of a new specification, so it will be late 2020 or beyond before we begin seeing USB4 devices.

One cable to rule them all.

Now lets get USB-C on an iPhone.
Reactions: Hank Carter, mburkhard, itsamacthing and 46 others
Comment

Any clue if Thunderbolt 3 will be forward compatible with USB4? (ie get 40gbps with USB4 devices connected to Thunderbolt 3 ports).
Reactions: rolandopr, aaronhead14, eksu and 1 other person
Comment

Good editor that knows USB4 doesn’t have a space between B and 4!
Reactions: JetLaw and AvisDeene
Comment

zedsdead said:
One cable to rule them all.

Now lets get USB-C on an iPhone.
Click to expand...

Interesting that USB4 will be no faster than Thunderbolt 3. I guess I’ll hold on to my Razer Core X eGPU for a while!
Reactions: tekenology
Comment

steve23094 said:
Any clue if Thunderbolt 3 will be forward compatible with USB4? (ie get 40gbps with USB4 devices connected to Thunderbolt 3 ports).
Click to expand...

They're saying USB4 IS TB3 so yes it should be compatible. Who knows...
Comment
B

I don’t even have a Mac with USBC yet..
Reactions: nekonokami, JonBOY26, Codeseven and 9 others
Comment

Will USB4 then drop support for USB-A, B and B's little cousins mini and micro? Because if so, it's about time!
Reactions: schneeland, Nütztjanix, EightyTwenty and 7 others
Comment

Congratulations Apple, you were four or five years early—you certainly earn that distinction. Too bad that the products in the meantime were entirely unflexible and annoying for anyone who wanted to conveniently use their laptop as a computer
Last edited: Sep 3, 2019
Reactions: R3k, Hank Carter, Queen6 and 13 others
Comment
K

steve23094 said:
Any clue if Thunderbolt 3 will be forward compatible with USB4? (ie get 40gbps with USB4 devices connected to Thunderbolt 3 ports).
Click to expand...

According to the spec, it's optional

Skimming the relevant sections, there's a number of minor implementation details that are different between USB4 and TBT3.
Reactions: ksec and MrUNIMOG
Comment

Planning on upgrading the iMac 5K with a Thunderbolt 3 DAS and 10 gb ethernet on top of the eGPU on one of the ports.
Reactions: ingik
Comment

Something is not said. There maybe a gotcha:

Hence, you can't use most Thunderbolt 3 devices from a USB host port, but the same isn't true the other way around. You can plug a USB device and cable into a Thunderbolt 3 host port whenever you want because Thunderbolt 3 fully supports USB.
​
At least that is my understanding.
Am I wrong?
Last edited: Sep 3, 2019
Comment

tofagerl said:
Will USB4 then drop support for USB-A, B and B's little cousins mini and micro? Because if so, it's about time!
Click to expand...

I disagree. I think backwards compatibility is one of the keys to the success of USB. Keyboard and mouse makers can use a cheaper USB 1 or 2 controller instead of a more expensive chip. No need for high performance.
Reactions: freedomlinux, Zdigital2015 and bernuli
Comment

Time to bring forth Thunderbolt 4!
Reactions: Darajavahus, sydneysider88, bernuli and 3 others
Comment
S

Now if they could make the USB-C connector more stable. Outside of MicroUSB which can be a little finicky, all the other ports are generally rock solid (particularly HDMI, DP, USB-A, and miniDP)
Reactions: Hank Carter, sideshowuniqueuser, sydneysider88 and 1 other person
Comment

i need TB4 alrdy, losing 10-20% performance on egpu from the get go is not good.
Reactions: Darajavahus
Comment

It was wise of Intel to finally open-source TB3.

Just let's let USB-C be the end of it. At least for the foreseeable.

I don't want to start hearing talk of a D version...
Comment
M

Yes by the time this is in PC’s, then Macs will adopt Thunderbolt 4...then we’ll need USB 4.1 or 5
Reactions: RichardGroves
Comment
K

Crowbot said:
I disagree. I think backwards compatibility is one of the keys to the success of USB. Keyboard and mouse makers can use a cheaper USB 1 or 2 controller instead of a more expensive chip. No need for high performance.
Click to expand...

No. USB4 does not replace USB1/2 Protocols. The architecture does not change from a TBT3/USB-C port today.