Many of you probably know that the 2010 iMac supports a feature called Target Display Mode, and it needs Mini DisplayPort to work. No PowerPC Mac ever shipped with Mini DisplayPort as they all predate it, so that would make the feature incompatible, right? Wrong.

The MSRP for these converters is usually pretty high, but you can find them used for much less. I got an Atlona Dual-Link DVI to Mini DisplayPort Converter from eBay, and sure enough that did the trick. It will even pass through the audio, allowing me to use the iMac's internal speakers with my Power Mac G5.

I tried it out with my Late 2005 Power Mac G5 dual-core 2.3 GHz running either Tiger or Leopard, copied over the iMac's ColorSync profile and have a setup that feels like it was meant to be. 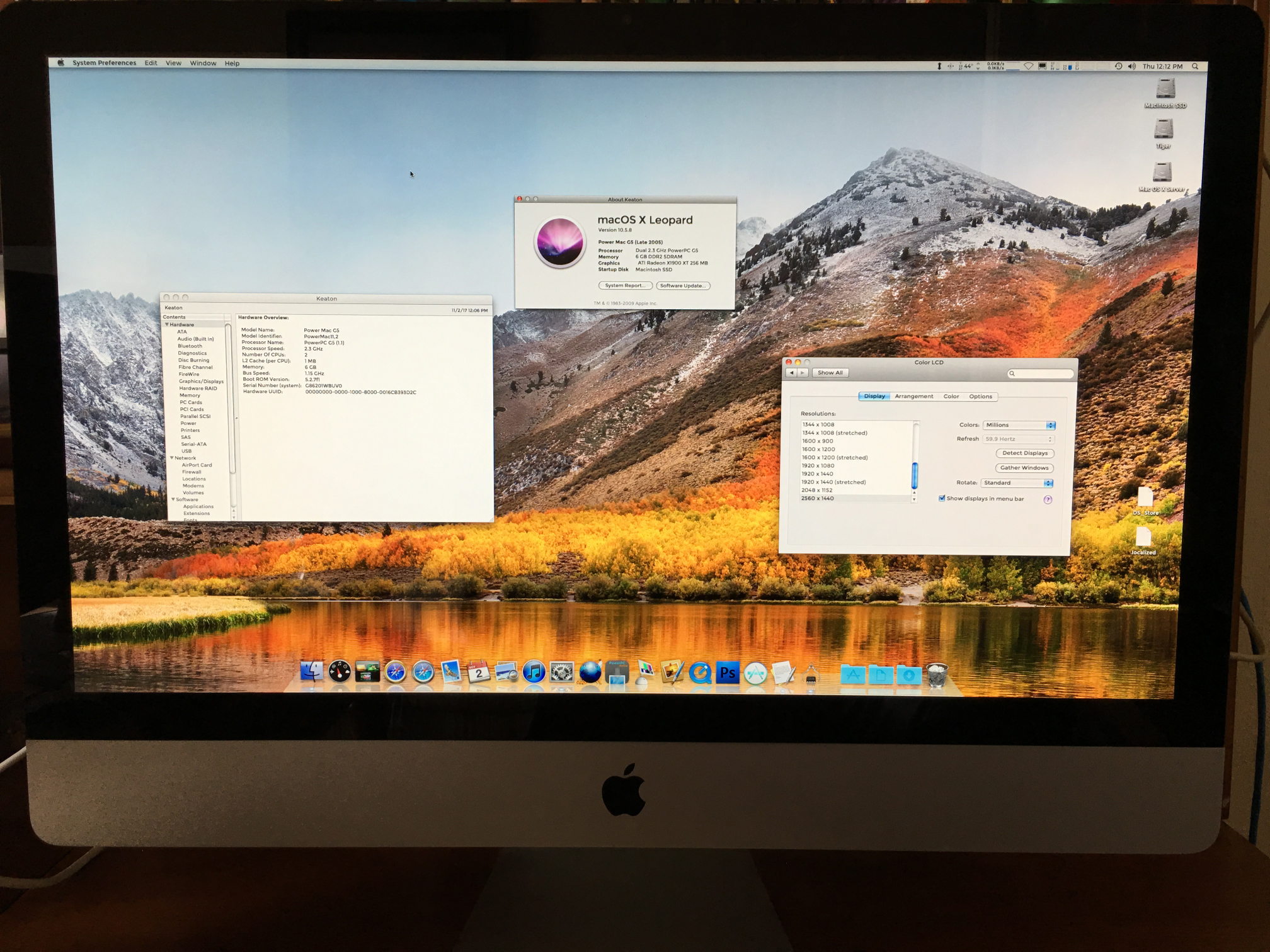 Also tried with my 2007 MacBook Pro, which predates Mini DisplayPort's inclusion on Intel Macs. It identified the iMac correctly in System Profiler (as an Intel Mac driving it natively through Mini DisplayPort would), though the Power Mac G5 treats it as a generic "Color LCD" (makes no difference other than having to manually install the iMac's ColorSync Profile). 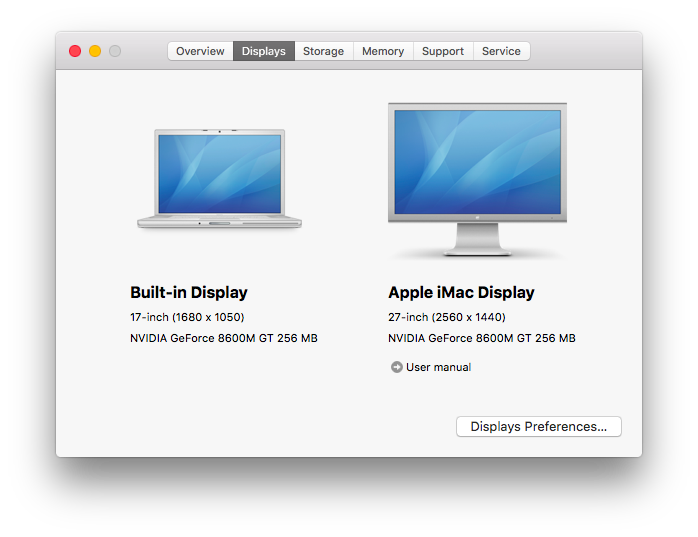 Important: It's worth mentioning that the converter didn't play well with my other PowerPC Macs. An older Power Mac G5 DP (7,2) running Jaguar or Panther, as well as a Mac mini G4 running Leopard would only offer up a wasteful 1280x720 resolution. I couldn't get it to switch to anything higher even using SwitchResX, though it should be supported by the hardware (both are capable of driving Apple's 30" Cinema Display at native resolution). An Early 2005 PowerBook G4 running Tiger simply refused to acknowledge a display was connected through the DVI port.

So if you plan on doing this with a 27" iMac or 27" LED Cinema Display, check Mactracker to make sure you have a Mac with dual-link DVI, otherwise you're stuck with 1280x720 (exactly half the width and hight of 2560x1440). With an older Power Mac G4/G5, you can upgrade the graphics card to one that supports dual-link DVI.

Another downside is that the converter draws a lot of power from the USB port, so external power may be necessary for it in some situations.

Sometimes older is better: Sadly, with the subsequent model in 2011 Apple started forcing Thunderbolt be used instead of standard Mini DisplayPort, and that made the feature much less useful/incompatible with these converters. In 2014, with the release of the iMac 5K, Apple dropped Target Display Mode completely for technical reasons, and shows no interest in bringing it back.

So if I decide to try the PowerPC challenge again, I will be using this setup. Hopefully there aren't any objections as long as it's strictly used as a display.
Last edited: Nov 2, 2017
Reactions: Amethyst1, LightBulbFun, AphoticD and 2 others

I wasn't aware of Target Display Mode, but then it's not something I've ever had a need for. Presumably this is just with Intel iMacs of that time period?

I wasn't aware of Target Display Mode, but then it's not something I've ever had a need for. Presumably this is just with Intel iMacs of that time period?
Click to expand...

Awesome. It's a shame my iMac late '09 21.5 inch isn't included in the supported machines list.

I think the reason for the resolution limit on the mac mini G4 and your older G5 are due to the single-link DVI output. If you upgraded the GPU in the 7,2 to a 6800 GT or something with Dual-link DVI ports, you'd find you'll get the full 2560x1440 res.
Reactions: Amethyst1 and LightBulbFun

I think the reason for the resolution limit on the mac mini G4 and your older G5 are due to the single-link DVI output. If you upgraded the GPU in the 7,2 to a 6800 GT or something with Dual-link DVI ports, you'd find you'll get the full 2560x1440 res.
Click to expand...

Ah, you may be right. I was under the impression that these systems' GPUs support the 30" Apple Cinema Display at native res, but going over Apple's system requirements page for it again that doesn't seem to be the case.