A recurring issue with the LG UltraFine 27-inch 5K display that causes glitches whenever the monitor is placed close to a router will be fixed, LG has announced.

Recently, reports began circulating online that LG's 5K monitor - created in partnership with Apple - suffers from flickering and freezing when placed close to a wireless router, with this behavior sometimes causing connected Macs to also freeze and require a restart. 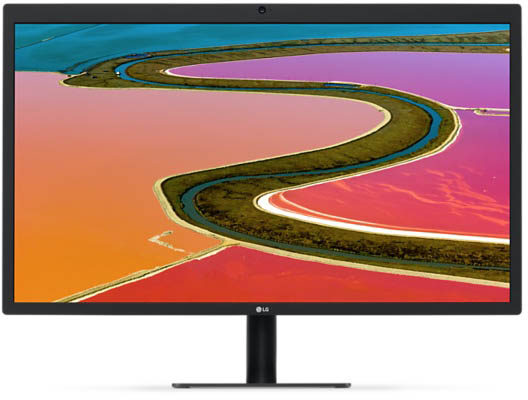 On Wednesday, an LG support person confirmed to ArsTechnica that the issue had been reported by a number of users and that it only seemed to occur with the company's Apple-approved 5K monitors. LG has now publicly apologized for the glitch and says all new models made after February will not be susceptible to the problem.

Speaking today to Recode, an LG spokesperson said that the company will resolve the problem by inserting additional shielding into newly manufactured models, which should protect against the electromagnetic radiation from routers that is likely causing the issues.

"LG apologizes for this inconvenience and is committed to delivering the best quality products possible so all LG UltraFine 27-inch 5K displays manufactured after February 2017 will be fitted with enhanced shielding," the company said in an e-mail.
Click to expand...

According to LG, existing models will be able to be retrofitted with the same enhanced shielding, allowing the monitors to be placed near routers without playing up. Owners affected by the issue are advised to get in touch with LG support using the number (800) 243-0000, or to visit their local LG seller to arrange for a repair.

Apple teamed up with LG to create both the 4K and 5K UltraFine Displays, specifically designed to work with the new 13-inch and 15-inch MacBook Pro. The displays are a successor to Apple's own Thunderbolt Display, which it discontinued earlier this year amid its departure from the standalone display business.

The 5K Display is currently available for purchase at the sale price of $974 until March 31, 2017, when the price will return to $1,299.95. Apple was recently falsely accused of hiding negative feedback about the new display on its web store, when the truth was that reviews had not yet been activated for the product page.

Whatever the reason for the initial delay, posting to the product page has been possible since January 25 and reviews have so far been mixed. LG's display currently has a 3 out of 5 star rating based on 115 reviews, but it's not entirely clear how many of them are solely affected by the router glitch.

Current owners are advised to wrap the backside in aluminum/aluminium foil.
Reactions: ex0dus1985, Delgibbons, attila and 15 others

Nothing like testing a product before release is there!
Reactions: Luap, NY Guitarist, attila and 20 others
F

between earth and heaven

Low quality strikes back...
Reactions: Hieveryone, sos47, attila and 13 others

A display with no sheilding? I suppose they were trying provide a low cost monitor to the consumer by cutting back on expensive materials like tin.
Reactions: ex0dus1985, Hieveryone, velocityg4 and 25 others

Seems some engineers at LG have brains as dry as a biscuit after a voyage.
Reactions: Hieveryone, Radeon85, clauzzz203 and 3 others
S

how do you get in touch with LG and get them fixed??? I have two and UK based...

scott_donald said:
how do you get in touch with LG and get them fixed??? I have two and UK based...
Click to expand...

Can you not bring them to an Apple Store? This is probably why people want an Apple branded monitor. They know where to bring it for service.
Reactions: ex0dus1985, Hieveryone, sos47 and 12 others

The 4K monitors report similar symptoms this problem allegedly creates, including kernel panics on the connected MacBooks. The high number of reports are keeping me from buying any of the LG UltraFine monitors. What other Retina display USB-C options are out there?
Reactions: attila, clauzzz203, ryannel2003 and 1 other person 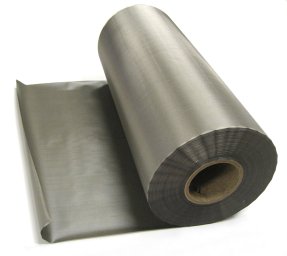 Shielded wallpaper rolls are being shipped as we speak.
Reactions: attila, Sensamic, agsystems and 5 others
F

Maybe LG left out the shielding so that screen would be thin enough to meet Apple's standards for thinness.
Reactions: RuralJuror, Delgibbons, attila and 11 others

how did nobody notice this in testing? Don't people take these things home for a month to see what actually using them is like?
Reactions: attila, Sensamic, clauzzz203 and 7 others

Shielded wallpaper rolls are being shipped as we speak.
Click to expand...

LG is offering to ship an EM shield for affected users to self install. How awesome is that!
Reactions: businezguy, Cameroncafe10a, PowerBook-G5 and 3 others

On another note. How can a big company like lg **** this up ? Emc testing is pretty much standard ....
Reactions: Delgibbons, attila, Radeon85 and 7 others

Ahhh...$1,000 for a display that took 5-6 weeks to ship and they expect people to ship it somewhere for repair. Yea right. This should result in an extended return window at any Apple Store. Essentially a recall. And, hopefully this triggers Apple to make their own display and stop suscepting Mac users to the black plastic world of PC users.
Reactions: ex0dus1985, daveheinzel, attila and 22 others

M2M said:
Seems like tinfoil hats can be usefull finally.

On another note. How can a big company like lg **** this up ? Emc testing is pretty much standard ....
Click to expand...

They **** things up just like Apple, Google, Samsung, Microsoft, Ford, Toyota, Honda, Ikea, etc. All companies make mistakes... cuz people. How they respond to the mistake is what's important.
Reactions: RuralJuror, simonmet, Cameroncafe10a and 10 others

Bet now they wish they had built their own monitor to avoid this embarrassment...

Whatever happened to "It just works."?
Reactions: clauzzz203, protoxx, Hank Carter and 4 others

M2M said:
Seems like tinfoil hats can be usefull finally.

On another note. How can a big company like lg **** this up ? Emc testing is pretty much standard ....
Click to expand...

Because this was the Apple approved version.
Reactions: Atlantico and TechGeek76
S

Given that their own monitors can now crash connected devices, maybe it's time Apple stop showing Windows PCs on a network as CRT monitors with the blue screen of death.
Reactions: Delgibbons, kiensoy, clauzzz203 and 4 others
J

JosephAW said:
A display with no sheilding? I suppose they were trying provide a low cost monitor to the consumer by cutting back on expensive materials like tin.
Click to expand...

The monitor has shielding, just not enough of it (or the existing shielding isn't in all the right places).
Reactions: Hrebik1 and ReneR

PBG4 Dude said:
Can you not bring them to an Apple Store? This is probably why people want an Apple branded monitor. They know where to bring it for service.
Click to expand...

Almost certainly not. The UltrFine monitors are not covered by AppleCare. Just a two-year, "limited" & non-transferrable (!) Warrantee from LG. [Unlike Dell, BenQ, Phillips, etc - there is no 3-year guarantee option for LG monitors]. And apparently, there are no local drop-off locations either.
Last edited: Feb 3, 2017
Reactions: clauzzz203, simonmet and Robert.Walter

swingerofbirch said:
Given that their own monitors can now crash connected devices, maybe it's time Apple stop showing Windows PCs on a network as CRT monitors with the blue screen of death.
Click to expand...

They tried a Mac version. But you couldn't read the kernal panic on such a small icon. So they decided it should automatically appear full-screen.

Taking things to the next level, Apple decided that we should also enjoy the full experience.
Reactions: clauzzz203, simonmet and Hrebik1
M

All 12 owners will be inconvenienced by needing to visit an Apple Store.

It's likely that an issue like this wouldn't have happened, because Apple would've spent more time on getting it right. But that's the problem, Apple has deemed it not worthwhile to expend their hardware engineering resource on such a small volume product.

So, you outsource, to someone who cares less.

On one hand, Apple would've made a better 5K standalone display, but on the other hand it'll be vapourware.
Reactions: clauzzz203

Whilst you're certainly correct, it's nevertheless rather astonishing that this was allowed to happen, either by Apple or LG. It isn't like some fringe case that could easily have gone unnoticed until the hardware was in millions of homes. It seems incredulous that this issue slipped through the net. My view is that it's more likely the problem was known about at launch, but that production were waiting on an engineering fix to come through. But the fact that it happened to begin with shows a rushed development cycle.

Of course, it doesn't really matter so long as their is now a fix, but it does appear unfortunately amateurish on the part of both parties, and pretty inconvenient if you're an early purchaser.
Reactions: clauzzz203, ocnitsa, Hrebik1 and 4 others
You must log in or register to reply here.
Share:
Facebook Twitter Reddit Email Share Link
Register on MacRumors! This sidebar will go away, and you'll see fewer ads.
Sign Up
Top Bottom