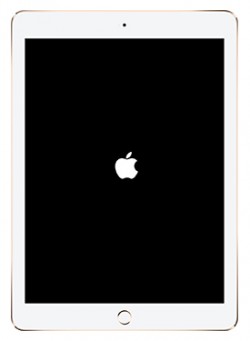 Over the past six weeks, a number of 9.7-inch iPad Pro early adopters have reported sporadic crashing issues that result in the tablet soft rebooting to the Apple logo start up screen and prompting Touch ID or passcode verification.

The bug has afflicted a wide range of 9.7-inch iPad Pro models since the tablet launched on March 31, regardless of storage capacity, color, and Wi-Fi or cellular capabilities. Both iOS 9.3.1 and iOS 9.3.2 appear to be affected.

Based on crowdsourced information from the Apple Support Communities and MacRumors discussion forums, it appears that Safari, while not necessarily the root cause of the problem, may be triggering the crashing and reboot cycles.

I have started getting random reboots. Today for the first time my 9.7-inch iPad Pro froze on the Apple screen during reboot. It seems to happen most when switching between Mail and Safari. I had to hold the on/off button to get it unstuck.
Click to expand...

Various related discussion topics have amassed over 30,000 views and 500 comments, indicating more than a few isolated users are affected.

The actual underlying problem remains unknown, but it is likely rooted in software and should be addressed by Apple in a future update if warranted, in the same vein as iOS 9.3.2 fixed iPhone SE Bluetooth issues and multiple other bugs. Most affected users report seeing "bug type 298" under Settings > Privacy > Diagnostics & Usage > Diagnostic & Usage Data.

Apple has not officially commented on the matter, but some customers that have contacted support claim the company is aware of the issue and working on a fix. In the interim, some customers have had their iPad Pro swapped out for a new model at an Apple retail store; however, for some, the problems persist. We will update this article if and as new information becomes available.

Edit: lol, because so many people just fail to understand and care too much: 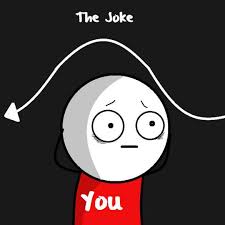 "It just works..."
Reactions: djbuddha, Oblivious.Robot, jase1125 and 6 others
Comment

Stinks that the released something that haven't been thorough tested or released with known defects.
Comment

Remember how Steve Jobs warned people around him to not act as they think he would have done?

I think Apple will have to disobey and force themselves into a "new" mindset (which is nothing but Jobs' old ethos) or otherwise give Cook a kick in the ass.
Last edited: May 21, 2016
Reactions: Col4bin, Oblivious.Robot and gramtrax
Comment

So what's the point of the betas then?
Reactions: studio¹³¹, Demo Kit, Brandhouse and 7 others
Comment

iRock1 said:
Remember how Steve Jobs warned people around him to not act as they might think he would have done?

I think Apple will have to disobey and force themselves into a "new" mindset (which is the old Jobs' ethos) or otherwise give Cook a kick in the ass.
Click to expand...

To me it was clear from the start that cook doesn't have the balls (no pun intended) to be a CEO.
Reactions: studio¹³¹, Demo Kit, koolmagicguy and 10 others
Comment

Maybe it is rejecting the Pro name.
Reactions: oopsroger, studio¹³¹, jovada and 22 others
Comment

And it's a "pro". Added bonus for free .
Comment

I want to see better stats than 'views' and 'comments'. Clicks are only proof of adequate bait.
Reactions: HenryDJP, Thunderhawks and Lancetx
Comment

Yep. This is very upsetting. Hope Apple fixes it fast because I found this related meme in my Photos app and never thought I'd actually get to use it. 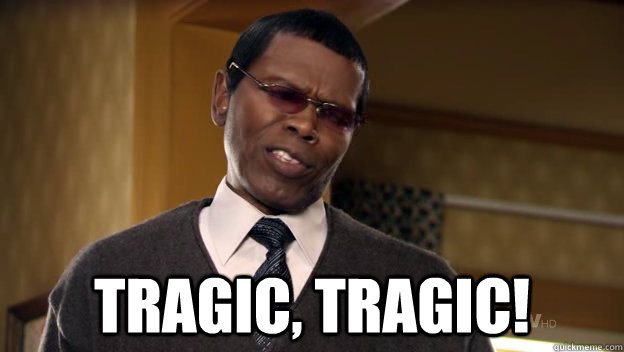 Andres Cantu said:
So what's the point of the betas then?
Click to expand...

For early adopters to use it and not even use the Feedback Assistant app . I don't think public betas ever helped any company because nobody is actually reporting these bugs.
Every bug I saw that I report got fix quickly in the next beta yet people here complain about issues throughout multiple releases.
Last edited: May 17, 2016
Comment

Hopefully it's a software restore fix.. I really don't feel like waiting at the genius bar tonight...
Comment
I

Newer GPU, so likely more shared memory needs, yet the same amount of ram as the iPad Air 2...

Glad I bought the 12.9 iPad Pro, at least with this one, "not enough ram" wont be an excuse to drop it early.
Reactions: Oblivious.Robot, GeeMillz22, jayducharme and 2 others
Comment

Obviously a problem but if you had everyone that has a Ipad Pro on this forum that updated and has had 0 problems, it would seem to me that it's a isolated problem. I would get on the phone with apple and have them sort it out pronto.
Comment

I guess I'm just lucky that I don't experience these issues then.
Reactions: AZMecha and Enygmatic
Comment

It runs like PC for the users who sold their PCs. Maybe Apple just forgot to add additional 2GB RAM?
Reactions: NGruia, Demo Kit, scott911 and 2 others
Comment
D

Well my iPad works flawlessly and everyone i know says the same.
Reactions: Enygmatic and clunkmess
Comment

Exactly, because planned obsolesce happens even though there isn't even a newer model of the 9.7 iPad Pro...
Reactions: Shirasaki and HenryDJP
Comment

dumastudetto said:
Well my iPad works flawlessly and everyone i know says the same.
Click to expand...

That's great news for you and your friends but it doesn't help those who are unlucky enough to be suffering with this problem.
Reactions: jase1125, Demo Kit, DoctorKrabs and 11 others
Comment

dumastudetto said:
Well my iPad works flawlessly and everyone i know says the same.
Click to expand...

Good for you guys. Hope people actually affected have a fix in the near future.
Reactions: Demo Kit, clunkmess and OllyW
Comment

mountain said:
Stinks that the released something that haven't been thorough tested or released with known defects.
Click to expand...


dumastudetto said:
Well my iPad works flawlessly and everyone i know says the same.
Click to expand...