A Look at Apple's Assistant Interface for the New iPhone

Apple has been rumored to be working on advanced speech recognition technology for some time.

After Apple's acquisition of Siri, TechCrunch reported in May that negotiations were ongoing with Nuance to integrate their speech recognition technology into iOS. Earlier this week, 9to5mac detailed much of what is expected to be the major new feature in the next generation iPhone to be release on October 4th. The story was met with some skepticism in our forums, but we were especially confident in the report as we had privately heard the exact same story from our sources.

The Siri/Nuance-based voice recognition Assistant will be the major new feature in the next generation iPhone and will be an iPhone 4S/5 exclusive feature. As detailed, the Assistant will allow users to speak to their iPhones in order to schedule appointments, send text messages, retrieve information and much more. Voice recognition happens on the fly and reportedly with great accuracy. 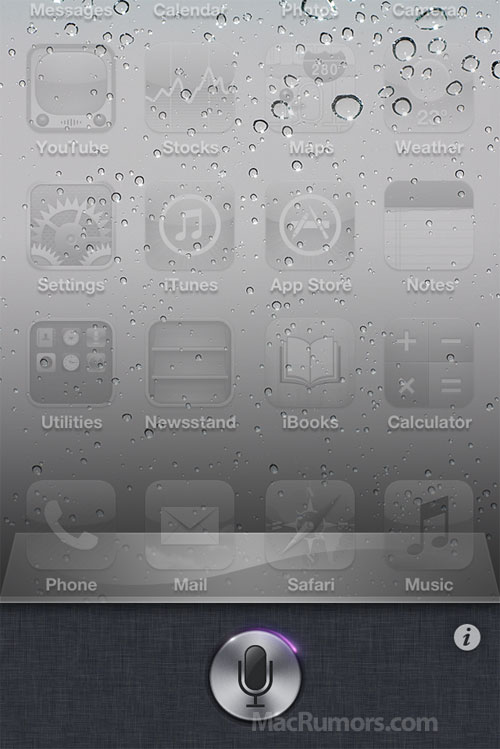 From there, the user may be taken to a conversation view that somewhat mimics Siri's original interface, but in Apple's own styling.

Based on this knowledge, we contracted Jan-Michael Cart to put together a video representation of the Assistant workflow. Cart had been responsible for a number of iOS concept videos in the past, but we wanted to mock up what the actual Assistant interface looked like. Due to the short turnaround, we know that not all elements in the video represent actual look/feel of the Assistant interface, but should show off the general workflow.

After receiving spoken commands, the Assistant shows you back the recognized text and then takes the next step. This could involve sending a text message (with confirmation) or pulling data from Wolfram Alpha. The feature is said to be one of the major differentiators for the next generation iPhone.

Apple is hosting a media event on October 4th, where they will introduce the next iPhone and these new features.

Article Link: A Look at Apple's Assistant Interface for the New iPhone

Excellent. Starbucks will now be a bunch of people talking on their phones ... to their phones.
Comment

Have they solved the problem of feeling like a complete idiot when you use these sort of interfaces?
Comment

The first thing I will do on my iPhone 5 is watch this video.
http://www.youtube.com/watch?v=fbGkxcY7YFU
Comment

Pretty cool! Would I use it? probably never, and no, I'm not just saying that because I have a iPhone 4.

Yea, it's cool but..
are people's lives quiet enough that this is useful frequently?
What about background noise?
Comment
S

If you activate it by holding down the home button, how will you rearrange your apps?
Comment

by long pressing on the app icon as usual.

I'm sorry Dave, I can't find anymore boob pictures on the internet. You seem to have seen them all.
Comment
T

Weird song choice for the video lol, does remind me of Apple videos though.
Comment
T

This is a great feature, having it stock just like Android is a good move for Apple's iOS.
Comment
B

If it is a rendering of an iPhone why does it have the 'Music' icon? Isn't that for iPod Touch?

Hypothetically speaking:
So I send a txt to Scott via the Ass.UI.
He sends one back that I then read in the Messages App (or would Ass.UI read it back?)
If I want to reply via voice-to-text, I have to go back to the Ass.UI?

Also having to "long-press" anything to initiate this kinda kills any hopes of being truly hands-free.

Tuesday will be Truthday. In iPhone Land anyway.


Tabris82 said:
If it is a rendering of an iPhone why does it have the 'Music' icon? Isn't that for iPod Touch?
Click to expand...

Because the iPod app was split into "Music" and "Videos" in iOS 5.
Comment

robbieduncan said:
Have they solved the problem of feeling like a complete idiot when you use these sort of interfaces?
Click to expand...

I imagine you would use it in a vehicle where you are either alone or you know your passengers.

I thought if you just put it up to the ear then it'll start recognizing commands?
Comment

The Siri/Nuance-based voice recognition Assistant will be the major new feature in the next generation iPhone and will be an iPhone 4S/5 exclusive feature.

Article Link: A Look at Apple's Assistant Interface for the New iPhone
Click to expand...

Bummer! They will probably argue it's because of the A5 chip - and what is with the iPad 2?
Comment

revolutionary!! Just like facetime.. you know the thing I used the first day I got the phone...

you know, i don't think i'll use it much but my god is it cool
Comment
L