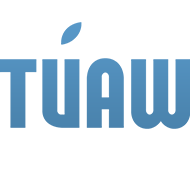 AOL will soon be shutting down The Unofficial Apple Weblog, a long-running Apple blog better known as TUAW, according to The Verge. TUAW will reportedly close next Monday, February 2, just a few months after celebrating its tenth anniversary. The website currently has 11 staff on its editorial team.

TUAW has been providing Apple news, reviews, how-tos and other content about the Cupertino-based company since December 2004. AOL gained ownership of the website through its acquisition of Weblogs Inc. in 2005. The company has three other flagship media properties in The Huffington Post, TechCrunch and Engadget.

The expected closure is part of larger restructuring plans at AOL that will also see long-running gaming website Joystiq shut down. TechCrunch reports that AOL will be laying off about 150 people, mainly in sales, and merging TUAW's Apple-related content and Joystiq into larger technology website Engadget. The majority of the layoffs will be the result of AOL shifting to more programmatic advertising.

"As we look out to 2015, our strategy and decisions will be driven by the following organizing principles," said Armstrong. "Number one, we'll focus our capital allocation resource management and management time against scaled assets and platforms. Two, we will organize our asset portfolio around scaled value and scaled growth assets. Three, we'll simplify everything that can be simplified."
Click to expand...

The impending closure of TUAW arrives not long after media company IDG announced in September that it was discontinuing the print edition of Macworld Magazine and focusing on its web-based publication. MacUser also stopped producing its computer magazine in the United Kingdom earlier this month after thirty years of operations.

Update (Jan 31): TUAW has confirmed that it will cease operations on Tues., Feb. 3.

If they actually gave away the magazines for Free on iPad with an ad based structure, I would more than likely be a daily consumer of the material. Otherwise magazines are almost becoming extinct in the realm of media, except for those that took the early plunge and adapted to digital tablet formats with or without a subscription rate.

I'm assuming all the open and ongoing contests that we signed up for and promoted will still be honored to their completion.

Macrumors is always my no 1 source for apple related news, and after that there is 9to5mac and appleinsider... I occasionally visit tuaw and imore, Sad to know another blog/publication apple related shutting down.

At least we still have iVerge

I'm a long time Mac guy but I can't actually remember the last time I visited TUAW. Sites like MacRumors were obviously crushing them.

Although even MacRumors isn't as good as it once was - too many lame, repetitive articles and too many ads disguised as articles!

Tankmaze said:
Macrumors is always my no 1 source for apple related news, and after that there is 9to5mac and appleinsider... I occasionally visit tuaw and imore, Sad to know another blog/publication apple related shutting down.
Click to expand...

I agree. I miss the days of thinksecret and the elevator shots though.

Huh. Other than MacRumors what's left for dedicated Apple news?

Think Secret is gone.
MacBytes is gone.
Macenstein rarely posts and stopped being worth reading a long time ago.
TUAW is shutting down.
J

Their app hasn't been updated since George Bush was president...

AOL is also shutting down Joystiq and a couple other of their weblogs. TUAW had been falling off content as of late, had a bunch of crappy posts... dunno if I will miss it or not...

Joystiq I will miss.

Like other people have mentioned my #1 go to site is here, and a couple other ones...

But on the bright side, it gives a new generation of bloggers space to rise up... so I will look at it as a good thing.

I usually visit 9-to-5 Mac, Cult of Mac, and AppleInsider. Or at least they're in my bookmarks =)

Well this sucks..... They are part of my morning ritual of RSS feed reading. They have some good stuff to read and peruse through. Hope it isn't true...
O

Any REAL Apple supporter can depend on Apple press releases for reliable info about the company.
D

Doesn't anyone else hit The Mac Observer?
C

This is no surprise, the rumours started earlier this week that Joystiq is getting shut down, TUAW is another property AOL wants to apparently kill... such a weird move, all these blogs are well-known and probably drive profitable traffic.

Reason077 said:
I'm a long time Mac guy but I can't actually remember the last time I visited TUAW. Sites like MacRumors were obviously crushing them.

Although even MacRumors isn't as good as it once was - too many lame, repetitive articles and too many ads disguised as articles!
Click to expand...

MacRumors does not run ads disguised as articles. A sponsored post would visibly be labeled as such and, otherwise, we are not receiving any form of compensation for publishing an article about any product or service.

Maybe now AOL can focus its resources back into developing a compatible and more relavent AOL Desktop Mac. It won't even run on Yosemite and could use a major UI update. Meanwhile I have the windows varient running in parallels and its still being updated.

Maybe MacRumors can benefit from this by scooping up a bit of this talent pool.

IIRC, AOL only paid about $20 an article for their lower-tier sites such as TUAW. That's just not enough money to get a writer to do more than copy and paste an article he read somewhere else, add a couple of new lines to it, and link back to the original.

The comment system was also plagued with spam until they updated it, and by "update" I mean "broke" because nobody could comment.

I stopped visiting TUAW long ago.

Must be another slow news day. What does AOL have to do with Apple?

Sad news. TUAW was OK. I like their product reviews even if they were sponsored. I think Apple might want to sit up and pay attention to the fact that not as many sources of information are left which are dedicated to their products.

Whoever named it should have been fired. The acronym TUAW was terrible.

AOL is still around?