Apple is facing a new class-action lawsuit in the United States that accuses it of false or deceptive marketing for the M1-powered MacBook Pro and MacBook Air, fraudulent business practices, misconduct in customer support, and violation of consumer law. 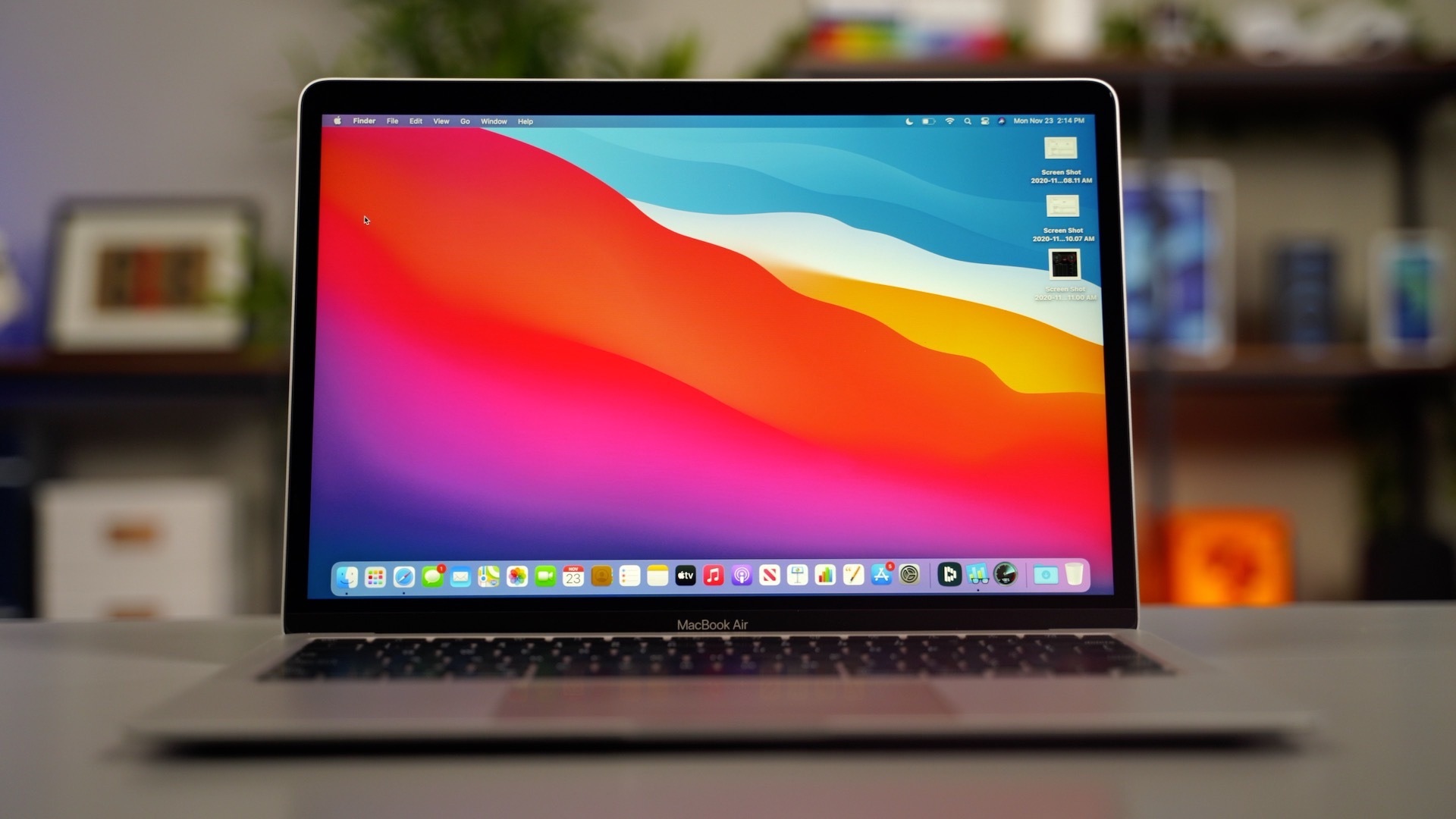 The lawsuit, filed this week in the Northern District of California, represents Apple customers across the United States who have faced hardware defects in their M1 MacBook Pro and MacBook Air.

Over the last several months, a significant number of customers have reported that the displays on their new Apple silicon MacBooks have suddenly cracked or displayed black horizontal and vertical lines, making them unusable. As the lawsuit alleges, those customers said that the cracks and malfunctions were caused by a hardware defect rather than by the user themselves.

While addressing those complaints, the lawsuit attempts to cast a larger shadow over Apple's "deceptive marketing" and "fraudulent" business practices. The lawsuit accuses the Cupertino tech giant of falsely advertising the 13-inch displays in the MacBook Pro and MacBook Air as "premium [in] quality, reliability, and durability," despite Apple allegedly knowing the opposite.

Apple is accused in the lawsuit of purposely deceiving customers by extolling the quality of the displays in the MacBook Pro and MacBook Air. According to the case, Apple engaged in fraudulent business practices since its "rigorous testing" of the displays before their release should have made the alleged defect apparent. Despite that, the company continued to release the product.

Despite this knowledge, [Apple] failed to disclose and actively concealed the Screen Defect from...the public, and continued to market and advertise the [laptops] as state-of-the-art premium and durable laptops when in fact normal operation...often results in catastrophic damage, rendering the devices unusable.
Click to expand...

"To ensure durability, we assessed the 13-inch MacBook Air in our Reliability Testing Lab, using rigorous testing methods that simulate customers' experiences," the lawsuit quotes Apple as saying as further documentation that the company was aware of the defect. The company was "reckless" in its failure to identify the weakness, the suit notes.

The lawsuit cites one customer who was quoted $480 for replacing the display in their damaged MacBook Air, while another customer was told it would cost $615. In numerous other cases, according to the suit, Apple refused to repair the displays under warranty since the company claimed they were caused by the user and considered accidental breakage.

In some cases, leaving debris between the MacBook and its lid may cause damage; however, the lawsuit states no customer had done so and that the widespread nature of the defect further proves it's a manufacturing defect rather than anything else.

The lawsuit highlights a valid point. For customers, regardless of whether repairs were paid for out-of-pocket or not, the replaced display unit would also, in theory, be defective. As a result, the suit accuses Apple of further business misconduct by placing users in a never-ending loop of faulty displays, leading to costly repairs and then "equally defective replacements."

As a result of Apple's misconduct, [customers] were harmed and suffered actual damages, including that the Class Laptops contain defective screens, have manifested and continue to manifest the Screen Defect, and that Apple has not provided a remedy for the Screen Defect. [Customers] have also incurred, and will continue to incur, out-of-pocket unreimbursed costs and expenses related to the Screen Defect.
Click to expand...

In its current form, the suit is not requesting damages or monetary compensation from Apple. Instead, it's asking that Apple reverse its "false marketing" of the quality and reliability of its MacBook displays, as outlined above, and that it "correct, repair, replace or otherwise rectify [its] unlawful, unfair, false and/or deceptive practices."

The suit provides Apple 30 days, as of August 30, to address the customers and the alleged screen defect. Once the 30 days have elapsed, with no action from Apple, the suit, representing Apple customers and others involved, will move forward to seek damages from the company.

The specific amount of damages the suit is seeking will be identified later during the requested jury trial. Though, the collective monetary damages from Apple customers who experienced the aforementioned screen defect is more than $5 million, excluding ill-gotten earnings and punitive damages caused by Apple's "deceptive practices."

An Apple spokesperson declined to comment when contacted for a response to the lawsuit.

Good luck with the lawsuit.
Reactions: aressaress, Lemon Olive, SVM_Neighbours and 6 others
T

Will be interesting to see where this goes.

I've been on the wrong end of an expensive fix for what was an obvious design flaw, similar reports all over the internet of the exact same issue ("dusty screen" for earlier 27" iMacs). It really sucks paying for something that was 100% out of your control.
Reactions: SJ Burnett, Lemon Olive, Lucidmyth and 20 others
S

Question - How many defects does it take to get Apple's attention? Answer - Enough for a class-action lawsuit.
Reactions: SJ Burnett, behdadOS, whirldy and 19 others

You will need a lot a luck

It’s all Ive’s fault you know
Reactions: DEXTERITY, u+ive, Dj64Mk7 and 1 other person

I feel like Apple has quite a lot of issues with their MacBook lines in general. I remember all the way back in 2012, when the trackpad and keyboard would leave scratches all over the display coating. Will be interesting to be the Guinea pig with the 14 inch
Reactions: SJ Burnett, Lemon Olive, Lucidmyth and 3 others

Next up it might be Apple Watch Series 7. How it’s containing Series 6 internal parts.
Reactions: DEXTERITY, RogerWade, svish and 6 others

knock on wood my M1 MacBook Air display is okay so far. However, I do hope Apple will do the right thing and start a repair/recall program to fix the defect.
Reactions: sauria, DEXTERITY, Lucidmyth and 3 others

Tim probably wants a few of these suits to help sway public opinion. It's harder to get called out for problems when it makes complainers look like they are siding with sleazebag lottery lawyers.
Reactions: RogerWade and Stenik
D

I wish them luck and hope they win.
Reactions: behdadOS, SFjohn, aressaress and 12 others
F

I'm sticking with my Intel Macs.

I'm real excited about Windows 11. I think this is gonna be a game changer for Microsoft.

Loosing the ability to run bootcamp or virtualization of Windows keeps me out of owning an APPLE silicon Mac.

So The M1 may be a little faster or even with a Core i9. No big deal to me.

My machines are repairable and upgradable.
Reactions: Mendota, ZacksWorld, ssspinball and 51 others
M

I've been burned by Apple in the past. What else is new?
Reactions: Rowdy07, mayga1, DEXTERITY and 6 others

contacos said:
I feel like Apple has quite a lot of issues with their MacBook lines in general. I remember all the way back in 2012, when the trackpad and keyboard would leave scratches all over the display coating. Will be interesting to be the Guinea pig with the 14 inch
Click to expand...

Just use PCs for one month and you will kneel before Apple. I’m an IT and works with hundreds of PCs.. they are totally crap, realibility is a joke other than quality and screen specs. MacBooks have the best screen I’ve ever used and I also work in Apple support as freelance: no issue with M1, everybody is so happy with these machines that is incredible.
Reactions: ackmondual, Rowdy07, haddy and 37 others
F

there go the sales!!

The article makes it sound like this is only happening to mac M1 users in America. Surely not right? Surely there are customers affected outside America?
Reactions: Stenik and amartinez1660

We're not a huge org but we have deployed 56 M1 laptops between the MacBook Air and MacBook Pro which I admit it not a large sample size by any means. I have had to send three off to be repaired for cracked displays. In each case, the user had no idea how it happened. Typically, I don't believe them but it is an unusually high number of repairs, historically. There may be something here but I wouldn't plan on anything coming from it.
Reactions: Lucidmyth, madquack, beatrixwillius and 15 others

wirtandi said:
The article makes it sound like this is only happening to mac M1 users in America. Surely not right? Surely there are customers affected outside America?
Click to expand...

Lawsuit is very big in America. I don’t think they are that big in other countries
Reactions: RogerWade
G

I've been getting these on and off when waking up my 2019 Intel MBA. Does this signify a hardware problem? It's been resolving itself when I shut & reopen it.

No display issues, but then I don't use mine as a frisbee or hold it by the screen. 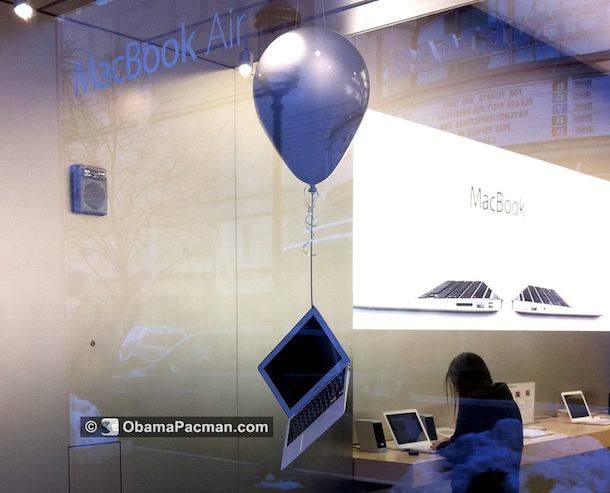 Reactions: Entamoeba7, DEXTERITY, TMRJIJ and 9 others
I

'But but....Apple only release features and technology once they know they have perfected them'

Im Joking by the way, just a sly dig at the people who think Apple can do no wrong. Waiting for the M2 Macbook before I jump in, (Intel one will do for now), hopefully these issues will be resolved by then.
Reactions: SJ Burnett, mayga1, DEXTERITY and 8 others
S

ikir said:
Just use PCs for one month and you will kneel before Apple. I’m an IT and works with hundreds of PCs.. they are totally crap, realibility is a joke other than quality and screen specs. MacBooks have the best screen I’ve ever used and I also work in Apple support as freelance: no issue with M1, everybody is so happy with these machines that is incredible.
Click to expand...

Yeah this is true. it's gotten a tiny bit better but PCs are a nightmare. Even the updates themselves are so intrusive. Heck even on my hackintosh, windows runs with so many issues/random blue screens/wake from sleep. Meanwhile, macOS Mojave runs super stable.

That being said, macbooks seem to have more issues these days. the 15" lines were even more so glitchy starting with the 2008 era
Reactions: robfoll, tardegrade, thasan and 4 others

These people are just mad they didn’t pay for the super affordable AppleCarePlus for MacBook program and then could’ve just got the whole computer replaced
Reactions: mayga1, DEXTERITY, asdex and 21 others
You must log in or register to reply here.
Share:
Facebook Twitter Reddit Email Share Link
Register on MacRumors! This sidebar will go away, and you'll see fewer ads.
Sign Up
Top Bottom