Apple today announced that Corning, the makers of Gorilla Glass, will be the first major benefactor of its $1 billion Advanced Manufacturing Fund, which was announced by Apple CEO Tim Cook earlier this month.

Corning is a long-time Apple Supplier, and its Gorilla Glass products have been used in the iPhone and the iPad for several years. Corning Incorporated will receive $200 million from Apple's new fund, which aims to foster innovation among American manufacturers and lead to more U.S. jobs. The investment will support Corning's research and development, capital equipment needs and state-of-the-art glass processing, according to Apple's press release. 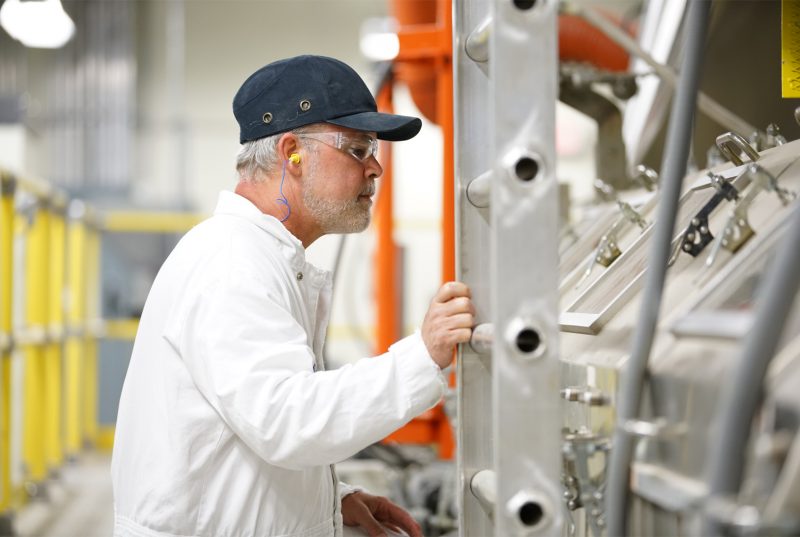 "Corning is a great example of a supplier that has continued to innovate and they are one of Apple's long-standing suppliers," said Jeff Williams, Apple's chief operating officer. "This partnership started 10 years ago with the very first iPhone, and today every customer that buys an iPhone or iPad anywhere in the world touches glass that was developed in America. We're extremely proud of our collaboration over the years and we are investing further with Corning who has such a rich legacy of innovative manufacturing practices."
Click to expand...

Apple said Corning's 65-year-old Harrodsburg facility in Kentucky has been integral to the 10-year collaboration between the two companies and will be the focus of its investment.

"Corning's longstanding relationship with Apple has not only led to significant glass innovations that have enabled new capabilities for consumers, it has also helped create nearly 1,000 American jobs and allowed us to continue growing and expanding in the US," said Wendell P. Weeks, Corning's chairman, chief executive officer and president. "This investment will ensure our plant in Harrodsburg remains a global center of excellence for glass technology."
Click to expand...

Since the founding of Gorilla Glass in 2007, the partnership has created and sustained nearly 1,000 U.S. jobs across Corning's R&D, manufacturing and commercial functions, according to Apple, including over 400 in Harrodsburg. Corning is said to have procured enough renewable energy to cover all of its Apple manufacturing in the U.S.

That's quick. Usually you have a big announcement, and then nothing happens for ages, and then everything forgets about it, and still nothing happens. In this case, Apple promised to invest $1bn, and now they've done the first 20% of that plan already. Good job.
Reactions: ronntaylor, FelixDerKater, Amacfa and 14 others

Hope that the future iPhone glass breaks less......
Reactions: redmotion, tridley68, Avieshek and 1 other person
B

So Corning has a facility in Kentucky and not Corning, NY?
Reactions: Zirel and EdRed
Y

Can't break less than the zero times it broke in my 8 years of iPhone ownership, since the 3GS.

However I don't think it will be unbreakable either.
Reactions: ikir, ronntaylor, Zirel and 15 others

I wish Corning a better fate than GT advanced
Reactions: Zirel, Vanilla35, derekamoss and 7 others

A seriously good investment. Nothing else to be said.
Reactions: cmichaelb and Return Zero
I

Corning needs the investment??? It's not like they're some new startup.
Reactions: kdarling, Cameroncafe10a, itguy06 and 8 others
W

It's not "just" Gorilla Glass, because Gorilla glass is a spectrum of glass products tuned to a given OEM's requirements (in this case the ion bath for surface tension is what makes it the Ion-x branding Apple uses). "Just" Gorilla glass leaves one with the impression that it's all one monolithic product when Gorilla Glass is technically the umbrella brand name that Corning uses.
Reactions: ronntaylor, RuralJuror, Atomic Walrus and 12 others

Sapphire display was never going to happen at a price point that was commercially feasable at the scale that apple requires. I'm suprised Apple took so much risk in that endeavor.
Reactions: ronntaylor and Return Zero

The iPhone 7 has been a lot scratching lately like the Chinese products of Vivo & Oppo. Hope, Apple uses Gorilla Glass first instead of Chinese Solutions these days.
Last edited: May 12, 2017
Reactions: matram, mi7chy and Michaelgtrusa

Unlike GT, Corning doesn't lie about what they are able to produce.
Reactions: raghu8912, ikir, jinnj and 6 others
R

But when you want your supplier to do some specific R&D focus on a product that'll directly benefit you, a little investment that'll hire more people can't hurt.
Reactions: ronntaylor, EdRed and kazmac
D

gnasher729 said:
That's quick. Usually you have a big announcement, and then nothing happens for ages, and then everything forgets about it, and still nothing happens. In this case, Apple promised to invest $1bn, and now they've done the first 20% of that plan already. Good job.
Click to expand...

As both a user and shareholder I think this is great news.

To gnasher's comment, speed is exactly the point of this fund. Let's pump the money out and make things happen. It is also, peripherally, designed to promote work in the US. Corning probably has boxes of money but they aren't going to just ramp up and hire. However, if they can use Apple's money it changes the maths.

The other motivator here is to show the US government that Apple is willing to invest inside the border and push them to allow repatriation of money held overseas at more favorable tax rates. (So this is marketing as well as production...)

There is nothing to worry about. Apple and Corning have been working together for 10 years. Corning, a highly respected company in business since the 1850s, is old school with demonstrated expertise over a wide range of technologies developed over the years. It was Corning who manufactured the 200 inch telescope mirror at the Palomar Observatory in the 1930s.

GT Advanced overpromised and underdelivered. Corning, employing more that 30,000 people and with revenue around $9 billion, and GT Advanced, could not be more different.
Last edited: May 12, 2017
Reactions: ikir, jinnj, ronntaylor and 12 others

I don't know... it just isn't the same since they stop using real gorillas to make their glass.
Reactions: lowendlinux, ronntaylor, Little dude and 3 others

This is great news. Corning is a solid company that has proven itself over the years. I live very close to Harrodsburg and have several friends who work at the facility there. While $200M may not sound like a lot in the grand scheme of things, it will be a big shot in the arm to our relatively small (but growing) community. Hopefully it will mean a few more jobs and a lot more R&D to make better stuff!
[doublepost=1494592076][/doublepost]

This isn't a venture capital fund. It's an advanced manufacturing fund. Corning is well-deserving of this investment and will almost certainly be able to provide better products because of it. Don't be fooled; Apple isn't exactly playing the risk game with their money here. They are simply doing what's in their best interest (it happens to be a win-win here).
Reactions: Amacfa, RuralJuror, spinnyd and 5 others

Could there be nice tax benefits calling this an investment instead of simply buying stuff from Corning?
Reactions: honglong1976

Yeah, thought that was a little weird myself. I won't complain too much though since I own a bit of GLW (Corning) stock.
S

Nice to see this.

>> Corning is a long-time Apple Supplier, and its Gorilla Glass products have been used in the iPhone and the iPad for several years. <<

Corning has been there since the original iPhone, which was supposed to have had a plastic display until Apple leadership (Jobs is pointed to here, but of course someone else may have pointed him to it) at the time saw what car keys would do to it in a pocket during normal use, setting off a scramble for something better but still deliver the phone on time - Corning delivered.

The scale of production needs Apple requires of its suppliers is unreal (massively large) and Apple often fronts them money to get their production infrastructure up, scaled and ready sooner than they would be able to otherwise (or push the technology along), Apple gets benefits from this making it worth while to both companies.
Reactions: ikir, ronntaylor, spinnyd and 1 other person
J

Buy a decent case if you're prone to dropping stuff.

Accidents happen, I've dropped my 6S more times than I can remember and there's not so much as a scratch on it because I've got a decent case.
Reactions: ronntaylor, spinnyd, Saipher and 1 other person