Apple is "battling to free stuck shipments" at the Indian port of Chennai after the country ramped up scrutiny of imports from China following rising tensions between the two nations. 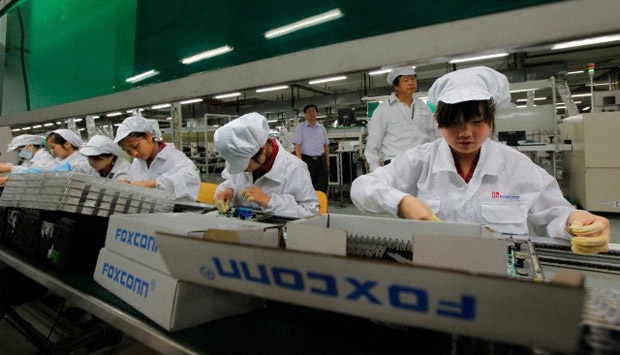 Reuters reports that customs officers at the Southern Indian port have held back more than 150 shipments of smartphones and electronic parts from China, which has disrupted operations at plants owned by Apple supplier Foxconn.

While several companies such as Apple and Dell have been battling to free stuck shipments, hundreds of employees at Taiwanese contract manufacturer Foxconn's two plants in the south had no major work to do this week as shipments were delayed, sources said.
Click to expand...

Some of the shipments are being slowly cleared, according to Reuters' sources, but the hold-up has reportedly left Foxconn in a "very bad state," resulting in many workers staying at their dormitories because of a lack of work.

The additional checks, which were apparently imposed without any formal order, follow deadly clashes between Chinese and Indian soldiers at the disputed Himalayan border last month, which has led to boycotts and demonstrations.

With concern mounting that the shipping delays are impacting businesses that have already been disrupted by the global health crisis, prominent U.S.-India lobby groups and local industry bodies have urged the Indian government to intervene. Indian government officials said the additional clearance measures for shipments from China would be temporary.

China's Commerce Ministry said on Thursday that it hoped India would "correct its discriminatory actions against Chinese companies immediately," after India banned some Chinese mobile apps amid the border crisis.

Article Link: Apple 'Battling' to Free Up iPhone Shipments as India Holds Up Imports From China

Make the stuff in the USA! And NO, it is not that much more expensive. And Apple, pay your taxes.
Reactions: Suade007, behdadOS, diandi and 63 others

I laugh at you, but not because you are funny.
Reactions: 1989MacSE30, DragoniteD, hfuhruhurr and 45 others
R

China is problematic. Virus, tensions with neighboring countries, communism... Get out of there!
Reactions: Suade007, behdadOS, klch and 41 others

GadgetBen said:
I laugh at you, but not because you are funny.
Click to expand...

If you follow Apple news you would know that Apple would do that but all that supliers are in China or around and other advantage is ability to ramp up production fast as they can hire hoards of people easily. That is not cost what stops that.

But in case of India, Apple needs to produce there to get traction there otherwise has to pay high import taxes. That kill sales.
Reactions: EndersShadow, h3ysw5nkan, Shanpdx and 1 other person

Based off your feelings? It will be MUCH more expensive and will effect the rest of the world's pricing.
Reactions: MMSZN, EddieK420, h3ysw5nkan and 15 others
F

enjoy paying double for your next apple device
Reactions: DragoniteD, MMSZN, Morgenland and 14 others
B

Gee, Tim, maybe it’s time to stop relying on an autocratic regime for the bulk of your supply chain.

Too bad the U.S. Government doesn’t have the backbone to stand with a fellow democracy, as imperfect as it may be, and do the same thing as India.
[automerge]1593689666[/automerge]

rmoliv said:
China is problematic. Virus, tensions with neighboring countries, communism... Get out of there!
Click to expand...

It’s not communism (which actually doesn’t exist anywhere in the world today). It’s the totalitarian regime.

Democracies should not let their economies be dependent on totalitarian regimes. I don’t care if it is China for electronics or Saudi Arabia for oil.

(And just for the record, I’m not a socialist nor do I support socialism for the United States.)
Last edited: Jul 2, 2020
Reactions: behdadOS, diandi, schneeland and 19 others

Seems that covid impact and economy shutdown doesn’t affect certain groups of armchair CEOs too much, or the iPhone price is not high enough yet, or delay hasn’t been a thing yet.

Are they legitimately demanding for tension and potentially a war?

You realize Apple pays more taxes than anyone, right?
Reactions: diandi, tongxinshe, Keness and 12 others

Both these countries are hard to do business in with all the gov't restrictions (and everything else). I'm not surprised at all.
Reactions: DragoniteD, SqlInjection, NMBob and 1 other person

China's Commerce Ministry said on Thursday that it hoped India would "correct its discriminatory actions against Chinese companies immediately,

the irony in this! how about you stop discrimination against your own people. Yes, Muslims are part of their country
Reactions: klch, DragoniteD, riteshritesh and 11 others

Here we go again. They make billions a quarter in profits. Of course they pay a lot in taxes and everyone knows they hide money and should be paying more.
Reactions: uuaschbaer, Oblivious.Robot, RecentlyConverted and 6 others
L

TechGod said:
Based off your feelings? It will be MUCH more expensive and will effect the rest of the world's pricing.
Click to expand...

I work in electronics HW. The main cost is labour - once a lot of it is automated (the PCBA lines use the same equipment here as in China) there is not a lot of cost difference. Even China is starting to enact environmental protections (which used to be the reason things were so cheap there) - causing Foxconn et al to look at even more emerging markets.

A problem remains ramp-up for production of 100e6 units under short lead times - and the fact that the factories can build other stuff outside of iPhone season. Unless Apple gets into the EMS business for third parties then it's hard to make that profitable.
Reactions: Ping Guo and brucemr

It’s funny how hypocritical Apple and TC is. It’s only these corporations and capitalists that are benefiting from (effectively) slave labour in China. And China is increasing its attacks on the West with the money Apple and others are giving them.
Reactions: DragoniteD, EddieK420, Oblivious.Robot and 6 others

Bet Tim is kicking down walls at the space ship.
Reactions: d5aqoëp

Maybe this is why my iPad Pro is still processing and hasn’t shipped over two weeks later. 🤔
Reactions: Will do good
C

We should stop buying anything made in china. Then we'll save a lot of money 😂
Reactions: EddieK420, Objectivist, Oblivious.Robot and 6 others

Technically they pay more taxes than you do, without actually paying taxes. Stupid, right?
Reactions: diandi, CordovaLark, Oblivious.Robot and 12 others
C

In fact, companies choose places of supply chain out of many considerations: labor supply and cost, infrastrure, industry policy, appealing to local market etc. In this case, I would think the delay is temporary due to political reasons. Apple will not significantly move its operations just due to this incident.
Reactions: Oblivious.Robot, dredlew and Agit21
W

Someday Tim Apple will pull his head out of his ass and make product in the USA.
Reactions: EvilEvil, steve333, Will do good and 6 others
S

Williesleg said:
Someday Tim Apple will pull his head out of his ass and make product in the USA.
Click to expand...

Part of the problem is the entire supply chain for the parts is all centered in China - that's where we let our industry "move everything to China" policies over the last 2 decades has gotten us. This is why its a problem now, they can't move the parts from China (where parts are made) into India where they're assembled or whatever.

So am definitely sympathetic to the desire - but we've made our beds here for the last 20 years (the U.S. citizens didn't want it of course, but the business lobbyists who've paying off the politicians and especially the business focused political parties) and its the entire smartphone industry (and the computer industry as well) at this point.
Reactions: Michaelgtrusa, phalseHUD and Shirasaki

Are you volunteering to sit in a factory all day inserting the same tiny screws into the same tiny holes with a tiny screwdriver every day for a year, for minimum wage?
Reactions: Carles20vt, damphoose, tongxinshe and 8 others

Not really arguing with their decision to ban TikTok and WeChat, that was well deserved as those are notorious for their privacy abuses.

But one thing I really don't get is why they banned DuckDuckGo in India now. DDG has no ties with China (no employees there at all and they're banned there for refusing to censor searches). Considering the timing it is probably related to all these measures against China but I really don't see the link to China with DuckDuckGo.
Reactions: Michaelgtrusa
W

cmaier said:
Are you volunteering to sit in a factory all day inserting the same tiny screws into the same tiny holes with a tiny screwdriver every day for a year, for minimum wage?
Click to expand...