Apple and Stanford University's School of Medicine are no longer allowing new participants to join the joint heart rate study that they're conducting using data gathered from the heart rate monitor of the Apple Watch, according to an updated notice on the Apple Heart Study website.

As of August 1, 2018, an enrollment termination date Apple and Stanford first announced when the study launched, enrollment is officially closed. While enrollment has ended, the study does not end until January 31, 2019, and Apple plans to continue collecting data from current participants until the completion of the study. 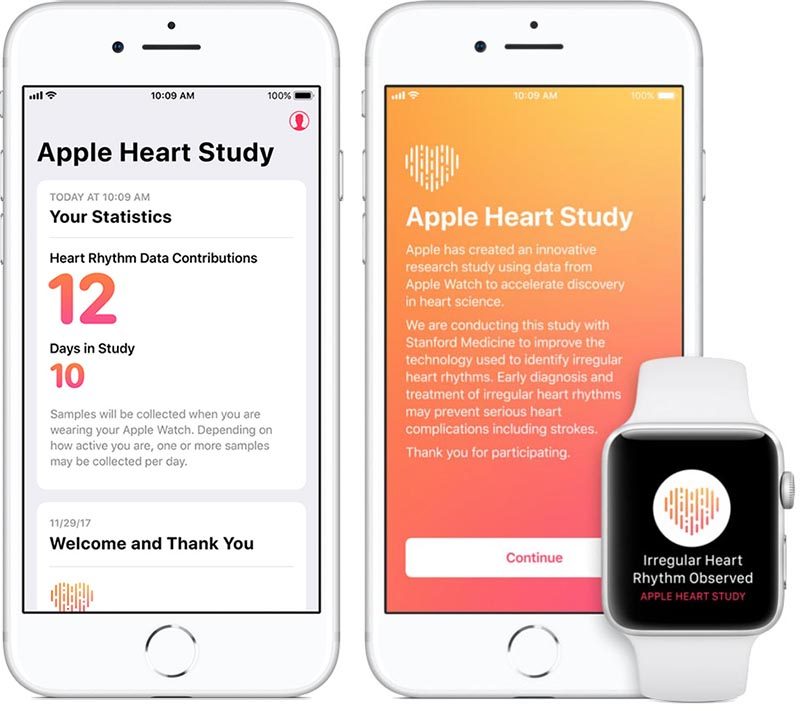 Note: Enrollment for this study is closed to new participants as of August 1, 2018. If you are currently enrolled, your participation will continue until the end of the study.
Click to expand...

The Apple Heart Study is designed to use data from the Apple Watch to identify irregular heart rhythms to determine whether the wrist-worn device can accurately detect life-threatening conditions like atrial fibrillation.

The study was previously open to anyone in the United States who was 22 years older with an iPhone 5s or later and an Apple Watch Series 1 or later.

Participants were instructed to download and install the Apple Heart Study app and wear the Apple Watch. When an irregular heart beat is detected in a study participant, a consultation with a Study Telehealth provider from American Well is offered, with some people asked to wear an ePatch monitor for up to seven days for further investigation.

One MacRumors reader shared his story using the Heart Rate Study app and the accompanying patch after an abnormal rhythm was detected:

I believe that many of you don't understand just how much effort and expense Apple has spent on developing this research program. I signed up late last year, and several weeks ago they notified me that they had read an irregular heart rhythm on my app.

I called them, talked to a Dr. on line, they sent me a state of the art medical monitor the size of an Apple watch which is applied with a sticky tape over my heart for 7 days, I kept it attached for a week, sent it back (post payed) and they contacted me within 3 days, they had me contact one of their research Drs. who went over the results of the week long monitor, they saw no further arrhythmia, and gave me confidence that the earlier abnormal pattern was not a problem, readings showed my heart strong, and healthy.
Click to expand...

Apple's Heart Rate Study in collaboration with Stanford Medicine first launched in November 2017. Atrial fibrillation, a common form of heart arrhythmia that is covered in the study, can indicate serious medical conditions like heart failure and stroke. Afib affects millions of people but often goes undiagnosed, with the study aiming to determine if the Apple Watch is able to alert people of this dangerous condition and accompanying health problems.

Other studies conducted by the team behind the Cardiogram app and researchers at the University of California, San Francisco have suggested that the Apple Watch is able to detect an abnormal heart rhythm with 97 percent accuracy. It may also be useful in detecting early signs of other diseases like diabetes, hypertension, and sleep apnea. 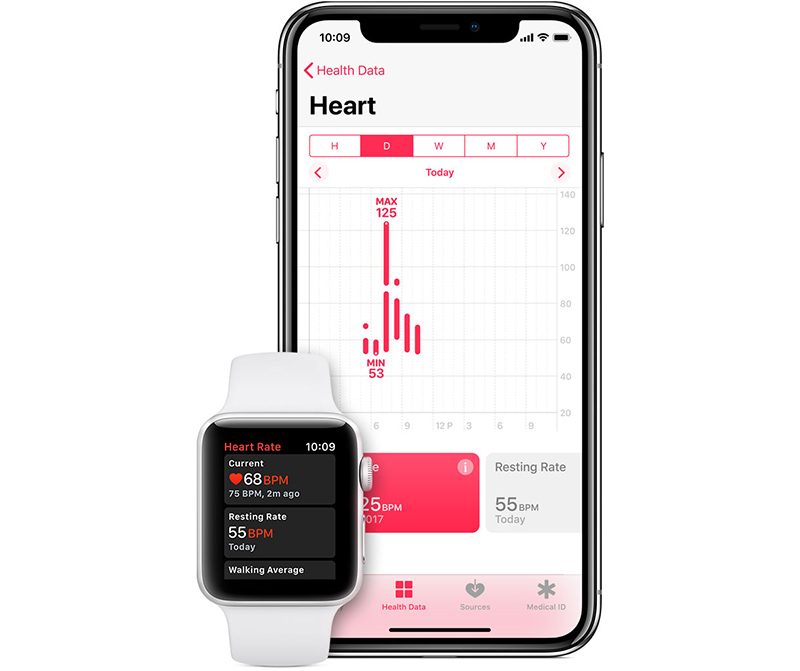 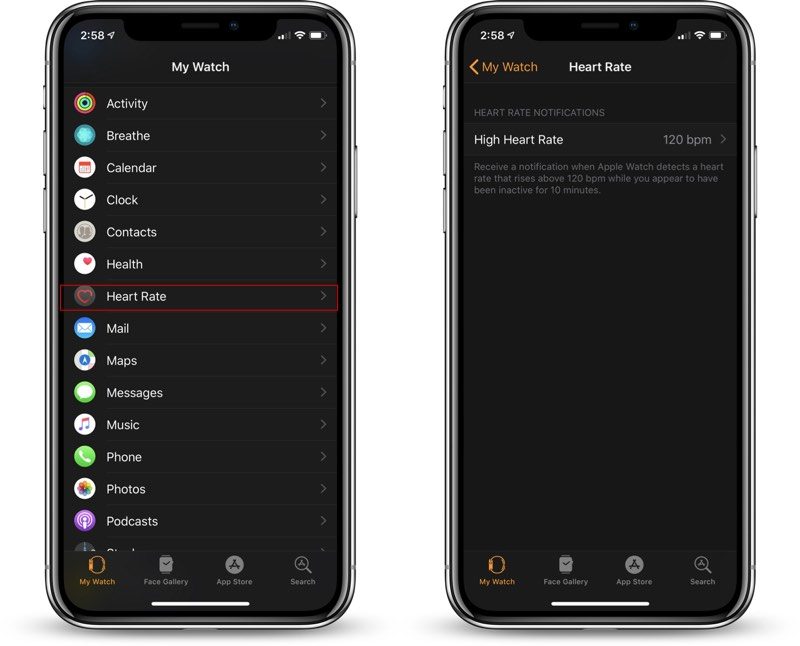 While the Apple Watch sends alerts for a high heart rate, it does not notify people of abnormal rhythms or other issues that have been detected, but that could change in the future depending on the outcome of the study.

New Apple Watch models, which are expected in September alongside the 2018 iPhones, are also said to include a new design with a 15 percent larger display.

Not a bad idea, actually.
Reactions: The Barron and tridley68
Comment

Cool! My wife and I participate.

BigMcGuire said:
Cool! My wife and I participate.
Click to expand...

Man you must be a lot more active than me. Or maybe you’re dying.

Mine thinks I’m a female though, I guess I entered it wrong when signing up. I called Apple about it when I noticed months ago and they said there was nothing they could do about it.

BigMcGuire said:
Cool! My wife and I participate.
Click to expand...

The article states "I called them." Does anyone know what number he called?
Comment

I'm not sure why, but I'm bummed. I tried to sign up the day I heard about the study, but I'm still rocking my Series 0 which is not eligible for some reason. I suppose I'll get over it some how.
Reactions: thewebb and Chaka Jon
Comment

I wanted to sign up, but then got discouraged by questions on what ethical standards the organizers would hold this data with in the future.
Reactions: dantroline
Comment

Giantscruz said:
I'm not sure why, but I'm bummed. I tried to sign up the day I heard about the study, but I'm still rocking my Series 0 which is not eligible for some reason. I suppose I'll get over it some how.
Click to expand...

Resting and walking heart rates are available only on Apple Watch Series 1 or later.
Comment

I've only been in for 27 days--signed up the day I replaced my Watch Series 0 with a Series 3. 271 data contributions.

This study is so exciting both in itself and as a sample of what may be to come. I really look forward to Apple developing enhanced health monitoring capabilities for the Watch. And I suspect that these expanded features will contribute more to my quality of life than, for example, a new Mac mini.
[doublepost=1533251434][/doublepost]

zahuh said:
The article states "I called them." Does anyone know what number he called?
Click to expand...

From the Study FAQs:

"The Apple Heart Study app will notify you if the app identifies a possible irregular heart rhythm. As part of the study, you will be able to connect to a Study Telehealth Provider from American Well, and may be sent a small, discreet sensor device called an ePatch to wear for up to seven days. The ePatch adheres to your chest and is commonly used to monitor a person’s heart rhythm. After you return your ePatch, you will receive instructions to contact the Study Telehealth Provider who will review your ePatch results with you and may recommend that you seek further medical care from your own health care provider. The ePatch and the Study Telehealth Provider calls will be provided at no cost to you. However, any further medical care you seek from your own health care provider will be at your own cost."
Reactions: zahuh
Comment

artfossil said:
This study is so exciting both in itself and as a sample of what may be to come. I really look forward to Apple developing enhanced health monitoring capabilities for the Watch. And I suspect that these expanded features will contribute more to my quality of life than, for example, a new Mac mini.
[doublepost=1533251434][/doublepost]
Click to expand...

Series 4 should bring some significant monitoring improvements. We saw nothing from Series 3 and we're overdue for an update.
Reactions: artfossil
Comment

As much as I'm critical of Apple I have to say the Apple Watch is pretty impressive for the health implications. I'm wondering wht anyone with Crohn's Disease has to say about it.
Reactions: The Barron and centauratlas
Comment

I'm glad to help out in big studies like this (600 contributions so far). I do everything from marathons to one milers (55 yrs old), so I'm sure my heart data is a nice addition. Hopefully healthy!

No phone calls yet. Fingers crossed.
Reactions: The Barron, BorgCube and artfossil
Comment

We must have been included in the same initial batch. I'm at 959 samples over 231 days. That's roughly 4.1 samples a day.
Comment

I started late. I have 556 contributions in 122 days.
Comment

mtneer said:
I wanted to sign up, but then got discouraged by questions on what ethical standards the organizers would hold this data with in the future.
Click to expand...

Care to elaborate? I don’t recall such questions, and the data collected is not associated with any personal information.
Comment
B

Oh wow. It's been so long I kinda forgot I was in this.
Comment

az431 said:
Care to elaborate? I don’t recall such questions, and the data collected is not associated with any personal information.
Click to expand...

Nothing specific from the side of Apple or the researchers involved - I just had double thoughts with the cultural background of Facebook/ Cambridge Analytica/ DNA databases etc. that have been swirling around the past several months. I know I could have answered my questions if I had put in the time to do the research and figure it out for myself, but I got too busy and erred on the side of caution.
Comment

I hope they do a phase 2 or something, perhaps with the potentially improved monitor on the next one.
Reactions: The Barron, redbeard331 and matthew12
Comment
N

Just to join the chorus - 1,477 contributions in 181 days
Reactions: The Barron
Comment

Stuff like this could be really helpful. Though I wonder if when I watched Infinity War would've messed up my results if I were part of the study.
Comment
U