Colorado resident Christopher Bryan on Wednesday filed a class action lawsuit against Apple that accuses the company of fraudulently marketing and selling the sixth-generation iPad mini despite being aware of a so-called "jelly scrolling" defect with the device, according to court documents reviewed by MacRumors. 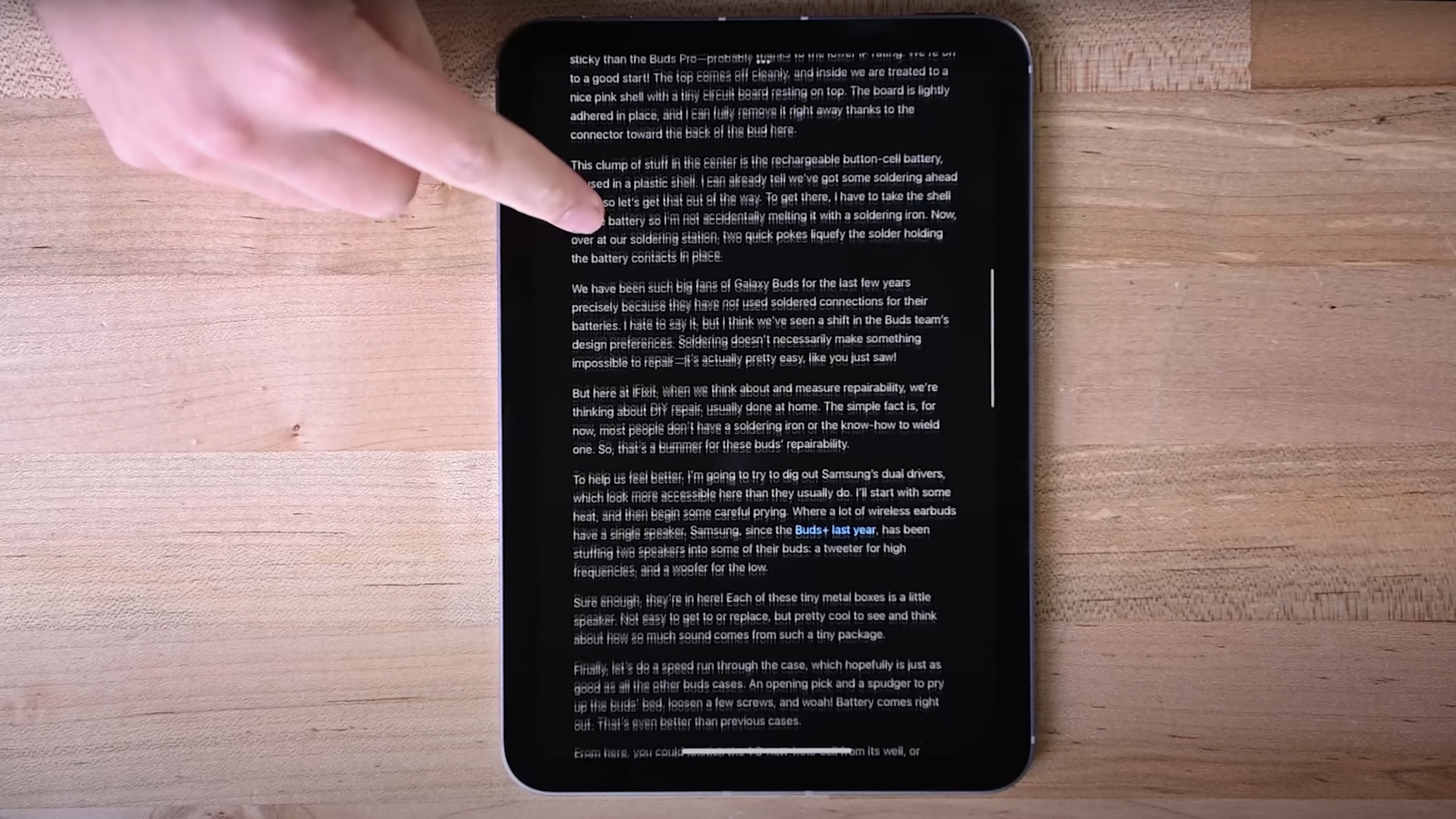 The complaint, filed in Northern California district court, alleges that Apple is aware of the defect, yet continues to sell the iPad mini without fixing the defect or amending its marketing materials to reflect the existence of the defect.

In late September, an Apple spokesperson said the effect is "normal behavior for LCD screens," according to Ars Technica's Andrew Cunningham. iFixit also said the effect is common for displays, but the repair company speculated that it may be more prominent on the new iPad mini due to the display's controller board being mounted vertically inside the device, rather than horizontally like in the fourth-generation iPad Air.

The lawsuit seeks damages in an amount to be proven at trial for any person in the United States who purchased a new sixth-generation iPad mini. The proposed class still has to be certified before the class action lawsuit can proceed.

It kept me from purchasing one, but class action lawsuit? Nah
Reactions: nab0kov, Frankenstein's Fat Foot, Tim Apple’s Glasses and 59 others

lol yeah these suits are really just to mar the company name in mud.
Reactions: Frankenstein's Fat Foot, msackey, Boyyai and 25 others
M 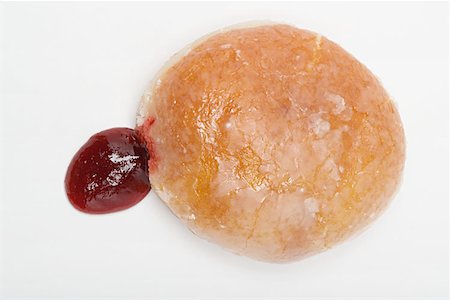 Why didn’t he take advantage of the return policy? He had 30 days to decide ?

Not sure what’s going to happen to this lawsuit. But I had a feeling this was coming. Apple might as well send him a new iPad mini without the jelly scrolling or he can just purchase the iPad Pro models? That’s a good alternative too.
Reactions: TropN, macsplusmacs, svish and 30 others

I couldn't deal with it so I sent mine back on launch. I was in the Apple store the other day and had another play with the mini and it's still just as bad.
Last edited: Feb 10, 2022
Reactions: antiprotest, MagMan1979, Ion-X and 20 others

I would take a loss and buy an updated model if they could fix the issue. Its something I noticed right out of the box but like it too much otherwise to send it back. It just leaves me hopeful something will change in the future if nothing else, move the controller back to the orientation used on the 5th gen. I never saw it with that one.

Edit: I had to add to this. No, it really sucks that its so visible, no need to hold back. I am living with it but wish all the time it was not a thing.
Reactions: Tim Apple’s Glasses, GuruZac, amartinez1660 and 10 others

i got one, after iphone 13 pro screen I could not bare to look at the mini screen quality. it was really bad in my opinion, i gave it to my tiny nephew.. he loves it although he complains about not having a lidar scanner for his memoji’s ?
Reactions: TropN, NoelWalker, Matti_ and 15 others

I hope a judge just throws this crap out.
Reactions: ingik, TropN, Frankenstein's Fat Foot and 57 others
M

Just to be clear, this lawsuit concerns complaints that a technology operates the way it is understood to operate.

How about we open a class action lawsuit complaining that the iPad doesn’t **** out jelly flavored donuts from it’s charging port? I want donuts!
Reactions: blob.DK, MagMan1979, GuruZac and 18 others
K

These lawsuits are tiring. This is a free market economy, if you don’t like the product, buy something else next time. Bad product design is not illegal.
Reactions: TropN, mjbadagliacco, Solomani and 20 others

Taipan said:
These lawsuits are tiring. This is a free market economy, if you don’t like the product, buy something else next time. Bad product design is not illegal.
Click to expand...

I don’t understand why people don’t take advantage of the return policy. It’s there for a reason.

Not happy with it… return it. Simple as that.
Reactions: TropN, mjbadagliacco, Solomani and 42 others

This lawsuit will go nowhere. They lost as soon as they said ‘defect’.
Reactions: mjbadagliacco, MagMan1979, iGeneo and 5 others

How about returning the iPad within Apple’s return window??? Problem solved. Nobody is entitled to damages from this whatsoever.
Reactions: Frankenstein's Fat Foot, mjbadagliacco, Solomani and 17 others

What cracked me up is... My first and middle names are Christopher Brian and I live in Colorado, and I have a mini. I had to think, did I sleepwalk a lawsuit?
Reactions: NoelWalker, msackey, ImaginaryNerve and 40 others

If you're being honest you're lucky. Its obvious. Not that everyone is put off by it but to say you dont even notice it is hardly believable. They said themselves its there and normal so its not like it has not been acknowledged.
Reactions: tommyminahan, thexash, PC_tech and 8 others

I recently got a mini 6.
If I pay attention I can see it. But if I’m just reading stuff as I usually would, I don’t notice it.

Also, it’s noticeable on my iPad Air 3, too. Not as pronounced by far, but it does have it.

I wonder how many less tech-savvy people wouldn’t have noticed it or not seen it as a defect/error/issue if it hadn’t been pointed out in reviews.
It’s been clarified a couple of times now that it’s present in any LCD to a certain degree, after all, and I can’t remember ever seeing people complaining about it before.
Reactions: macsplusmacs, mjbadagliacco, amartinez1660 and 9 others

I use this iPad everyday and don’t even notice the jelly scrolling affect and the display looks fine ?
Reactions: cristianvaldez, mjbadagliacco, amartinez1660 and 9 others

Jelly scrolling is really not noticeable...but the frame drops on the Mini 6 are very noticeable. It is the one iOS device I own that "feels" laggy (And that is comparing to other 60hz screens, even the $329 iPad.) I feel they may have silently binned the GPU in the mini and it can't handle the resolution. Reminds me of the first retina iPad (3 I think?) where the processor just couldn't handle the massive resolution increase.
Reactions: amartinez1660, Reggaenald, turbineseaplane and 1 other person

Sure, since COVID and being stuck at home, time flies… but did not notice it’s already April 1st
Reactions: MagMan1979, SDJim, valleian and 1 other person
B

It happens in some degree on every LCD / OLED device depending on orientation. It isn't a defect, it is a decision Apple made to change the inevitable jelly from landscape to portrait.

What the hell happened to just not buying something?
Reactions: mjbadagliacco, MagMan1979, SFjohn and 4 others
M