Apple appeared in Los Angeles Superior Court on Thursday to argue that it shouldn't be held liable for iPhone-related distracted driving accidents, in response to a lawsuit filed against the company earlier this year. 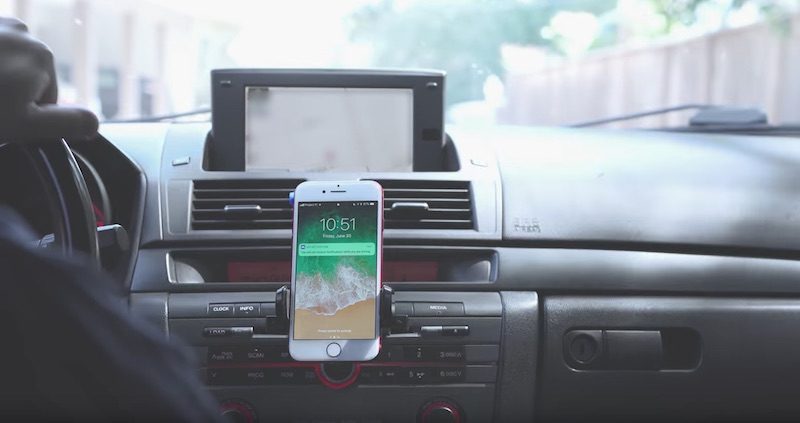 California resident Julio Ceja filed a class action complaint against Apple in January, accusing the company of placing profit before consumer safety by choosing not to implement a lock-out mechanism that would disable an iPhone's functionality when being used behind the wheel by an engaged driver.

Ceja said his vehicle was involved in a collision with another vehicle in which the driver was texting on an iPhone.

Apple, however, told the court that it's a driver's fault if they choose to misuse an inherently safe iPhone while operating a vehicle. Apple essentially said it cannot be blamed simply because it manufactures the device, according to court documents filed electronically and obtained by MacRumors.

Just yesterday, a U.S. district court in Texas dismissed a similar distracted driving lawsuit brought against Apple last year. In that case, Meador v. Apple, Inc., the plaintiffs accused Apple of failing to automatically disable a user's ability to operate an iPhone while driving, and of improper marketing.

When a driver negligently operates her vehicle because she is engaging in compulsive or addictive behaviors such as eating food, drinking alcohol, or smoking tobacco, it is the driver's negligence in engaging in those activities that causes any resulting injuries, not the cook's, distiller's, or tobacconist's supposed negligence in making their products so enticing.

Similarly, her decision to direct her attention to her iPhone 5 and maintain her attention on her phone instead of the roadway is the producing cause of the injury to Plaintiffs.
Click to expand...

Apple has faced similar lawsuits in the past. In response to one filed in Texas in 2015, Apple indicated the responsibility is on the driver to avoid distractions in a statement provided to The New York Times:

"We discourage anyone from allowing their iPhone to distract them by typing, reading or interacting with the display while driving," Apple said... "For those customers who do not wish to turn off their iPhones or switch into Airplane Mode while driving to avoid distractions, we recommend the easy-to-use Do Not Disturb and Silent Mode features."
Click to expand...

Ceja's lawsuit mentioned a patent for a motion analyzer that would detect whether a handheld device is in motion beyond a certain speed. A scenery analyzer would then determine whether the holder of the handheld device is sitting somewhere other than the driver's seat. Otherwise, the device could be disabled.

Apple hasn't gone as far as implementing any of those functions, but in iOS 11 it introduced Do Not Disturb While Driving.


Do Not Disturb While Driving is an optional setting that, when enabled, turns on whenever an iPhone connects to a vehicle via Bluetooth or detects rapid acceleration. While active, the feature mutes all incoming phone calls, notifications, and text messages, and the iPhone's screen stays off completely.

For text messages, there is an option to send your contacts a message that lets them know you're driving and will get back to them later. In an emergency, a person who is attempting to contact you via text while you're driving can break through Do Not Disturb by sending a second "urgent" message.

They’re right. It all comes down to personal responsibility, as it does with most things in life
Reactions: Steve121178, itsjordieduh, tridley68 and 103 others

How could anyone possibly think this is Apple's fault? If there was ever a frivolous lawsuit, this is it.
Reactions: itsjordieduh, f1rd720, tooloud10 and 52 others

and the sooner we each take responsibility for our own actions, instead of trying to sue our way to riches, we will be a better nation
Reactions: urbanleopard, itsjordieduh, jovada and 39 others

Correct. Apple is not liable.
Reactions: f1rd720, Solver, LCPepper and 11 others
A

This is almost like suing Jack Daniels for a drunk driver
Reactions: ElQuesoFrito, jovada, thekeyring and 71 others

Buy an LG, you won’t be distracted, because the phone will be bootlooping while you drive!

This is simply ridiculous!

I never text while driving, it's simple enough to just ignore the damn phone.
Reactions: jef82, Harry Mlondobozi, Howyalikdemapls and 7 others

While we’re at it, let’s sue the inventor of newspapers 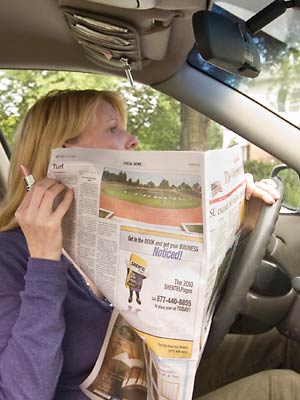 The responsibility lies with the motorist. Simple.


But people can't take responsibility for their own poor choices...
Reactions: tridley68, Solver, Harry Mlondobozi and 5 others
B

Exactly. Where does this stop? Sue the cosmetics manufacturer for the person putting on mascara while driving, the drive-through chain for the person eating?
Reactions: Shmet, wwetech, OriginalAppleGuy and 8 others

It's not just "almost like", it is.
Reactions: wwetech, Harry Mlondobozi, Jimmy James and 7 others

Another reason why people suck. You can’t legislate bad habits out of people, what the user chooses to do is their choice - for better or worse.
Reactions: Solver, gijoeinla, centauratlas and 2 others

Clearly, it was the tire manufacturer's fault. If they didn't have those tires, there's no way the vehicle could have collided with the other one.
Reactions: Solver, wwetech, Harry Mlondobozi and 3 others

How is this in even a court case? Does the US not have a law against using your phone whilst driving like we do in the UK or something? Is that seriously it?

If that is the case... Jeez... just add it to the list of laws you should have that the rest of the world already goes by, I guess?
Reactions: Morgenland, Solver and Brandhouse

You Americans and your lawsuits!
Reactions: wwetech, Prof., bruinsrme and 15 others

I reminds me of the Simpsons with Homer Simpson playing a driving game on his iPhone while driving the car.
Reactions: wwetech, Harry Mlondobozi, Jimmy James and 2 others

My burger distracted me while driving! I'm suing Five guys!

If instead it was a drunk driver, who was Julio going to sue?
Reactions: Solver, wwetech, duffman9000 and 2 others

If people took responsibility for their own actions pointless cases like this wouldn't be started let alone make it to a court room.

It would also be nice if people would look where their walking when out an about rather than staring at a phone screen. Saturdays in a city centre are like an obstacle course with phone addicts.
Reactions: Solver, Will.O.Bie, kazmac and 1 other person
A

well to be just like, he would have to sue the automobile industry for not having a kill switch if alcohol is detected on driver lol
Reactions: Jimmy James, Tobby and SamRyouji

So the other day, I got into an accident because the other person sneezed. I have decided to sue the bacteria, virus, and any allergens that caused the sneeze. That'll teach those fools. See you in court all you microscopical organisms. Since some people sneeze when they look at the sun, I'm also including the sun.
Reactions: wwetech, abunawas, Sunshoopa and 7 others

Wow, wonder if we can sue the radio stations because we may change the channel while driving? Surely its their fault for not playing what I want to hear at that moment causing me to change the channel and rear-ending someone, yes? I mean there is no way that could be MY fault for not paying attention. Heck we can include the radio manufacture too for not locking out the change dial while moving.

In all seriousness, I hope the judge fines them for wasting his and the courts time on stupid sh** like this.
Reactions: Jimmy James, Tech for Kings, Insleep and 1 other person
I

This is stupid. You cannot blame your iPhone for making you crash your car.
Reactions: Jimmy James and Avieshek

Anyone who files a lawsuit like this is essentially admitting they have no awareness of nor control over their own actions as it relates to the safety of other citizens. They should immediately be locked away in a padded room for the rest of their life to ensure they don't continue to be a danger to others.

This is no different than people wanting to hold gun manufacturers liable for the illegal use of weapons. An object is generally not inherently unsafe, it is its misuse by a person that results in injury and that person needs to be held responsible.
Reactions: Jimmy James, mr_matalino, M5RahuL and 2 others

dannyyankou said:
They’re right. It all comes down to personal responsibility, as it does with most things in life
Click to expand...

DrJohnnyN said:
Correct. Apple is not liable.
Click to expand...