Florida resident Jason Colon was listening to his AirPods while at the gym this week when they started to malfunction, and a white smoke allegedly started pouring out.

According to Colon, he then left the AirPods sitting on a piece of gym equipment and ran to get help, and when he got back, one of the AirPods was charred and destroyed. 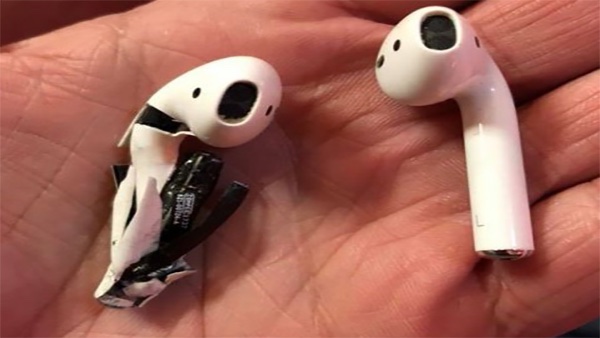 It appears no one else at the gym was around to see what happened to the AirPod, so it's not clear if the device did spontaneously explode. There have been no prior reports of issues with AirPods, but it is not uncommon for iPhones and other devices to see one off battery issues that can result in fire.

According to an Apple spokesperson, Apple is investigating the incident and will be reaching out to Colon to figure out what happened.

Didn't Apple say that the Airpods are not sweat-proof?

I'm betting he was sweating at the gym and the nice conductive salty sweat worked its way inside and shorted things out.

Still, they shouldn't catch freaking fire when this happens. It's a bit scary!
Reactions: tennisproha and HiRez
Comment

From a Flow Rida man named Colon... this is just too perfect.
Reactions: Marshall73 and B4U
Comment

There must be very few things worse tan having an explosion right in your ears.
Comment

What people will do to make a buck...any evidence of fire will be on the piece of equipment.
Comment

Another good reason NOT to remove the headphone jack.
Reactions: itsmeaustend, Suckfest 9001, djbuddha and 6 others
Comment

patent10021 said:
That must have been earitating. That's just plain earresponsible.
Click to expand... 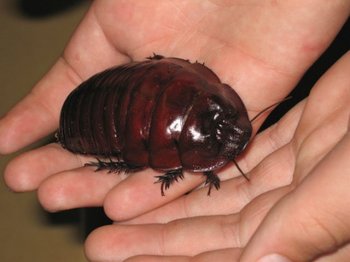 This is the result of listening to Coldplay.
Reactions: PinkyMacGodess, MikaLoop, AlphaHumanus and 8 others
Comment

patent10021 said:
That must have been earitating. That's just plain earresponsible.
Click to expand...

What in the sweet Lord’s name is the purpose for that terrifying man-sized bottom-feeding grub bug. It’s like something off Starship Troopers, except less endearing and more revolting.

I would have been perfectly happy spending the rest of my days not knowing that existed.
Reactions: MikaLoop, Capeto, Roadstar and 8 others
Comment

Bass must have been explosive!
Reactions: TMRJIJ and 341328
Comment
B

Went to get help?

Throw on floor an stomp?
Reactions: globol and TonyC28
Comment

I still find the picture to be offputting. The hand and fingers look to be the right scale, but the airpods look shorter and fatter. Even if you angle the airpods and take a pic, there is no angle to create that illusion. Then I thought.....perhaps the pictures is incorrectly scaled, but again....the palm and fingers look correct. So what is the deal with this pic?

I have always found mine to get warm in my ear, at first it bothered me but now I’m used to it. Hope nobody ever has this happen when they are wearing them!
Reactions: imronburgundy, gixxerfool and Peter K.
Comment

Wow, a negative story about Apple the day a new product is released, never seen that before.
Reactions: orbital~debris, MLVC and Black Tiger
Comment

Apple is handling this wrongly. The best course of action is to not do anything till companies start to ban your product on flights and such.
Reactions: zsbradt, Norwegian_Imposter and orbital~debris
Comment

The first report of fire and also the first one after being released for more than a year?

I’ll file this under manufacturing defect.
Reactions: Jamalien, orbital~debris, R.P and 3 others
Comment

You listen to Nickelback and this kind of thing eventually happens...
Reactions: PinkyMacGodess and MDF314159265
Comment

Wait there was white smoke coming out of it and NO ONE saw it? No security camera footage? Yeah oh ok.
Reactions: orbital~debris
Comment

Maybe. But someone else alluded to that it could possibly be due to the fact that these are not water resistant, and if Moisture got inside the AirPods or affected a component, which could have triggered some reaction causing the AirPod to react the way it did. None the less, Apples engineers will definitely Conduct an investigation on the matter.
Last edited: Feb 8, 2018
Reactions: SMacDuff
Comment

timborama said:
Another good reason NOT to remove the headphone jack.
Click to expand...