I just checked out the iPad page on Apple's site and discovered this new link
http://www.apple.com/ipad/guided-tours/

I'm checking out the videos now.

Hopefully Apple will have daily little tidbits each day just to get me thru this rough period of having an iPad shipped but still not being able to touch it.
Comment

I watched them all, some things are new to me. I like the dictionary in ibooks and the word processor app, I thought I read something about wikipedia search as well, maybe that was from one of my dreams, but hey you never know.
Comment

tapping the address bar in safari also brings up a bookmark bar. That is pretty slick; I was kinda bummed out there was no bookmark bar. It's a nice surprise.

Damn - cant watch these at work

Cant wait for reviews to start rolling in!
Comment

You can continue an email search to include all messages on server, right from within Mail. GIDDYUP.
Comment
S

anthonymoody said:
You can continue an email search to include all messages on server, right from within Mail. GIDDYUP.
Click to expand...

Isn't that the same as iPhone? And does it search just content - or just to/from/subject, etc?
Comment
F

Cant wait for reviews to start rolling in!
Click to expand...

No discussing on doc storage nor print options.
Comment

samcraig said:
Isn't that the same as iPhone? And does it search just content - or just to/from/subject, etc?
Click to expand...

I can't get the choice to continue to the search on the server to appear on my iPhone. So it seems new.

Had to look back at the video, but on the iPad the initial choices are the same as the iPhones: From To Subject All. Not content far as I can tell.

THAT is a bummer. Need an app for that...
Comment
S

Anthony - I believe it all depends on whether or not you're using POP, Exchange Server, etc.

Because some of my email addresses don't give me the option to continue to search on the server and some do...
Comment 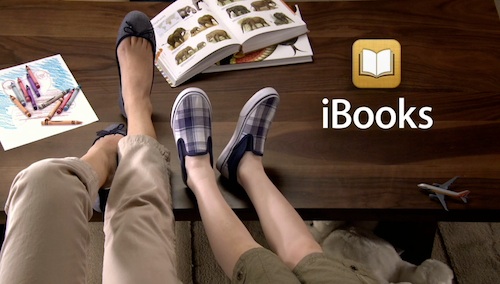 Apple today posted a series of guided tours for the iPad, gearing up for the device's launch in the U.S. later this week. The 11 guided tours cover basic features such as Safari, Mail, Photos, and iPod that should be familiar in at least basic concept to iPhone and iPod touch users. The iPad's larger screen, however, has allowed Apple to enhance those applications for a richer user experience. Also included are tours of Videos, YouTube, and iTunes.

As far as offerings unique to the iPad, Apple has also posted guided tours of the iBooks application that will interface with the company's iBookstore for eBook content and the iWork for iPad suite that will bring Keynote, Pages, and Numbers to the iPad.

The new guided tours section is featured prominently as one of the main tabs in Apple's iPad section and should offer users a good perspective on what they can expect from Apple's long-anticipated tablet device even before they get their hands on one.

I was hoping we might get some guided tours ahead of the launch!

I saw these earlier and wasn't sure if they were new. Really good looking, particularly Mail; I can see myself using that as my main client.
Comment
I

Never before have I wanted a piece of hardware like I want the iPad. Shoot, i waited in line for 4 hours for the original iPhone. But the iPad, it's like on another planet. I envision dozens of ways it will improve my productivity in life and in ministry.
Comment
D

Very cool. Makes me want one even more, though I can't get one at launch.
Comment
E

From looking at the iWork guided tour videos there is no doubt that printing is not going to be an option. Bummer
Comment

All good and looks great but when do we get it in UK and for how much???
Comment

Am i the one who couldn't stop laughing at the letter-boxing of 'HD' videos.

I dunno...i'm just not convinced about the device.
Comment

I have to say, after watching this video you really see how polished this device really is. Great job Apple.
Comment
J

I'm drooling over iBooks. The ability to change the brightness right in the app is amazing. It's one of my favorite features in the Stanza app and I'm very happy to see it adopted here. Also, the dictionary feature looks top notch.
Comment

londonmystery said:
All good and looks great but when do we get it in UK and for how much???
Click to expand...

daneoni said:
Am i the one who couldn't stop laughing at the letter-boxing of 'HD' videos
Click to expand...

You probably are the one.